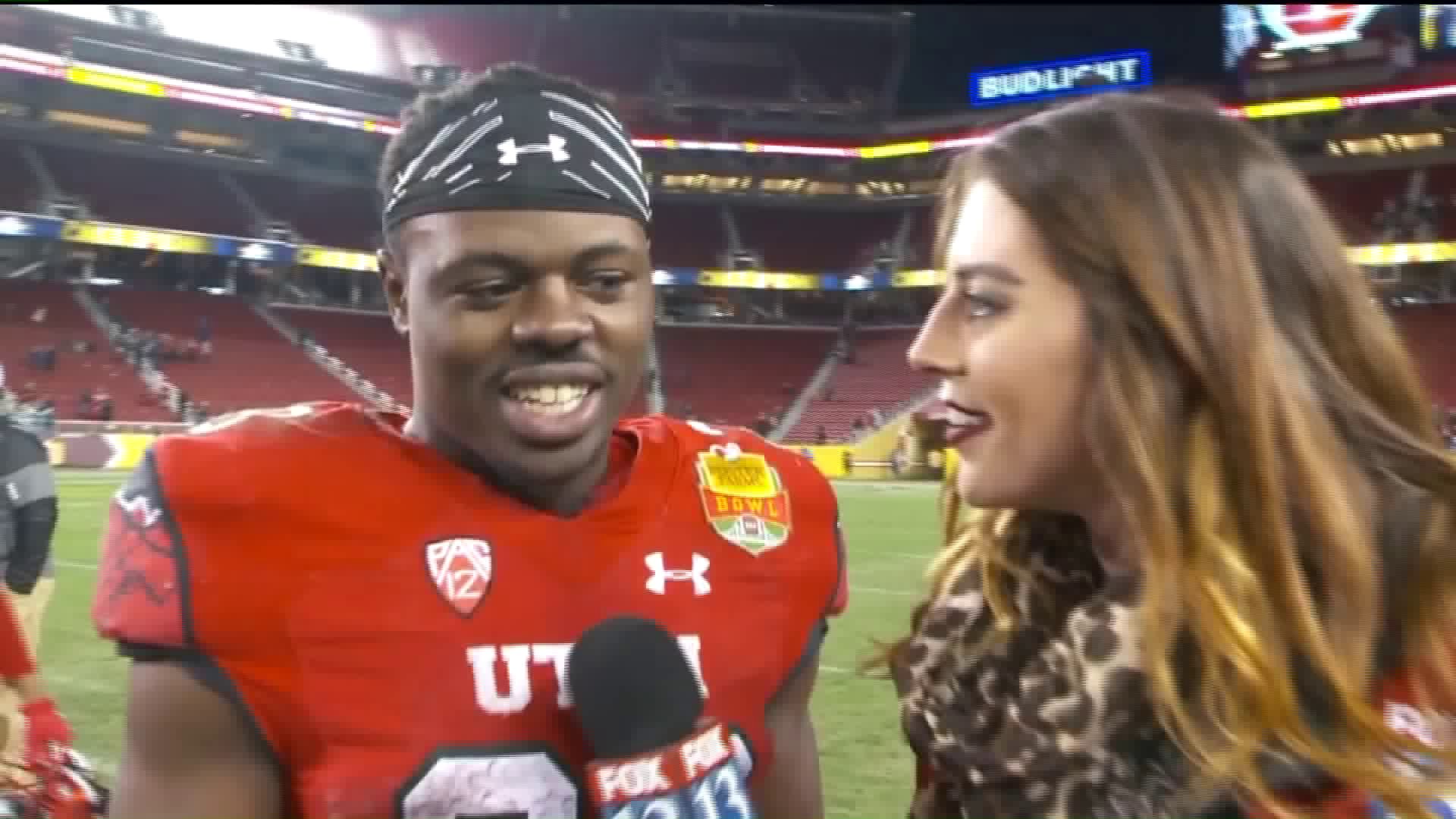 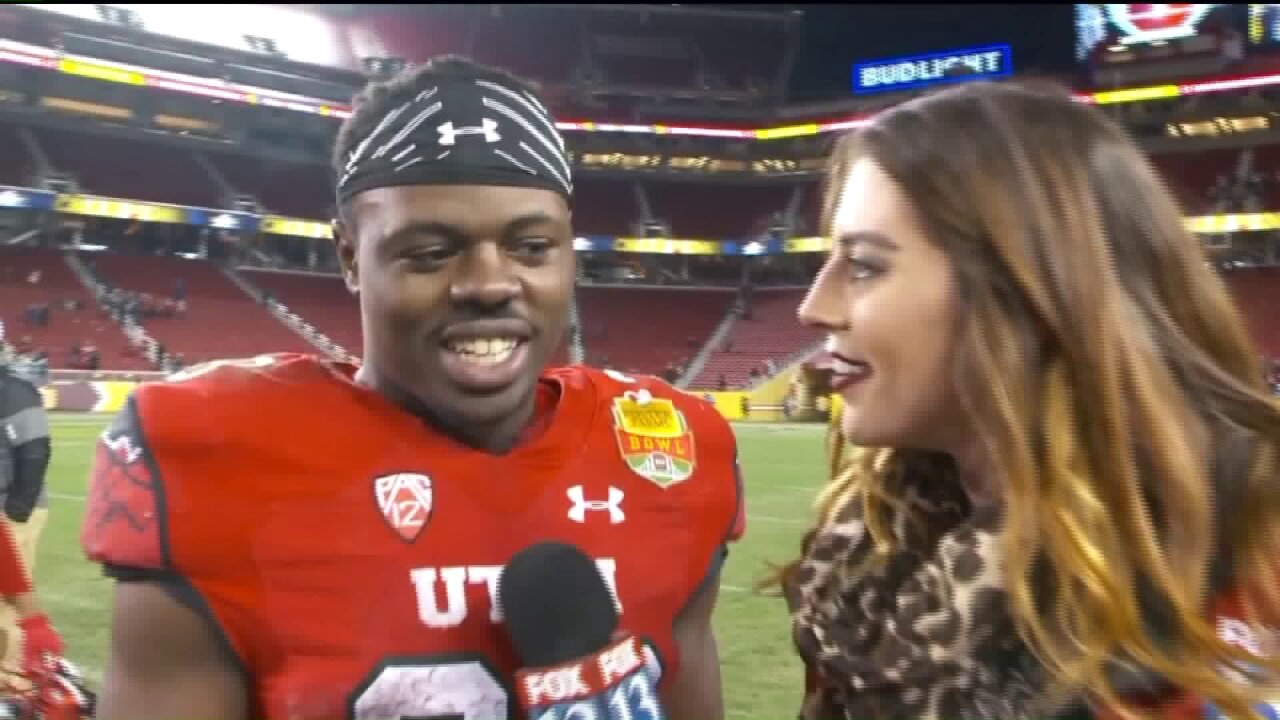 SANTA CLARA, Calif. -- Joe Williams rushed for 222 yards and a touchdown and Andy Phillips kicked four field goals, including the game winner with 1:24 to play, to lead Utah to a 26-24 win over Indiana in the Foster Farms Bowl Wednesday.

It didn’t start well for the Utes. Indiana forced a fumble on the opening kickoff, which set up a a touchdown pass from Richard Lagow to Mitchell Paige to give Indiana a 7-0 lead.

Indiana rallied back and tied it up at 17-17 just before the half on a touchdown pass from Zander Diamont to Nick Westbrook, and they took a 24-23 lead on a three-yard touchdown run from Devine Redding in the fourth quarter. But Williams ran for 64 yards on Utah’s final drive to help set up the winning kick from Phillips.

“It’s awesome,” Williams said. “How the regular season ended, we had a little bit of a bitter taste in our mouth, but we prepared well, we bounced back, and that’s what Utah football is, just being able to come back and fight adversity.”

The Utes end the season with a 9-4 record, and they improve to 10-1 in bowl games under head coach Kyle Whittingham.