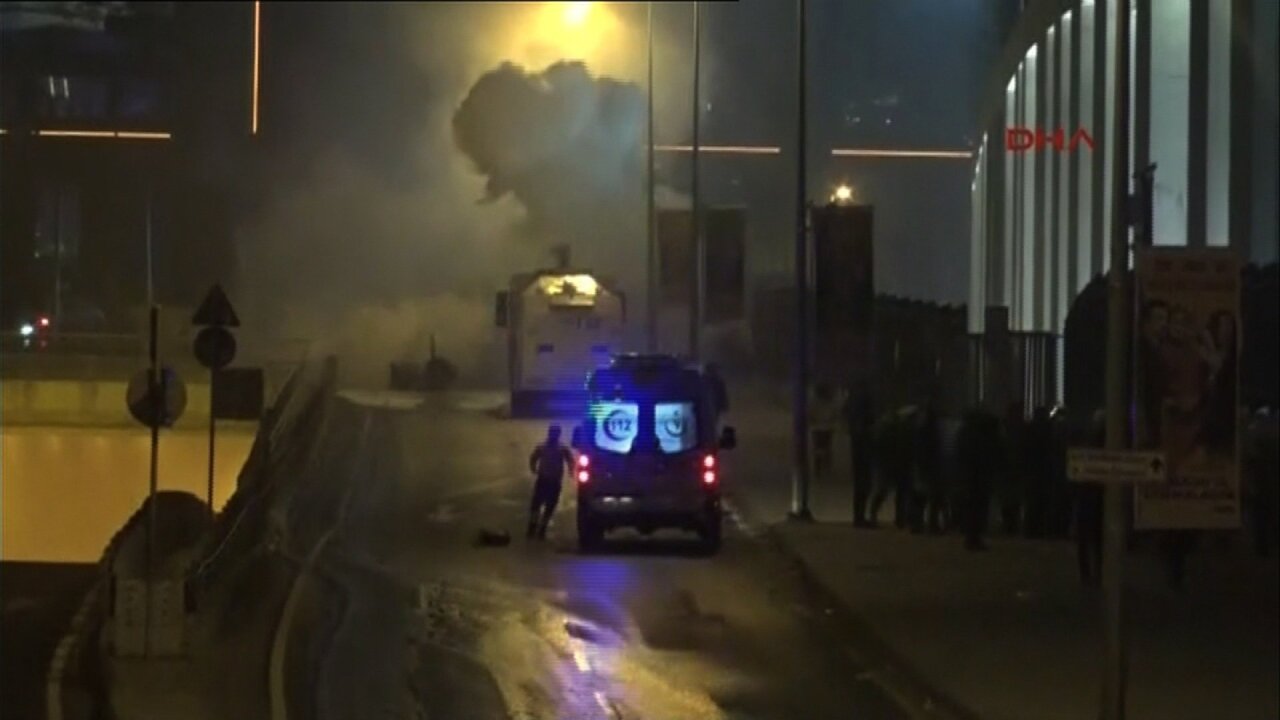 At least 20 people are injured after two explosions in Istanbul near Besiktas Vodafone Arena football stadium according to officials.

By Arwa Damon and Ralph Ellis

A senior Turkish official who can’t be named due to government protocol has told reporters that 15 people are dead and 69 wounded following the twin blasts in Istanbul on Saturday.

The explosions, one large blast followed by a smaller one, occurred after a football game, CNN Turk reported.

Authorities have not said if there were any fatalities, but Turkish President Erdogan confirmed “we have injured citizens and martyrs, unfortunately” in a televised address broadcast on CNN Turk.

The first explosion at Macka Park is considered a suicide attack,Turkish Interior Minister Süleyman Soylu said, according to Anadolu. He didn’t say what caused the second explosion, which occurred near Besiktas Vodafone Arena. The two locations are less than a mile apart.

Soylu had earlier said a car bomb was the source of an explosion, according to Turkish state news agency TRT. However, it wasn’t clear to which blast he was referring.

In a tweet written shortly after the blasts, Transportation Minister Ahmet Arslan characterized them as a “terrorist attack.”

“We condemn the vile terror attack in Besiktas, Istanbul and wish quick recoveries to the injured,” said Arslan.

TRT reported the blasts targeted police. However, no group has claimed responsibility for the attack.

Istanbul’s team Besiktas had played Bursaspor in a Turkey League game at the football arena earlier the same day.

Christopher James, a freelance writer and teacher living in Istanbul, told CNN he was at a hotel not far from the arena when the blasts occurred.

“We could hear and see the boom, and then after the boom the sound came back towards us,” he said. “It sounded like gunshots reverberating and then my phone started buzzing like crazy.”

Ramazan Hakki Oztan, a historian from Istanbul who was attending a casual gathering near the arena, also saw the explosions.

“We were at this hotel with this nice view of the old city by Taksim Square,” he said. “We saw this huge explosion that happened by the stadium … and 10 seconds or 15 seconds after there was another explosion. … The second bomb was smaller in size.”

He said he was near the arena earlier in the day and noticed a heavy police presence.

“I think they targeted the cops that were out there by the stadium who were protecting the spectators,” he said.

Following the explosions, the US Consulate in Istanbul tweeted: “Please avoid the area, monitor local press reporting, and let friends and family know you are OK.”

Turkey has weathered a string of terrorist attacks over the past several years and is still reeling from a bloody but failed attempt at a military coup in July.

Erdogan declared a state of emergency following the coup attempt and authorities carried out a large number of arrests.

ISIS is suspected in a June attack at Istanbul’s Ataturk Airport that left 44 people dead and an explosion at an August wedding in Gaziantep, not far from the border with Syria, that killed at least 54 people.

Meanwhile, Turkish security forces continue to clash on a nearly daily basis with Kurdistan Workers Party (PKK) militants, mostly in predominantly Kurdish parts of southeastern Turkey. The Turkish army suspects the PKK was behind a September car bombing in southeast Turkey that killed at least 18 people. Other attacks have targeted Turkish police and army assets.

Adding to the sense of vulnerability, conflicts in Iraq and Syria have spilled over into Turkey, contributing to a surge in violence on the home front. The country also struggles with the burden of hosting millions of Syrian and Iraqi refugees.

In late October, The US government ordered all civilian family members of its Istanbul consulate staff to leave Turkey because of increasing threats from terrorist organizations.

In March, the Pentagon ordered family members to leave Incirlik Airbase in southeast Turkey and the State Department ordered families of employees of the US consulate in Adana to evacuate.

In his address on Saturday, Erdogan said, “It does not matter what is the name and the method of the terror organization who conducted the terror attack. Whenever Turkey takes a positive step towards the future the answer comes as blood savagery and chaos.

“All terror organizations, PKK, Daesh (the Arabic acronym for ISIS) and FETO, attacks Turkey for the same target. We have no reason to expect that the countries who supported terrorism instead of being in solidarity with Turkey (in the past) will act differently this time.”

Turkey blames FETO, a movement affiliated with a US-based cleric, and the PKK of being involved in the failed coup.