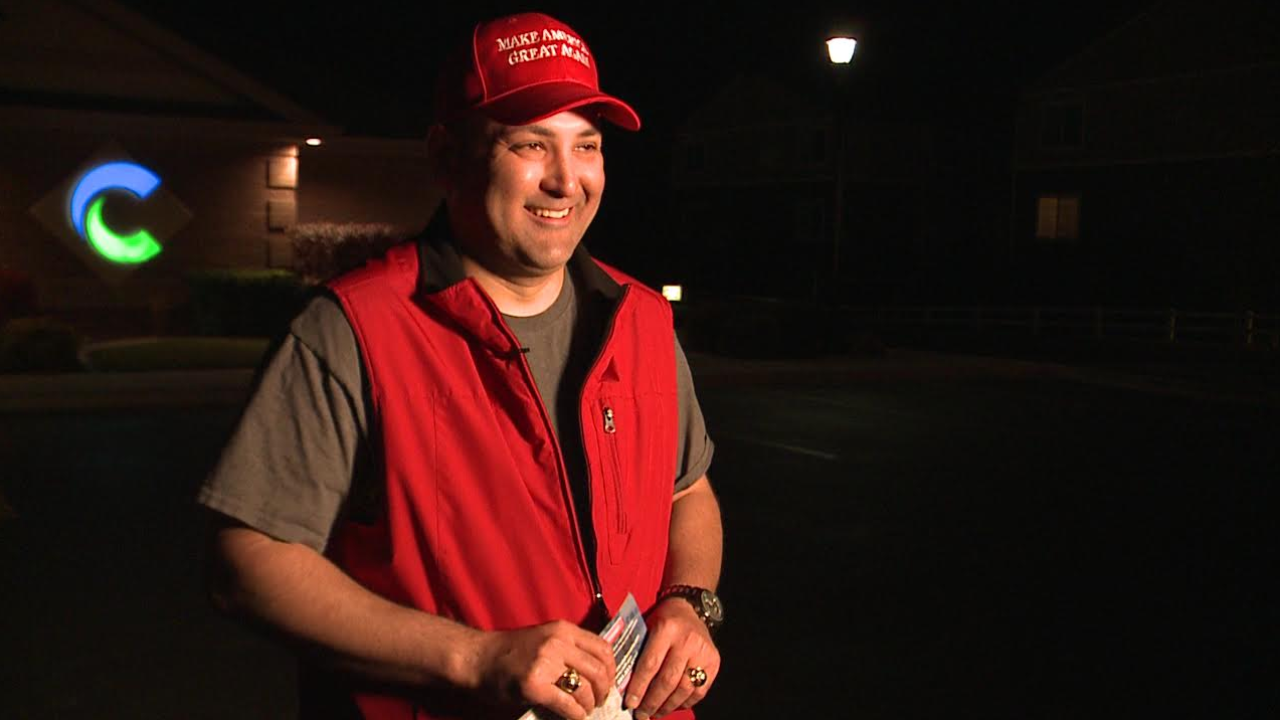 Tai Ho’o, who was cited for disorderly conduct after a confrontation in a polling location over him wearing a “Make America Great Again” hat. (Image by Eric Brown, FOX 13 News)

SARATOGA SPRINGS — A criminal case against a man who wore a “Make America Great Again” hat to a polling place has been dropped.

Saratoga Springs prosecutors filed a motion to dismiss a disorderly conduct charge against Tai Ho’o, who wore the cap with Republican GOP nominee (and now President-elect) Donald Trump to an early voting location inside a credit union back in October. He was told by an election worker to remove the hat, who claimed it was electioneering.

An argument escalated to the point of police being called and Ho’o was cited with disorderly conduct. The Utah County Clerk and the Lt. Governor’s Office investigated the accusations and determined that because “Make America Great Again” did not specifically name Donald Trump, it didn’t fall under their definition of electioneering.

Tai Ho’o, who was cited for disorderly conduct after a confrontation in a polling location over him wearing a “Make America Great Again” hat. (Image by Eric Brown, FOX 13 News)

Ho’o was allowed to vote at another location in American Fork after the confrontation, state elections officials said at the time.
Ho’o said Friday that when he showed up to Saratoga Springs’ Justice Court to fight the charge, he learned that prosecutors dismissed the charge. He sent FOX 13 a copy of the motion of dismissal, which was signed by a judge.

“I was grateful to receive a lot of support,” he said on Friday.

Utah electioneering law prohibits hats, buttons or T-shirts supporting or opposing a particular candidate within 150 feet of a polling place. The Lt. Governor’s Office, which oversees elections, has said that slogans such as “Make America Great Again” or “I’m With Her” are a “gray area,” which is why it’s determined on a case-by-case basis.