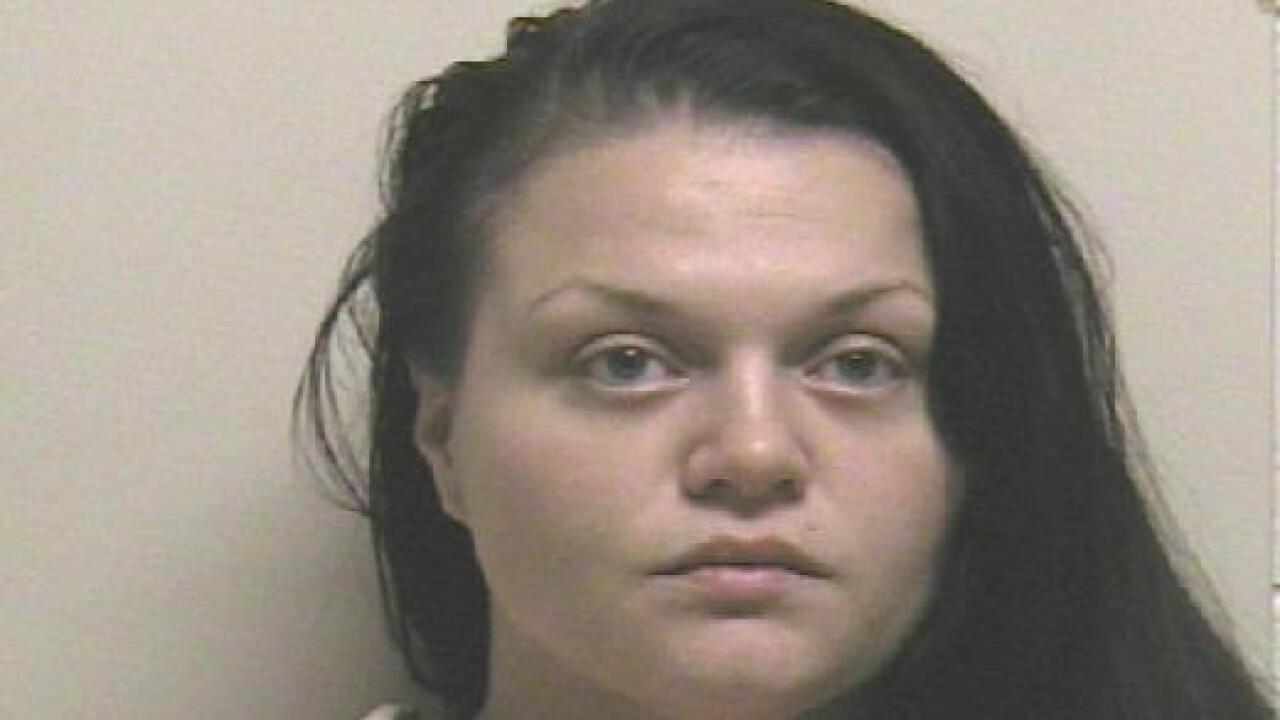 SPRINGVILLE, Utah — A West Valley City woman was arrested in Utah County Thursday evening after she allegedly dealt drugs from her car in the presence of her three young children.

It was at the Love's truck stop in Springville on Thursday where a narcotics officer in an unmarked car was getting gas when he recognized an alleged drug deal was happening. Other officers were nearby and were quickly able to help.

"Saw a woman pull up in a car, a man go into the car with her, saw what he believed to be a drug transaction, put something up on the dashboard of the car - turns out she was measuring drugs," said Sgt. Spencer Cannon of the Utah County Sheriff's Office.

Police say the woman is Sadie Leavitt. When she left the truck stop they followed her. After what police say was a low-speed pursuit, police cars boxed her in and stopped her car.

'The other thing that was particularly alarming in this case is that when they made the stop they found that she had her three young children in the car with her," Cannon said.

Police say the children--ages 4, 3 and 4 months--were not buckled properly and that their mother was driving with an expired license. Police say they also found drug paraphernalia and methamphetamine, but police say that wasn't the end of it.

"As they were getting her out of the car--we always search the seat where the prisoner is because, believe it or not, they will try to hide things they have on them--she had done just that with a package that turned out to be almost two ounces of heroin," Cannon said.

All told, police say the woman was driving her children around with more than $10,000 worth of illegal drugs in the car, posing a serious risk to her three young children.

"Kids were OK, fortunately they were not hurt, they were otherwise in good condition," Cannon said. "I won't pretend to say they were well cared for because they were not."

Leavitt is now facing several felony charges including distribution of meth, endangerment of a child, and evading police.

"So you have somebody who is a parent of three young children, she's dealing drugs, and she's driving--which creates great risk for them and for everybody else on the road, so we were glad to have these guys be able to find her and get her off the road," Cannon said.

The mother has been booked into Utah County Jail with a $50,000 cash only bail. Those three young children are in the custody of Leavitt`s grandmother.