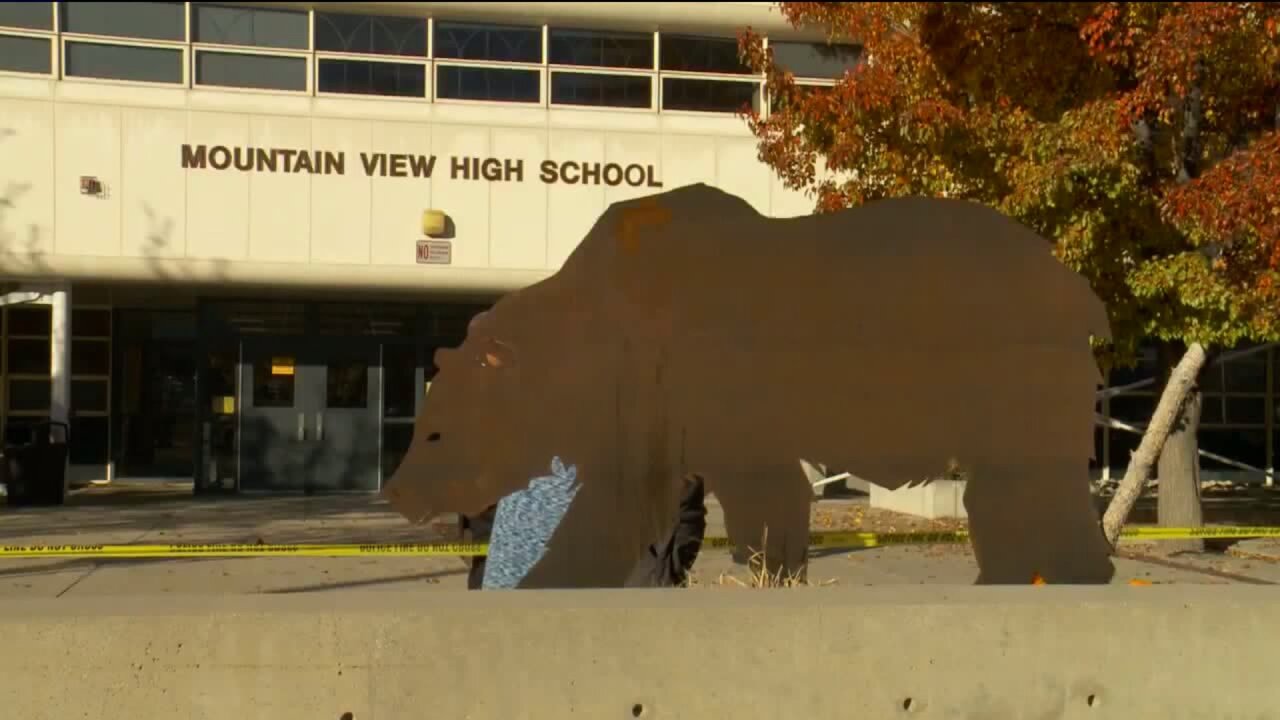 PROVO, Utah — Charges were filed Monday against a 16-year-old boy accused of stabbing five of his fellow students at Mountain View High School in Orem.

According to a document filed in the Fourth District Juvenile Court, the suspect made preparations before school on November 15 “to come to school and murder people.”

A probable cause statement by officers from Orem PD , Provo PD and Utah Valley University PD said the suspect left a suicide note at home and brought a bo staff, knives and other tools to inflict physical violence against others at the school.

The statement indicates the suspect broke the bo staff on the head of the first victim, causing a concussion and loss of consciousness. This victim, the probable cause statement said, had a significant laceration that required the use of surgical staples.

Three other victims, one of whom is still in intensive care, were each stabbed in the neck, the probable cause statement said.

A fifth victim suffered a stab wound in his “back/neck/shoulder” area, which punctured his esophagus and cut a central nerve, resulting in disabled elbow and shoulder movement, the statement said.

A school resource officer used a stun gun to subdue the suspect, the statement said.

“After being hit by the taser, the Defendant stabbed himself in his own neck with a knife and was subsequently detained,” the probable cause statement said.

Police said the suspect told them “he wore red because he expected there would be a lot of blood.”

The suspect also told police that he didn’t target anybody for any specific reason, and that he “merely went after who was available with the goal of creating as many victims as possible,” the statement said.