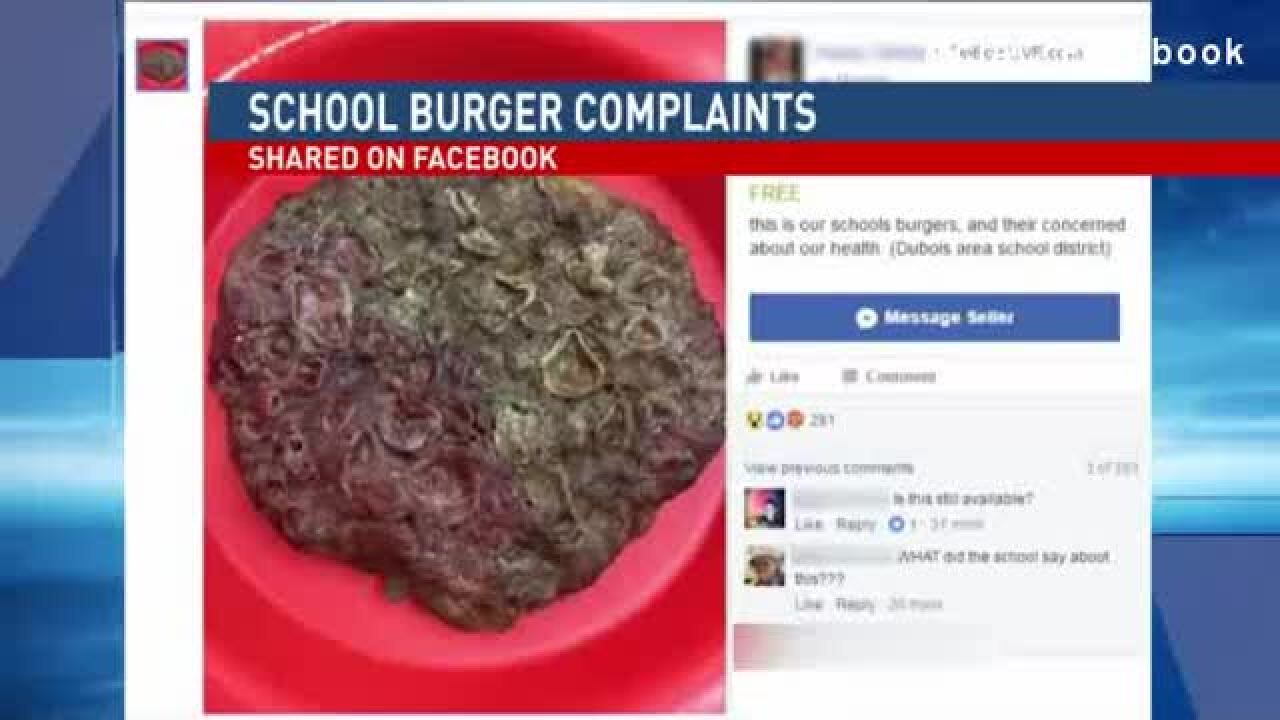 DUBOIS, Penn. -- A photo of a hamburger served at a school in Pennsylvania has many people reacting with a shudder, and the school district is responding to the outcry and will no longer be serving the product in question.

The photo was first posted to a Facebook page called Dubois Live and shows a rather unappetizing meal. WJAC in Pennsylvania reports many locals felt students shouldn’t be expected to eat such meals, but the superintendent suggests it was simply an issue of temperature.

"They cooked the hamburgers at 170-degree temperature, when typically they only need to be required to cook at 155, so there's a pretty good chance that hamburger was overcooked, and a lot of the internal ingredients surfaced from that level of heat,” Superintendent Luke Lansberry told WJAC.

Still, Doctor Lansberry says they are taking every precaution and their cafeterias will no longer accept the meal in question.

"Our food service director has contacted the state and told them about the situation and made it clear that we will no longer accept that product in the district just to make sure that we have good quality,” he told WJAC.

The school district's cafeteria is overseen by Metz Culinary Management. A call to their office from WJAC for details on the burger's ingredients was not returned.

The superintendent says Dubois Area School District recently received an excellent rating on their health inspection of food services, and Lansberry said they will use the instance as a learning moment. He also said he has total confidence in the district's food service staff.