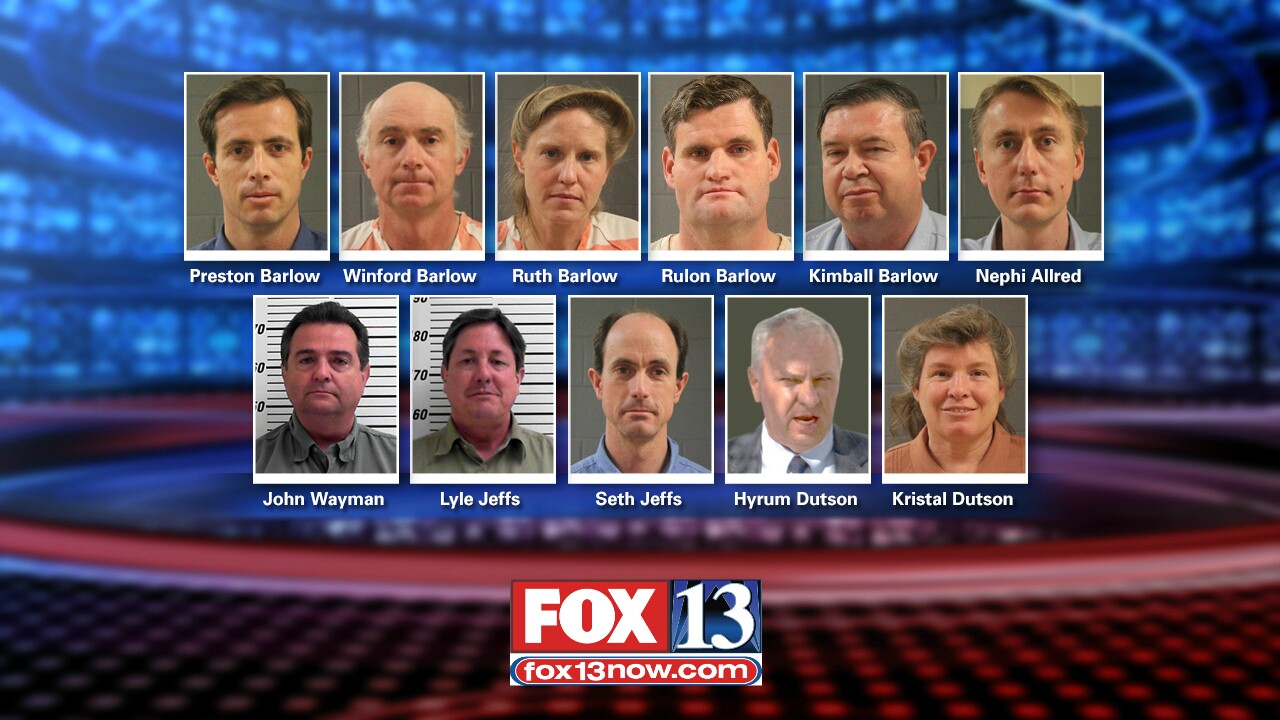 SALT LAKE CITY — A federal judge has rejected arguments by members of the Fundamentalist LDS Church that they have a religious right to hand over food stamp benefits to the polygamous sect.

In a ruling handed down Tuesday, U.S. District Judge Ted Stewart denied a request to dismiss the indictment leveled by the federal government against 11 FLDS Church members. The defendants cited religious freedom rights, as well as protections under the Religious Freedom Restoration Act.

Judge Stewart rejected all of those arguments, noting that most of the defendants were not actual recipients of Supplemental Nutritional Assistance Program (SNAP) benefits.

“There is no evidence that the SNAP statutes and regulations were enacted or modified to target the practice of FLDS members of donating their possessions,” he wrote in the order obtained by FOX 13.

Lawyers for the defendants argued that their salvation was at stake and their faith preaches adherence to the directives of their prophet, imprisoned polygamist leader Warren Jeffs.

The judge dismissed that.

“First, Defendant Lyle Jeffs argues that he may suffer consequences should he ignore the directives of Warren Jeffs. However, RFRA is concerned with governmental action. Thus, the harm Defendants may suffer as a result of hypothetical disobedience to Warren Jeffs is irrelevant,” Judge Stewart wrote.

Lyle Jeffs, the brother of Warren Jeffs, is among the 11 charged in the food stamp fraud case. He is currently a fugitive, having escaped custody after being released on home confinement. (As FOX 13 first reported, the FBI believes Lyle Jeffs used olive oil to slip out of a GPS monitoring device.)

Members of the FLDS Church leave federal court in October after a hearing on religious freedom rights. (Photo by Ben Winslow, FOX 13 News)

The 11 FLDS members are facing food stamp fraud and money laundering charges, accused of ordering members of the Utah-based polygamous church to hand over SNAP benefits to the Bishop’s Storehouse. While lawyers for the FLDS members argued a religious freedom right to consecrate their property to the church, federal prosecutors argued that SNAP benefits are for intended recipients only.

In court filings, the U.S. Attorney’s Office for Utah has alleged that food stamp benefits did not necessarily go to the neediest in Hildale, Utah, and Colorado City, Ariz., but went for spending cash and luxury cars for FLDS leaders. Federal prosecutors have claimed the scheme exceeds $12 million in taxpayer dollars.

Late Tuesday, Lyle Jeffs’ attorney asked the judge to reconsider his decision and dismiss the indictment on the grounds that federal law is vague on how to use SNAP benefits.

“In the present instance, the SNAP statute and regulations not only fail to provide notice of all prohibited post-purchase conduct, but likewise fail to provide any guidance to law enforcement and prosecutors,” defense attorney Kathryn Nester wrote.

In a separate order on Tuesday, Judge Stewart did not close the door on FLDS members from arguing a right to donate their food stamp benefits to the Bishop’s Storehouse. He rejected a motion by the U.S. Attorney’s Office to limit what arguments the defense could make, saying it would be up to a jury to hear the facts and decide.

The trial is scheduled to start at the end of January.