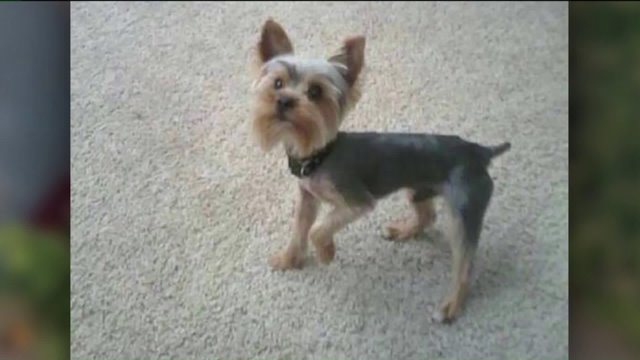 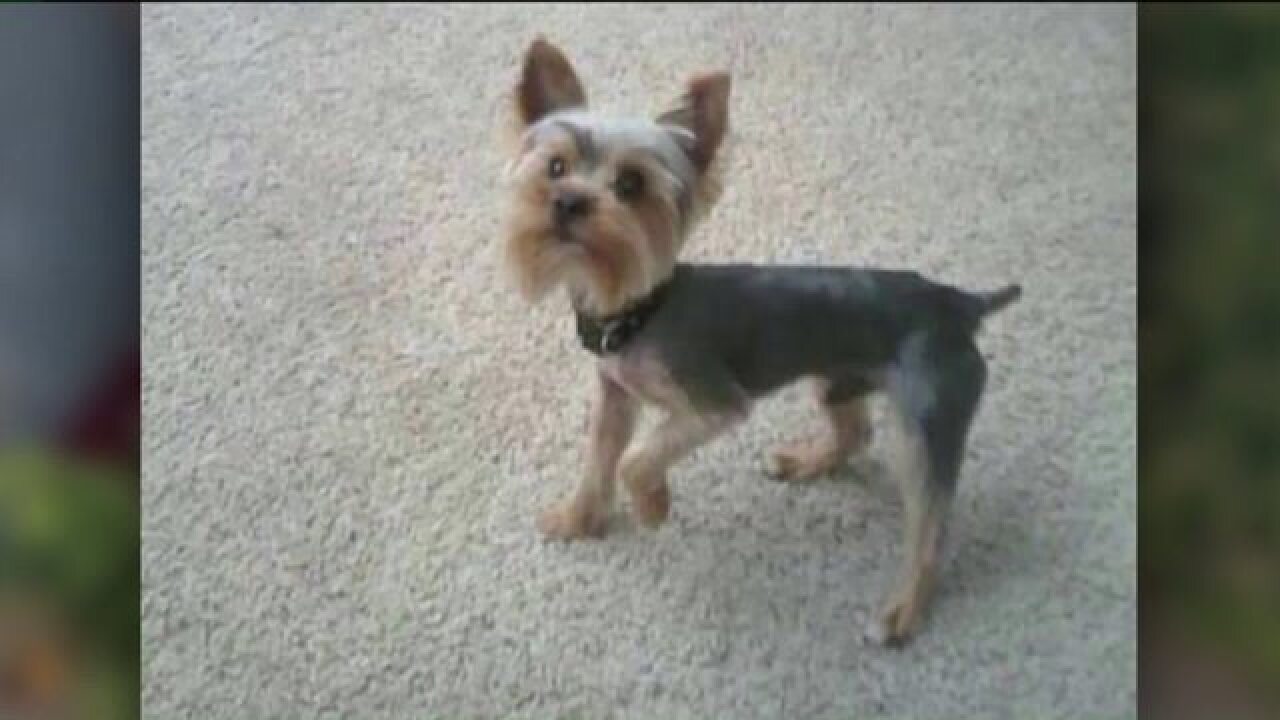 ST. GEORGE, Utah — A St. George family is grieving after their dog was killed.

The dog's owner, Nancy Limburg, told FOX 13 her neighbor used gardening sheers to hit their two pound Yorkshire terrier. Limburg said not only did her neighbor kill the dog, but he did it in front of her 12-year-old daughter, who was with their dog outside moments before.

"Chewy" had been a beloved family pet, until Friday afternoon when Limburg let Chewy out front with her 12-year-old daughter Hailey watching him.

Limburg, her 18-year-old daughter and her younger daughter ran outside.

“I was just asking him ‘Why did you kill my dog? What did he do that was such a huge threat that you needed to kill him?’ He turned and pointed to his vinyl fence behind him and said he was worried for the safety of his dogs and I said 'Your dogs are behind the fence',” said Limburg.

The neighbor, according to Limburg, started accusing her daughter Hailey of making Chewy run onto his property.

“He started blaming my younger daughter Hailey. He was so mad and, for him to say those things about my daughter with that weapon (the pruning sheers) in his hand, that's the reason I started taking pictures.”

Limburg took pictures of her neighbor holding the sheers and of her dead dog bleeding on the ground.

Officers did not arrest the neighbor, but a news release from St. George PD (below) indicated they are continuing to investigate.

"The St. George Police Department does feel that this incident is significant and has had a significant impact on the children and family who own the dog. Our goal is to fully and effectively investigate ALL aspects of this incident to determine what legal options for criminal charges we have and then to proceed with the most appropriate and effective option. We understand, with the emotions involved, how it might seem that the 'police are doing nothing about it,' but that is not the case. We are trying to do the RIGHT thing to address this situation," the news release said.

Chewy's family described him as a lovable and great companion.

“He was very playful. He would let [Hailey] dress him up in doll clothes and kind of push him around in a little stroller when she was little," Limburg said, adding that Chewy was "harmless."

Chewy had even been "debarked," so he wasn’t making any loud noises, but Chewy did run onto their neighbor’s property. According to Limburg, the neighbor’s two dogs were barking and that is why Chewy ran across the street to the neighbor’s house.

Deann Shepherd, Director of Marketing and Communications for The Humane Society of Utah, said she feels for the family.

“This is a deplorable situation. There should have been another situation to handle a two pound dog coming at you,” said Shepherd.

She also said St. George police were right in not making any arrests and applauded their action. She explained Utah law states dogs are property, and because this was not torture, it was not a felony. However if convicted, the neighbor could face a class A misdemeanor, at worst, one year in prison and a $2,500 fine.

“We do applaud the St. George Police Department for looking into this and doing their due diligence to investigate this case. In the past it unfortunately could have been just brushed aside.  We do hope that full charges are brought against this assailant when the investigation closes," Shepherd said.

In the meantime, Limburg said she is scared to be at home with her two daughters, with their alleged violent neighbor living in the same cul-de-sac.  They have posted pictures of a burial for Chewy and now hope justice is served.

“He was our family dog. As little as he was, he knew he was loved and we are going to miss him," Limburg said.

On  November 11th, at approximately 4:30 p.m., St. George Police Officers were dispatched to a report of a dog that had been killed in the area of 2040 East, in St. George. It was reported that the dog was killed by a neighbor. What is known and is not in dispute, is that a small dog entered the neighbor’s yard and approached the man, who was maintaining his landscaping. The man swung a long handled pruning sheer at the dog when it approached him. The sheers ended up striking the dog in the head, killing it instantly. As sad as it is that the dog was hit and killed, the circumstances were worsened by the fact that the incident was witnessed by the dog owner’s juvenile daughter.

Officers responded to the report and received statements from all of the parties involved. Additional information was provided that required officers to conduct some follow up interviews. An attempt was made to contact additional witnesses in the neighborhood, those efforts are ongoing, and the preliminary information was reviewed at that time to determine if there was a clear course of action that could be taken.

This statute will be used to guide any charges that may be filed to determine what classification of offense might be charged (Class A, B, or C misdemeanor). Classifying these types of cases, determining what someone’s mental intent was at the time of the incident, is not as simple as some other types of crimes where the penalties are not based upon intent (like speeding or running a red light). We must be able to show an intent level to determine what penalties may be imposed if the suspect is convicted. It also impacts what options the officer has when determining whether to cite or arrest a suspect.

In this case there are conflicting accounts of what the suspect was intending to do when he encountered the animal. This conflict makes it more difficult to determine what the suspect INTENDED to do when he encountered the dog. There are many factors which can give insight into his mindset and therein lies the challenge. This was not an offense that happened in the presence of an officer and as such an arrest can only be made under a narrow set of circumstances. We have been, and will continue to be in contact with the prosecutor’s office to determine the appropriate course of action.

The St. George Police Department does feel that this incident is significant and has had a significant impact on the children and family who own the dog. Our goal is to fully and effectively investigate ALL aspects of this incident to determine what legal options for criminal charges we have and then to proceed with the most appropriate and effective option. We understand, with the emotions involved, how it might seem that the “police are doing nothing about it,” but that is not the case. We are trying to do the RIGHT thing to address this situation.

Where this is an ongoing investigation we can’t discuss the factors and details that play into the final decision, we are working to establish what they are. We feel badly for the family that lost their pet and understand the impact it has had on them.