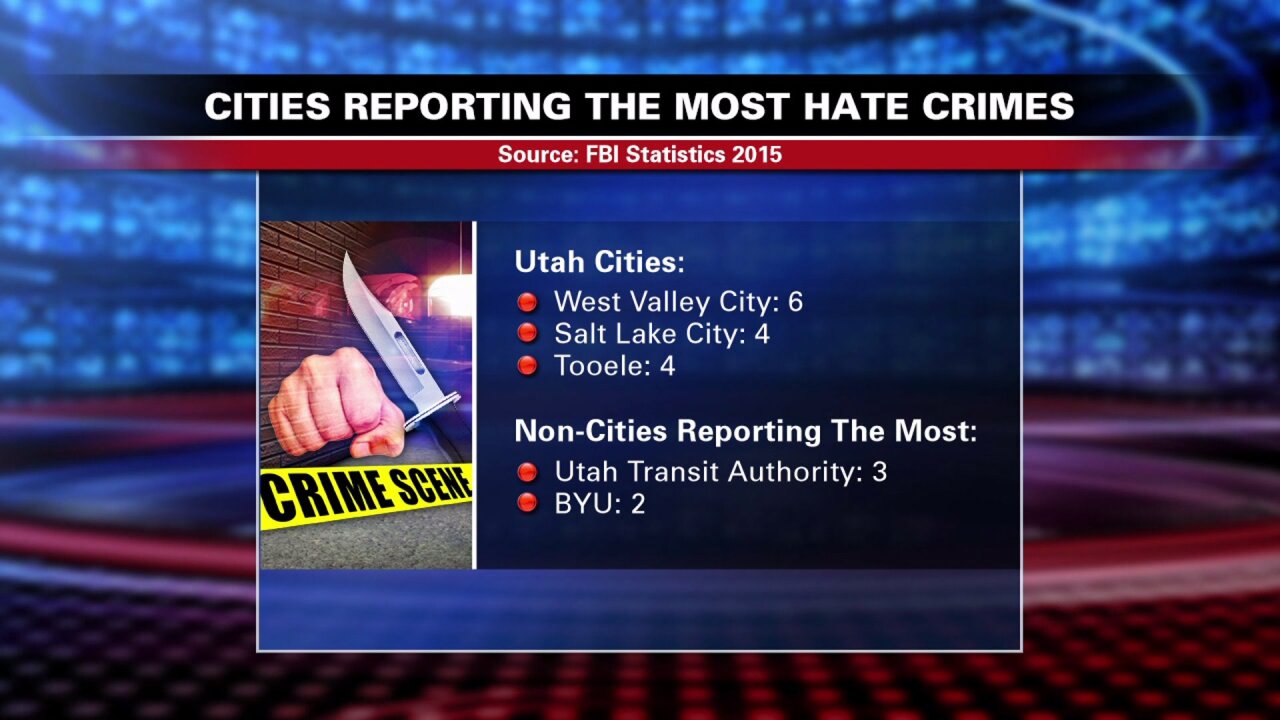 First, they show that hate crime is widespread, with 5,850 incidents reported around the country despite the fact that the FBI considers it among the more under-reported crimes.

Second, they show that some jurisdictions, and even entire states are choosing not to acknowledge hate crimes exist. For example, Mississippi reported no hate crimes to the FBI.

In 2014, Utah police agencies reported 50 hate crimes with a similar split in motivation.

Michelle Pickens, Supervisory Special Agent for Civil Rights and Public Integrity, told Fox 13 hate crimes tend to be under-reported, and Utah is not a role model on the issue.

“There are some states that do a tremendous job in reporting their alleged hate crimes, and I’d say we’re pretty much in the middle of the pack … but we don’t get many hate crimes,” said Pickens.