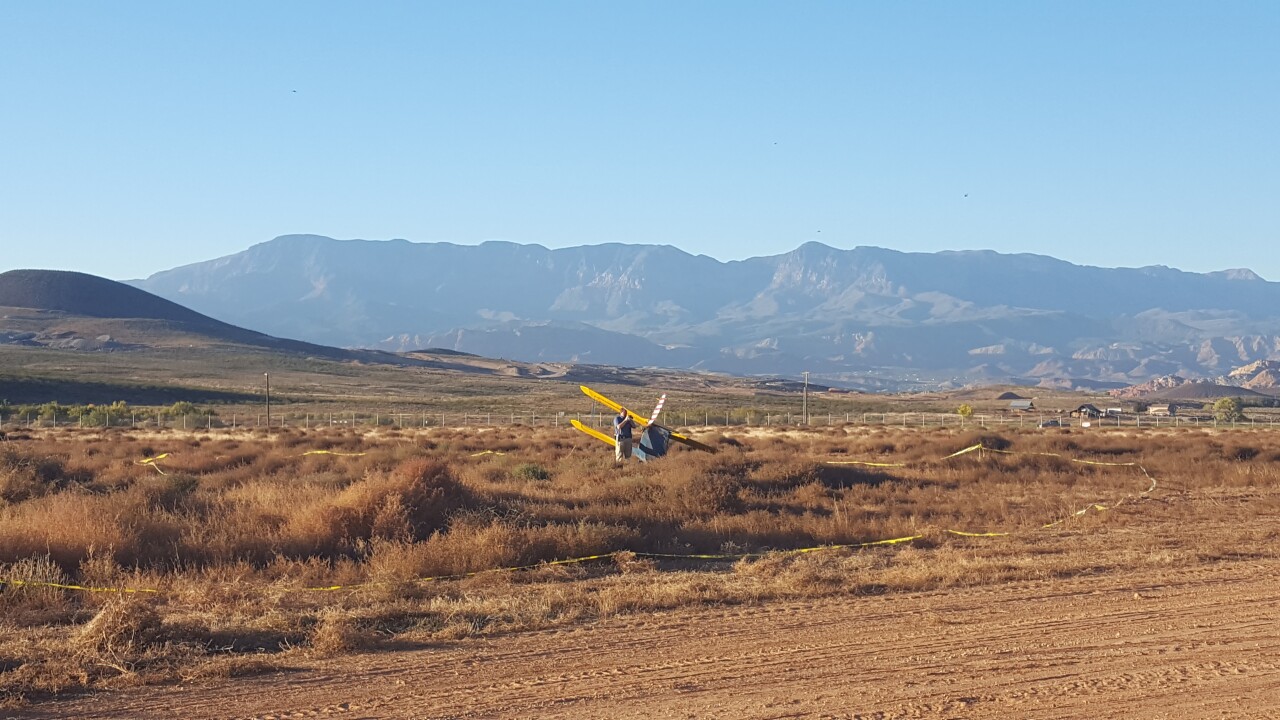 According to a news release from the Hurricane Police Department, a single-engine, fixed-wing plane took off from the airport around 4 p.m., but veered to the left as it did so. The pilot, who was the sole occupant of a 2006 “Buddy Baby Lake” plane, had to set the plane down in a dirt area, causing minor damage.

Officers and medical personnel were called to the scene at approximately 4:09, but there were no injuries.

Police said the pilot is very experienced, which “helped avoid anything more major.”

The Federal Aviation Administration has been identified and will conduct an investigation.