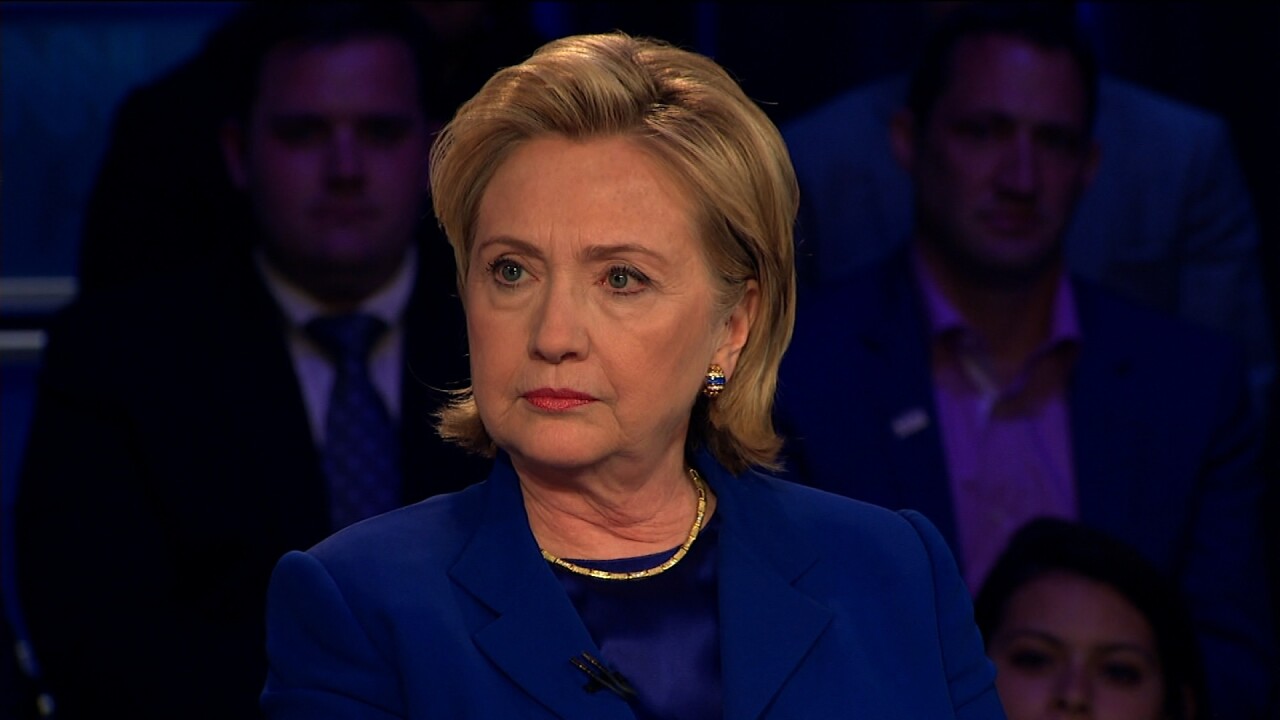 Comey had dropped a bombshell 11 days from the election when he informed Congress that the FBI had discovered emails in its separate investigation of Anthony Weiner, the estranged husband of top Clinton aide Huma Abedin, that could be connected to its investigation of whether Clinton mishandled classified information by using a private email server.

Utah Congressman Jason Chaffetz was among those to break the news Sunday.

FBI Dir just informed us "Based on our review, we have not changed our conclusions that we expressed in July with respect to Sec Clinton"

It’s impossible to know before results are tallied what impact Comey’s actions — first raising a vaguely worded red flag 11 days out, and then lowering it two days from the election — will have on the contest. But the news could help Clinton put to rest a controversy that has dogged her in the 2016 race’s closing days, helping Donald Trump narrow a polling gap nationally and in key battleground states.

“Based on our review, we have not changed our conclusions that we expressed in July,” Comey said in the letter to top Republicans on the House Oversight Committee.

Clinton spokesman Brian Fallon said her campaign is validated in its belief that nothing would change.

“We were always confident nothing would cause the July decision to be revisited. Now Director Comey has confirmed it,” tweeted Clinton spokesman Brian Fallon.

‘It opened a wound’

A senior Democrat close to Clinton’s campaign told CNN that “it’s impossible to fully undo the damage of the last nine days.”

Internal campaign polling, the source said, found that some independents and Republican women fled Clinton after the original Comey announcement, robbing the Democratic nominee of a constituency that she’d hoped would turn her contest with Trump into a blowout.

“It opened a wound that cannot be quickly healed,” the Democrat said.

However, the Democrat called it a relief that the “matter is resolved” and that Clinton’s campaign plans to “make everyone know about” Comey’s Sunday letter.

Comey’s last-minute announcement gives Clinton an opportunity for an I-told-you-so moment — but it’s unlikely to undo the political damage of his initial announcement.

“We have seen Director Comey’s latest letter to the Hill. We are glad to see that he has found, as we were confident that he would, that he had confirmed the conclusions he reached in July and we are glad that this matter is resolved,” said Jennifer Palmieri, Clinton’s communications director, speaking with reporters after the news broke.

Trump and his allies have seized on that announcement, using it claim Clinton is likely to face criminal charges.

“If she were to win, it would create an unprecedented constitutional crisis,” Trump claimed Saturday night in Reno, Nevada. “In that situation we could very well have a sitting president under felony indictment and ultimately a criminal trial. It would grind government to a halt.”

The political benefit for Trump has been that Republicans who’d been skeptical of their party’s nominee have largely followed vice presidential nominee Mike Pence’s calls to “come home” to the party — finding Trump less objectionable than Clinton.

It’s not just Trump’s campaign that seized on Comey’s actions. Down-ballot Republicans — particularly Senate candidates who had been forced to answer for Trump’s statements for months — used the moment to change the topic, shifting to the more comfortable ground of attacking Clinton.

The last-minute Sunday move from Comey could also provide new fuel for Trump’s claims of a “rigged” system — allowing him to cast the FBI director’s intervention in the presidential election in a new light.

Comey and the FBI went from Trump’s scapegoat to the Republican nominee’s hero, with Trump claiming Comey had redeemed himself just in time.

Newt Gingrich, a top Trump ally, tweeted “Comey must be under enormous political pressure to cave like this.”

“While the original letter should never have been sent so close to an election, the expeditious review of these emails should put to rest — once and for all — the irresponsible speculation indulged in by the Trump campaign and others,” Rep. Adam Schiff, the top Democrat on the House Intelligence Committee said. “Voters can now make their decision based on the merits, and that decision should be simple: it is the choice between a woman superbly qualified to be commander in chief, and a man patently unfit for office.”

CNN’s Jake Tapper and Jeff Zeleny contributed to this report.