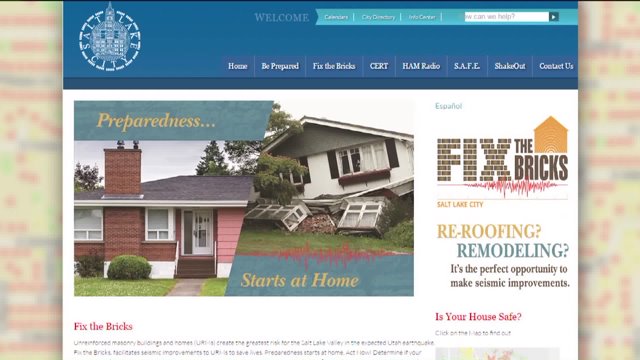 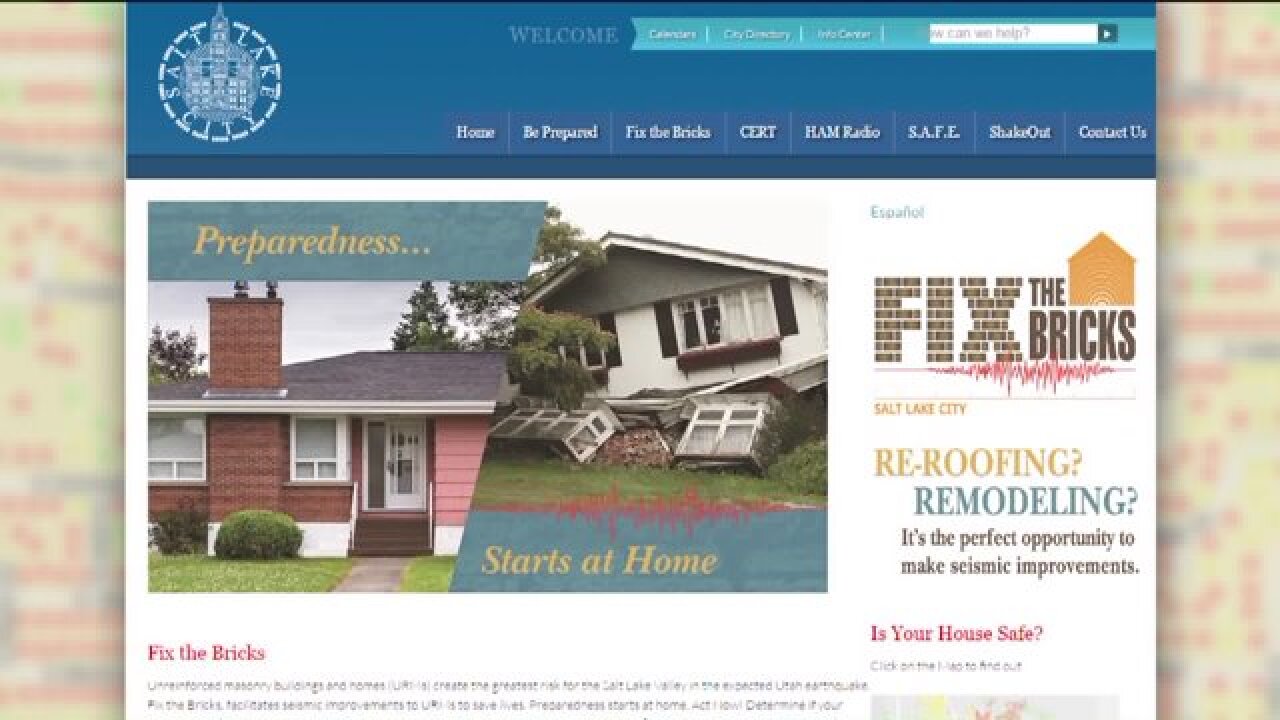 SALT LAKE CITY -- A big earthquake is predicted to rattle the Salt Lake Valley sometime in the next 50 years, and Salt Lake City has a new program to help those homeowners with houses built earlier than 1970.

It’s called "Fix the Bricks”, and it could save you thousands of dollars.

The city said homes that were built with bricks before 1970 are known as "un-reinforced masonry houses." They have a potential to crush anyone living inside when an earthquake hits. There are 30,000 of them in Salt Lake City alone, and a total of 144,000 in Utah.

“We didn't really build homes to current earthquake codes because we didn't realize we were in earthquake country at the time, but now we do, and now we got to go back and make sure anybody in those older homes is as safe as anybody who would be buying a new home,” said “Fix the Bricks” program manager Audrey Pierce.

To retrofit your home up to current earthquake standards could cost $7,000 to $12,000. However, the "Fix the Bricks" program pays for 75 percent of that cost.

You can register your home on the city's website, here.