Indians one win away from first World Series championship since 1948 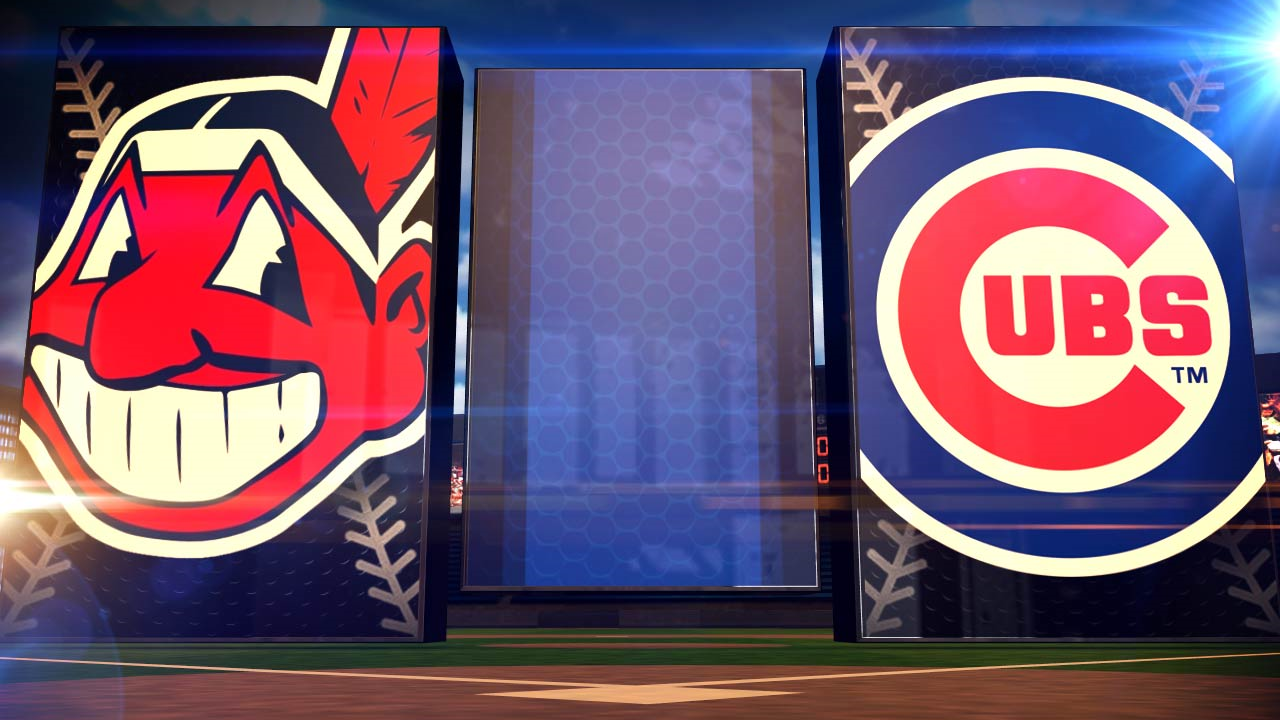 (CNN) — If the Chicago Cubs don’t do something fast, their misery that’s lasted more than a century will continue.

Carlos Santana and Jason Kipnis each hit home runs, and Corey Kluber stymied the Cubs for the second time in this World Series, leading the Cleveland Indians to a 7-2 win in Game 4 at Wrigley Field on Saturday night.

The win gives the Indians a 3-1 series lead. They are a game away from winning their first championship since 1948.

The Cubs haven’t won the World Series in 108 years, and until this year, they hadn’t even reached the Fall Classic since 1945. The 71-year wait between championship appearances is the longest stretch for any team in the four major American sports (MLB, NBA, NFL and NHL).

On the flip side, the city of Cleveland — unbelievably — might hold its second championship parade since June.

Should the Indians win it all, it would cap an incredible few months for what previously had been a title-starved city. Until this year, when the Cleveland Cavaliers won the NBA championship, it had been 52 years since Cleveland won a title in any major sport.

“We’re going to show up tomorrow,” Indians manager Terry Francona said after Saturday night’s game. “The only thing that changes is we’ll pack our bags, because we’re going to go home one way or the other, and we’ll show up and try to beat a really good pitcher tomorrow and that’s what we always do. Nothing needs to change.”

Game 5 is Sunday, with first pitch scheduled for 8:08 p.m. ET. Starting pitchers will be Jon Lester for Chicago and Trevor Bauer for Cleveland.

Aside from David Ross catching for Lester, Cubs manager Maddon said he probably won’t shake up the lineup.

“These are the guys that got us here,” Maddon said. “I’m very pleased with all of our guys. We had the one good game offensively in Cleveland. We just need that one moment. We have to have a one-game winning streak tomorrow, and if we do that, I really would be feeling pretty good about going back to Cleveland.”

Leading off the bottom of the first inning, Dexter Fowler doubled to left field, sneaking the ball just past a fully outstretched Rajai Davis. Two batters later, Anthony Rizzo singled to drive him in for a quick 1-0 lead.

It was the first run scored by the Cubs in a World Series game at Wrigley Field since Bill Nicholson knocked in Peanuts Lowrey in the eighth inning of Game 7 in 1945.

But Cleveland answered right back — and then some.

In the top of the second, Santana drilled a John Lackey fastball over the right-field wall for a solo home run to make it 1-1. It was the first World Series homer hit at Wrigley since Hank Greenberg hit one 71 years ago.

After Jose Ramirez grounded out to first, Lonnie Chisenhall reached base on a throwing error by Cubs third baseman Kris Bryant. Chisenhall advanced to second on a Roberto Perez ground out. Tyler Naquin was intentionally walked to put runners on first and second.

Kluber then helped out himself, reaching on an infield single to third, driving in Chisenhall to make it 2-1. On the play, Bryant committed his second error of the inning, with an off-line throw to first base, forcing Rizzo to come off the bag.

“The thing with KB, that ball, first when he did the pirouette, it’s just a play maybe to take a little more time with,” Maddon said. “The other ball should not have been thrown at all, that’s all.”

Cleveland tacked on another run in the top of the third, when Kipnis led off with a double and Francisco Lindor brought him home with a single to make it 3-1.

Lackey lasted five innings, giving up three runs — two of them earned — along with four hits, and a walk, striking out five.

With Mike Montgomery in for relief, Lindor scored on a Chisenhall sacrifice fly in the sixth. Kipnis all but slammed the door in the seventh with a three-run blast off Travis Wood to make it 7-1.

Kipnis, who is from Chicago and grew up rooting for the Cubs, went 3-for-5 with three RBIs. Lindor had two hits, an RBI and scored a run. Santana was 3-for-4.

Despite working on short rest, Kluber allowed one run, five hits and one walk, striking out six over six innings. In this postseason, he has allowed three earned runs in 30.1 innings and has an ERA of 0.89. In addition to getting the win on Saturday, he also earned the win in Game 1 with a dominant performance.

“I thought Kluber was tremendous,” Francona said. “I thought he had to work early. He didn’t have his best breaking ball. I thought later in the game he started to find it, actually. I think in a perfect world we wanted to keep him around 80. We were fortunate enough to be able to do that. But I think he’s proving over and over just how good he is.”

Andrew Miller’s postseason streak of scoreless innings ended at 16 when Fowler hit a solo home run in the bottom of the eighth. But with the score at 7-2, it hardly mattered at that point.

Will the billy goat curse continue?

On October 6, 1945, a month after the end of World War II, a Chicago tavern owner named William “Billy” Sianis went to Wrigley Field, intending to attend Game 4 of the World Series with his pet goat, Murphy. But, according to the Billy Goat Tavern website, while both had tickets, the goat was denied entry. No animals were allowed in the ballpark, plus Murphy smelled bad.

Sianis, according to legend, threw up his arms and proclaimed, “The Cubs ain’t gonna win no more. The Cubs will never win a World Series so long as the goat is not allowed in Wrigley Field.” They haven’t won since.

The Indians have been hexed, too, with the not-so-well-known curse of Rocky Colavito. Just before the start of the 1960 season, the Indians traded Colavito, the American League home run leader the previous year, to the Tigers for Harvey Kuenn. What followed were decades of agony. The team was terrible, spawning the 1989 movie “Major League.”

Coupled with the Cubs’ drought, the 174 combined seasons between titles for the two clubs is the largest in World Series history.