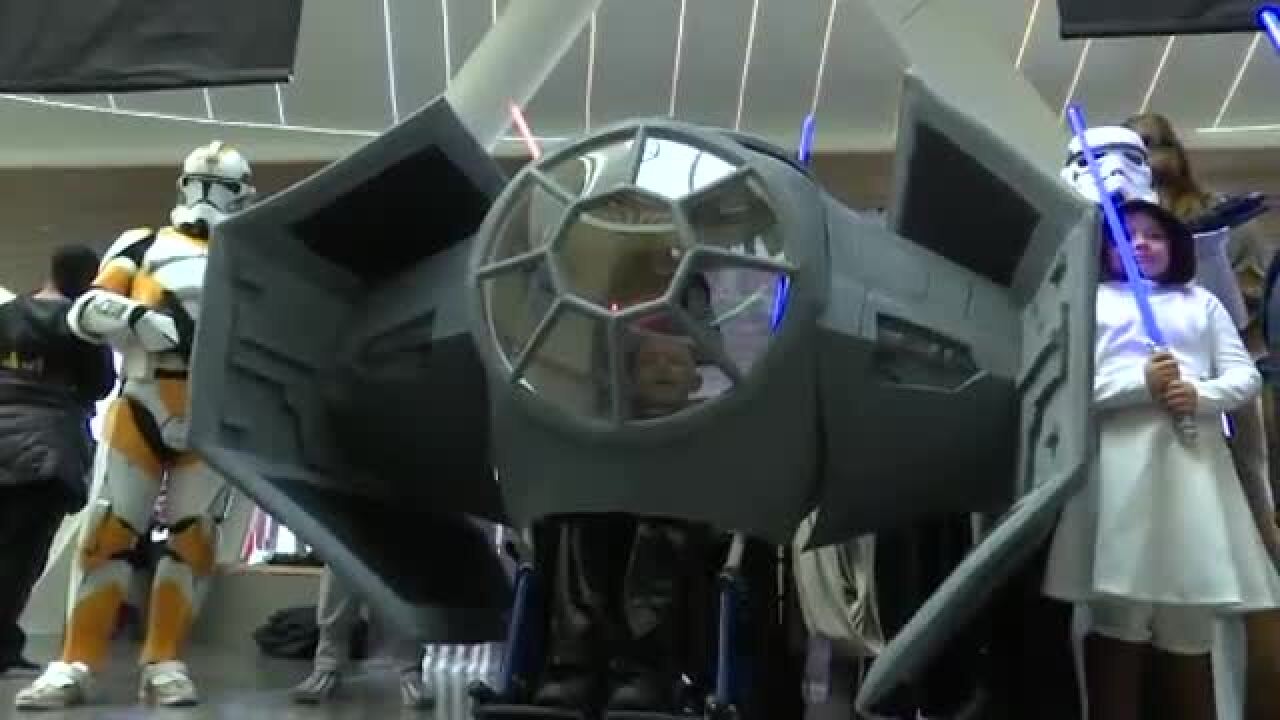 PORTLAND, Ore. — An Oregon boy battling brain and spinal cancer will have one of the coolest Halloween costumes around this year, thanks to a non-profit organization that fitted his wheelchair to look like an iconic spacecraft from "Star Wars."

In the last year, a tumor damaged 8-year-old Daniel Shaughnessy's spinal cord, making him unable to walk. Volunteers at Magic Wheelchair spent about 200 hours transforming Daniel's wheelchair into a TIE Advanced x1, the starfighter flown by Darth Vader at the end of "Star Wars: Episode IV - A New Hope."

"There were definite tears! Definite tears... And being able to see the look on his face when they took the cover off, and he got to see it, was amazing!," said Jessica Thomas, Daniel's mother. "The things that they do and just out of the goodness of their hearts that they do these things is so amazing."

People dressed in Star Wars costumes and kids holding light sabers were there when the add-on was unveiled, and Daniel wore a Darth Vader costume to match his new ride.