For better customer service, the DABC is sending some employees to wine school 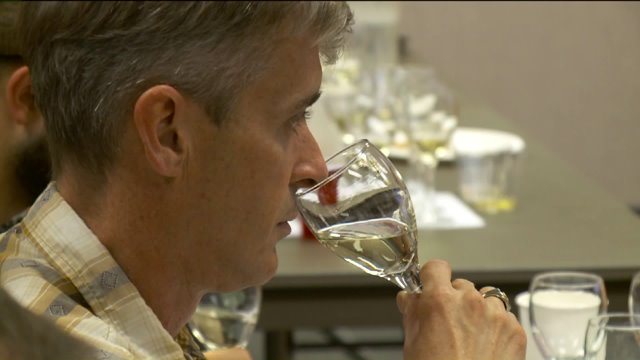 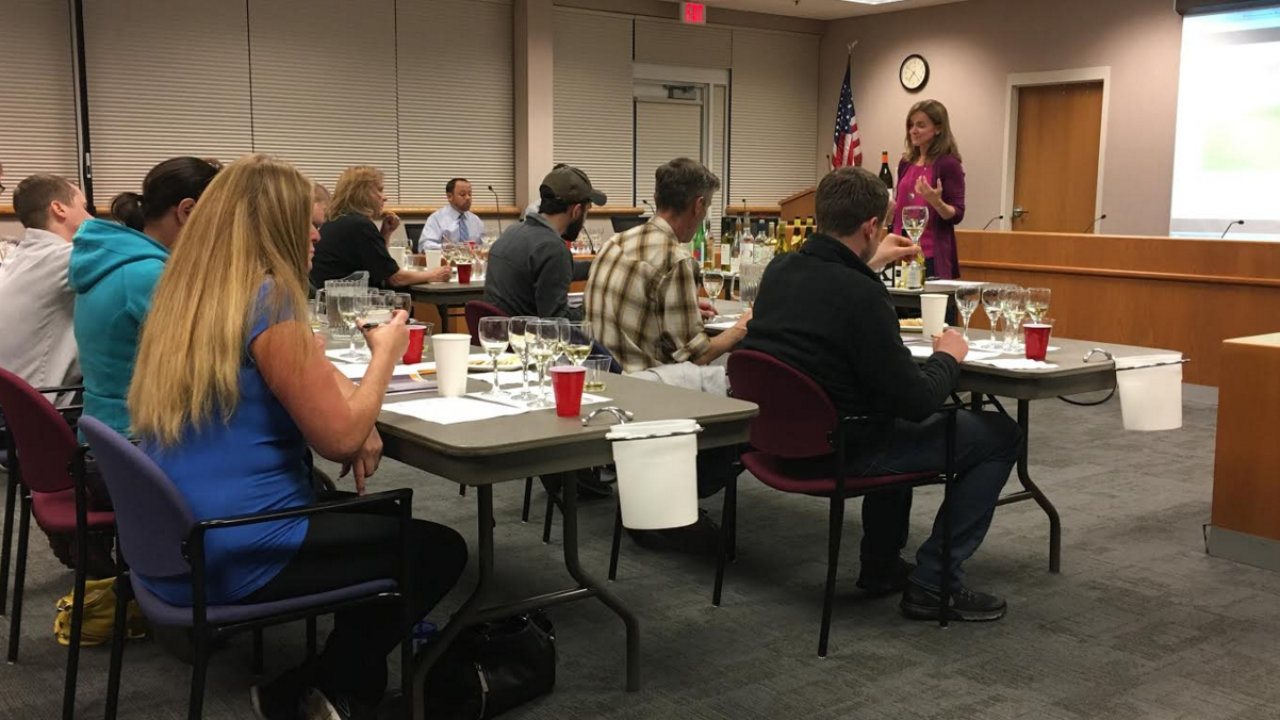 SALT LAKE CITY -- It's been a longstanding complaint at Utah liquor stores. You go looking for a bottle of wine and the employee can't tell you anything about the thousands of bottles in the store.

"Beers and liquors are one thing, but I don't really know about wines," said George Gamvroulas, a liquor store employee.

Now, Utah's Department of Alcoholic Beverage Control is working to change that by offering wine courses for some of its employees. The agency has hired a sommelier who is conducting an eight-week course on wines of the world.

DABC employees learn about wines of the world in a course provided by the agency. (Photo by Ben Winslow, FOX 13 News)

At a makeshift classroom inside the DABC Commission chambers, bottles of wines are opened and poured into glasses. Like wine tastings, the employees swirl, smell and taste the wines. Spit cups are nearby because they're not allowed to drink them. A Breathalyzer was nearby if anyone wished to use it before they left the class.

"They're selling a product they have never been able to try," said Wendy Caron, a sommelier hired by the DABC to give the courses. "They're advising people based on pretty labels."

Caron called the courses "a long time coming" and said she was happy to be a part of the education for DABC employees.

DABC spokesman Terry Wood said they are responding to customer complaints and state audits that have criticized the agency for a lack of employee knowledge about their own product. Wood said managers and assistant managers from stores across the Wasatch Front were offered the courses to help customers.

"They can help customers better if they know about the product," he said.

Gamvroulas said prior to the courses, he didn't know much about wines but has found the education enlightening. He said it has helped him provide better service to customers.

"It was hard before," he said. "Usually Google search did a lot, but this has actually solved some of it."

In the courses, Caron goes over a region of the world and the types of wines they're known for. They take notes on what their senses are telling them about a particular wine. Some detect pear notes in one glass, an earthy texture in another. Caron guides them through the flavors.

"The goal of the course is to give them as much exposure to wine, to put it in an easy to understand format so they are able to translate the knowledge they get here to directly helping customers in the store," she said.