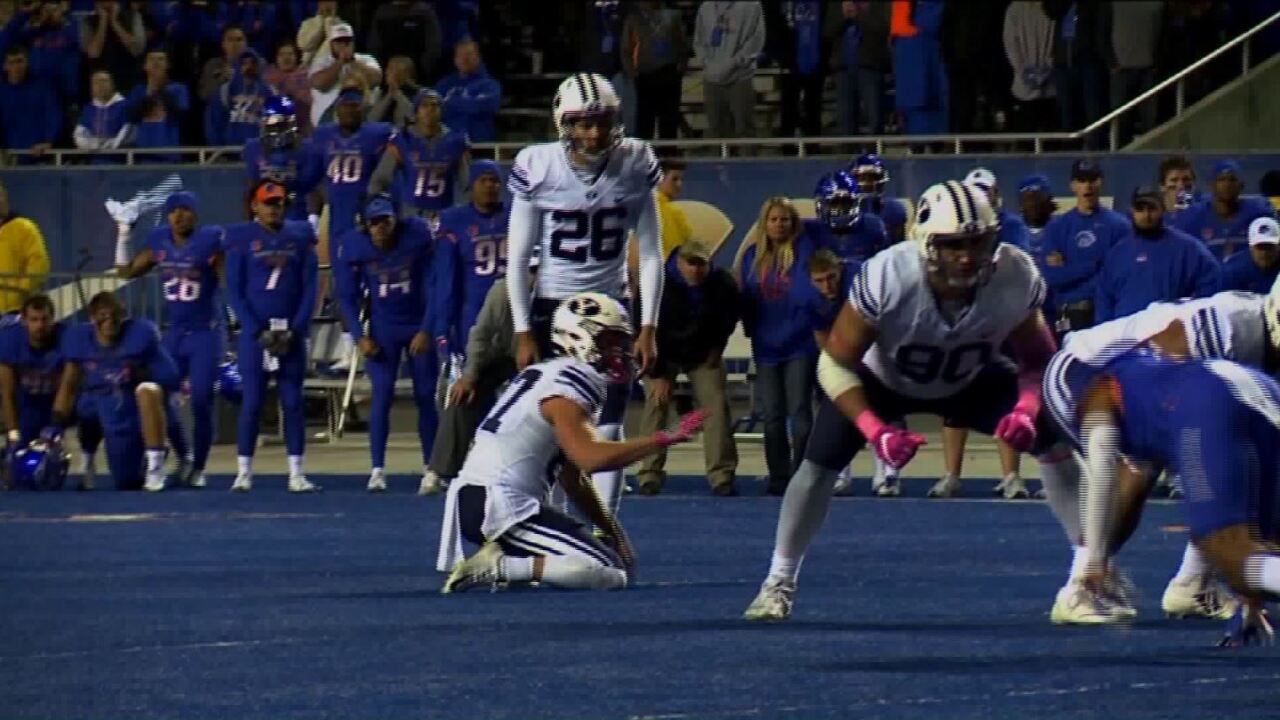 BOISE, IDAHO – BYU traveled to Boise State for a Thursday night game that featured a lot of chaos before the Broncos came away with a 28-27 win.

The Cougars were looking to continue their 3-game win streak, while the Broncos hoped to stay undefeated and have their eyes on the College Football playoffs.

The game started out normal, with Boise State scoring two touchdowns in the first seven minutes. But what happens in the last three quarters, you almost have to see to believe.

In the second quarter, Fred Warner picked off a pass from Brett Rypien, returning it 59 yards for a touchdown. This was Fred Warner’s second pick-six against Boise State, having done the same thing back in 2014.

Later, Johnny Linehan would fake a punt on 4th down, from BYU’s own end zone. He failed to convert and gave the ball to BSU in their own red zone. Boise would settle for a field goal attempt, then miss.

A couple of possessions later, Dayan Lake would pick off a tipped pass from Rypien and return the ball 50 yards for a touchdown. BYU would ultimately trail Boise State 21-17 at halftime. BYU also had three fumble recoveries.

The final two minutes of the game created havoc. With 2:03 left to play in the game and down 28-27, BYU got the ball back at their own 8-yard line.

Although they had a fresh set of downs, BYU chose to spike the ball and bring out Rhett Almond for the field goal kick. Almond’s 44-yard field goal attempt was blocked. However, because the ball didn’t pass the line of scrimmage and BYU recovered, they got the ball back on third down.

BYU failed to get back in field goal range, so on 4th down and the final play of the game Taysom Hill heaved a Hail Mary. The attempt was broken up in the end zone, and Boise State hung on to win 28-27.

The Cougars play next on Saturday, November 5, when they travel to Ohio to face Cincinnati.