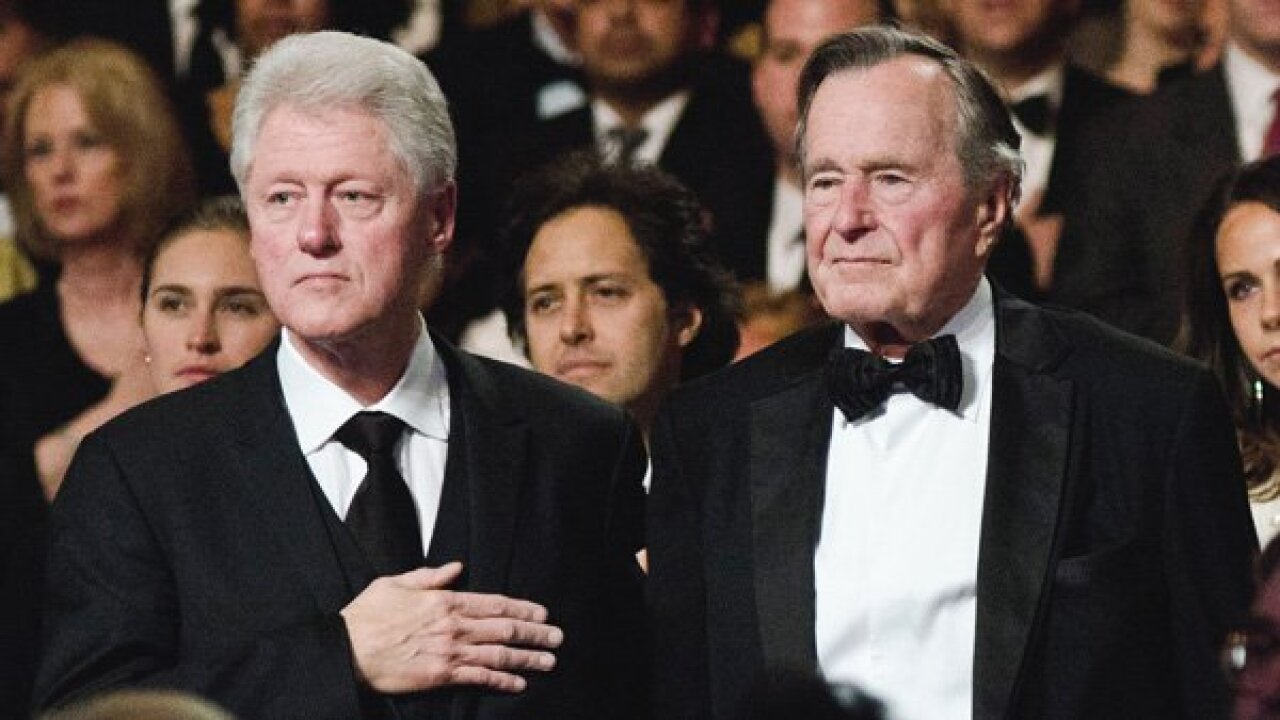 “I will look at it at the time,” Trump said when challenged on his claims the election is “rigged” against him. “I will keep you in suspense.”

It was written after Bush’s loss to Clinton in the 1992 election and was left for the incoming president on his first day in the Oval Office.

Read this. Think about this. George H.W. Bush's gracious handoff to Bill Clinton. It's beautiful. pic.twitter.com/XHjPvbzGu8

The letter was tweeted by Tom Ashbrook, the host of National Public Radio’s “On Point,” hours before the debate. It has been retweeted nearly 20,000 times as of Thursday morning.

As well as Trump’s refusal to say whether he would concede the election if he lost, the last debate of 2016 also featured Trump calling Hillary Clinton a “nasty woman.”

The full text of Bush’s letter to Clinton:

When I walked into this office just now I felt the same sense of wonder and respect that I felt four years ago. I know you will feel that, too.

I wish you great happiness here. I never felt the loneliness some Presidents have described.

There will be very tough times, made even more difficult by criticism you may not think is fair. I’m not a very good one to give advice; but just don’t let the critics discourage you or push you off course.

You will be our President when you read this note. I wish you well. I wish your family well.

Your success is now our country’s success. I am rooting hard for you.