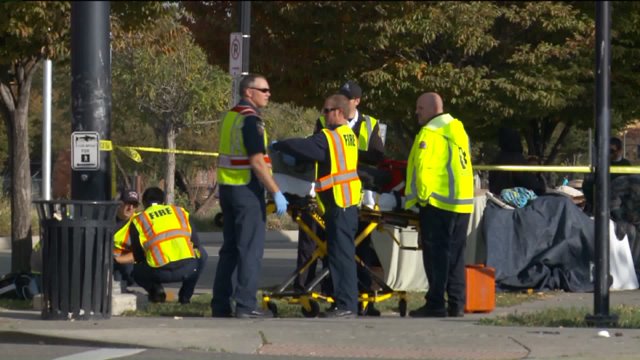 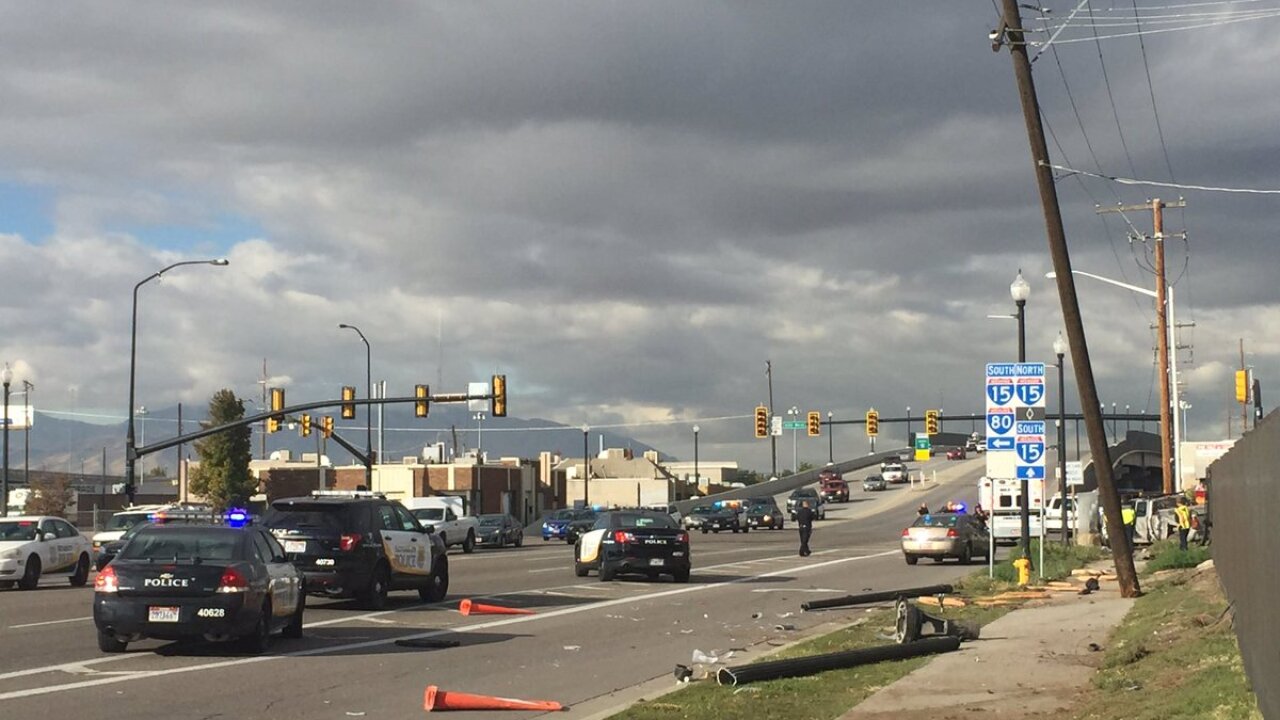 SALT LAKE CITY -- Police responded to the area of 400 South 500 West in Salt Lake City after an automobile hit multiple pedestrians, according to police.

Salt Lake City Police Detective Ungricht said they were called to a vehicle crash at about 9:30 a.m. Wednesday morning.

A male adult in a pickup truck was stopped at a light traveling westbound. The light turned green and the vehicles around him began traveling.

For an unknown reason the driver stayed stationary and then began to accelerate quickly striking another vehicle hitting a light pole, power pole and two pedestrians.

One pedestrian is in critical condition and the other is in stable condition, police said.

Both pedestrians are male adults in their thirties. The driver of the vehicle has been transported to the hospital to be evaluated.

Jason Olsen camps out near 400 South and 500 West where the homeless congregate.

He says he heard a loud boom like an explosion and ran to the men’s aid. He discovered one of the men was his friend named Andre.

“I looked down and Andre was covered in dirt and grass and his eyes are open… and he’s gone," he said.

At that time, Rebecca Manzanares drove by the accident scene.

“My husband saw the accident and says, 'Oh, my gosh! That guy just got hit.'"

She got out of her car to help. She says one of the men jumped out of the way just in time.

“His friend unfortunately was hit and drug by this vehicle 30-40 feet through the dirt and had gouges all over his body, his arms, his body was twisted. He just did not look good,” Manzanares said.

“After the first round of CPR, we got a pulse. We got him breathing," she said.

“If it wasn’t for us, Andre would be dead,” Olsen said.

Police tell Fox 13 they generally wait for the fire department to administer medical care due to training and liability issues.