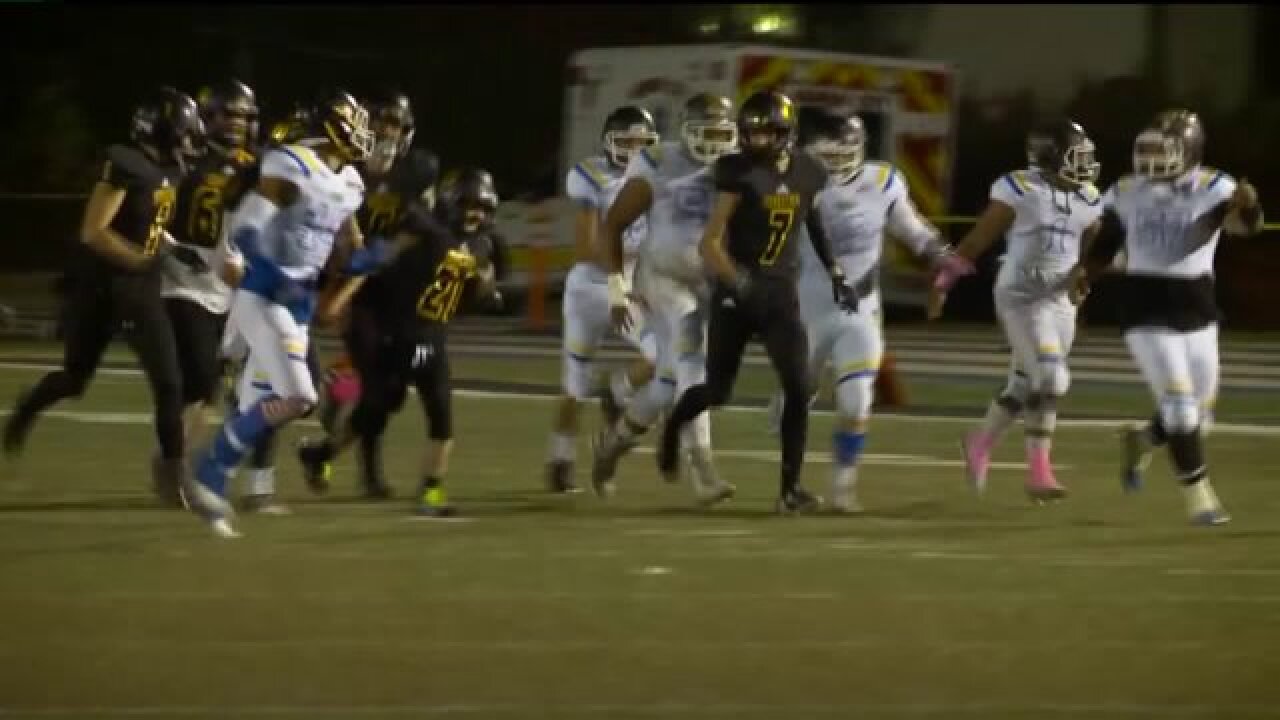 MURRAY, Utah -- It takes a team effort to win a football game, but sometimes it only takes one player to make a difference.

Alex Hart is a senior at Cottonwood High School in Murray. In junior high, he used to walk by a special needs student named Brian Herrera.

The pair would meet again in high school. Alex says Brian remembered him, and they started hanging out together during lunch. Brian doesn't talk much, but the pair have found ways to communicate. One way is football.

"Every time I come off the field, I'd come off and he'd give me a hug," said Alex of his friend.

He went to Brian's special education teacher and asked if Brian could join a football class and if he could be on the field during games. It made a difference.

"He seems to be doing better socially, his speech is coming along better, he just is all around a happier kid, which I didn't think he could get any happier but he did," said Kailee Sandberg, Brian's special education teacher.

On Thursday night, Brian finally got to take the field.

The team the Colts were playing, the Taylorsville Warriors, agreed the second half kick-off would start in special fashion. Brian fielded the kick. Alex, an offensive lineman who sat out the game with an injury, suited up for just one play and the chance to be at his friend's side.

Brian ran it in for a touchdown, and it's a moment neither of them will ever forget.