Man says he was raped in Missouri jail, sent bill for attack 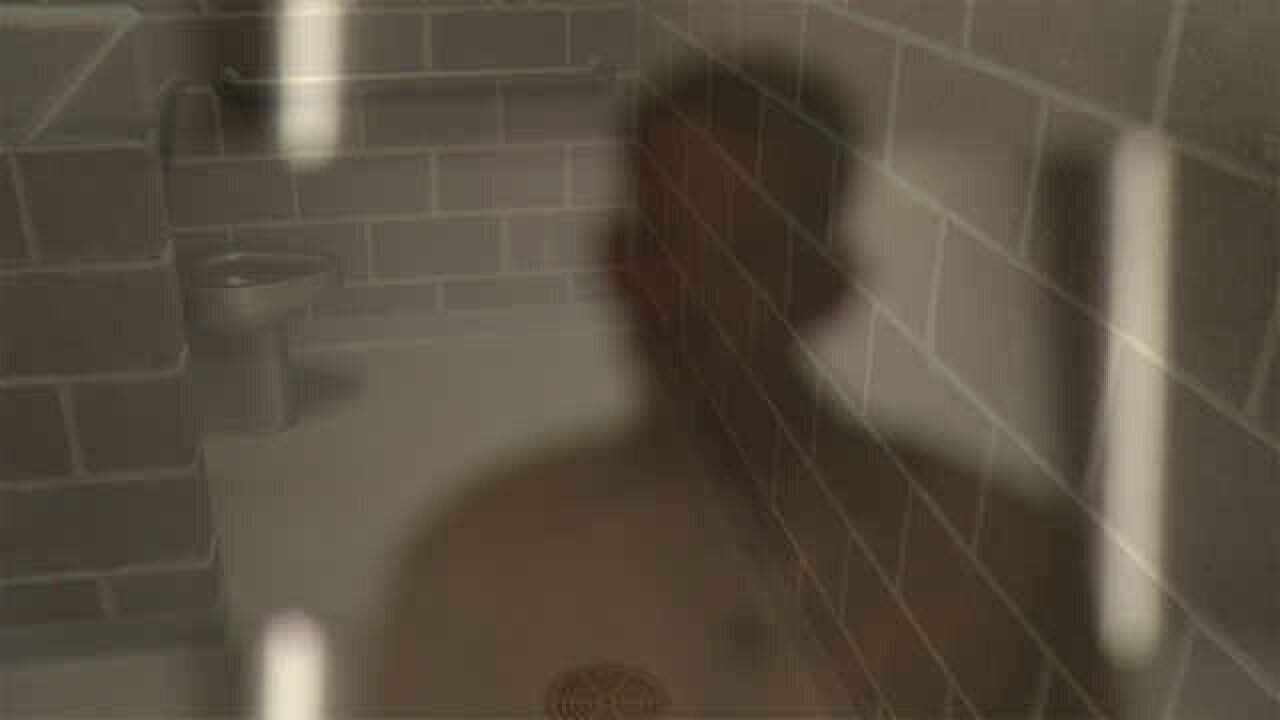 A former Jackson County inmate serving time for a probation violation, due to marijuana possession, said he was raped in jail then sent the bill for his attack. He said the sexual assault highlights other problems inside the Jackson County Detention Center. **Embargo: Kansas City, KS**

Missouri (KCTV) — A former Jackson County inmate serving time for a probation violation, due to marijuana possession, said he was raped in jail then sent the bill for his attack.

He said the sexual assault highlights other problems inside the Jackson County Detention Center.

“It’s killed me. It’s taken my manhood. I mean it’s killed. I can’t talk to nobody about it. I don’t have a whole lot left inside right now … for like at all … by any means,” said the victim who asked KCTV5 News to conceal his identity and call him “Matthew.”

Matthew said he was sleeping on the floor with other inmates outside cells due to overcrowding. He says guards left a cell door open because of a clogged toilet. Matthew believes his attacker purposely damaged his toilet so he would have access to other inmates throughout the night.

KCTV5 is not reporting the suspect’s name because he has not been charged. Court records show that man is currently charged with rape and sodomy of a minor.

“I didn’t even hear him. Only thing I knew was when I felt his hands my shoulder, actually shoulder and head. And, push me up against a wall. And, he told me to shut my mouth,” Matthew said.

Matthew said the attack happened in a dark communal bathroom. He was slammed against the wall and raped. Several teeth were broken in the attack.

Matthew said a female guard checked on the pod where more than a dozen inmates were housed. Matthew said his attacker and the guard appeared to be friends and traded words then items through the door.

“Big baggies. Big clear baggies of white powder,” Matthew said. “I knew then I was screwed.”

Matthew said the guard actually made eye contact with him but ignored the visible signs of rape which included physical injuries and tears on his face. She left and Matthew said he was drug back into the bathroom and raped again.

Matthew was sent by ambulance to Truman Medical Center. Nurses and doctors performed a rape kit. Matthew said he needed more than 10 stitches.

Matthew’s parents say their son called them from the hospital.

“I just went into a wilt and cried, you aren’t telling me this!” Matthew’s mom said.

His parents say Matthew returned from jail scared and angry. He has trouble sleeping.

Matthew said he spent a short time in the hospital then returned to the jail to finish his sentence. He said a guard pulled him aside and asked him to deny the rape because he was friends with the other inmate.

“Told me that this has been his friend for quite some time. He knew him since the fifth floor. He knew him from other floors. He’d been there for two years. He would like me to get on the phone and say this never happened,” Matthew said “This was a guard. He was a corrections officer that had been there five years.”

Matthew said the guard informed him he could make things tough for Matthew inside the jail.

Matthew said for his own protection he asked for solitary confinement. Which he reports was psychologically difficult.

Matthew was billed more than $900 for the ambulance ride from the Jackson County Detention Center to Truman Medical Center.

“I couldn’t believe it. I thought it was a joke. I mean for them to call an ambulance for me and send me a bill after this happens. I was beside myself,” said Matthew.

“Why would they do that? He’s under their protection! They should be liable for that,” Matthew’s mom said.

Matthew is waiting to see if other medical bills will follow. He also says there are future medical expenses related to the attack. He needs HIV testing and counseling. Matthew feels he now suffers from PTSD.

Matthew and his family are interviewing lawyers and plan to sue the Jackson County Detention Center. This is the fifth potential civil lawsuit KCTV5 has learned of due to security concerns inside the jail.

In August, two women reported they were raped when an accused murder was able to get a hold of a guard’s keys and unlock his cell.

Prosecutors report there is video of Dontae Jefferson wandering the jail for hours undetected. He is now charged with burglary and rape. Both woman have retained attorney who tell KCTV5 that lawsuits will be filed.

In February, a male inmate was attacked in the middle of the night. Records show eight other inmates were able to leave locked cells and pry his cell open. That inmate said he was stripped, beaten, held down and sexually assaulted. He also plans to sue.

KCTV5 was also contacted by a man who was brutally beaten for more than 90 minutes.

He says other inmates tried to drag him into the shower and rape him. The victim pushed a panic button twice, but the sheriff’s report notes that no guard physically checked on the pod.

The report notes the victim went untreated for days, and there is video of inmates mopping up blood to hide the attack. A lawsuit is also expected in that case.

A spokesperson representing Jackson County, which is responsible for the jail, says they cannot comment on the jail due to open investigations.

The FBI is reviewing allegations of guard misconduct and a former United States prosecutor has been hired to investigate security breakdowns.

Former guards and inmates tell KCTV5 that cell doors don’t always latch, and the entire third floor of the jail is now secured by padlocks.
Click here for updates on this story