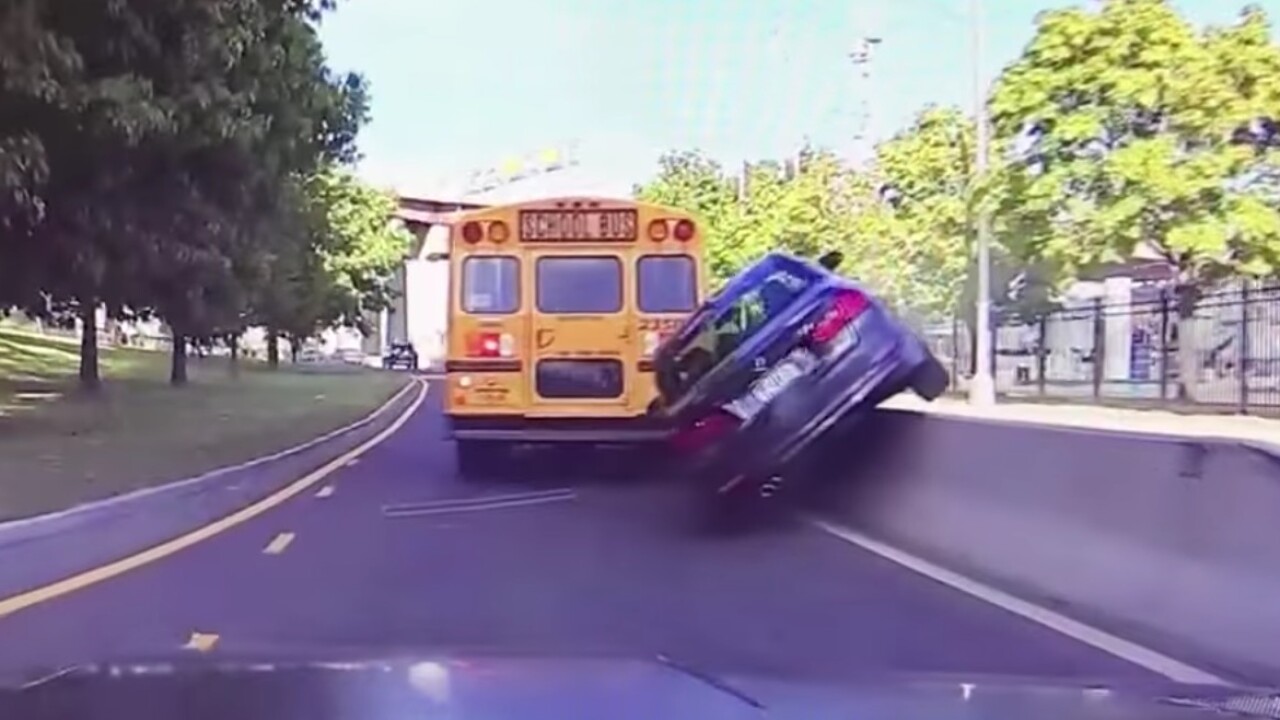 ALBANY, N.Y. — An impatient BMW driver tried to pass a vehicle on an interstate on-ramp and crashed on top of a concrete barrier in a road rage incident caught on camera.

The crash happened Tuesday at the intersection of Broadway and I-787 near Quay Street in Albany.

In the video, the man driving the car with a dash cam slows down to allow a school bus to merge on Broadway.

The driver of the BMW behind him gets frustrated, honks his horn and yells at the driver.

As the car drives forward toward the on-ramp, the driver of the BMW gets impatient and tries to pass him while he is turning left on the I-787 on-ramp.

Seconds later, the BMW hits an orange barrel, collides with the school bus and lands on top of a concrete barrier.

“I thought there was another lane!” the driver of the BMW can be heard yelling in the video.

According to some commenters who live in Albany, the road has always been a one-lane on-ramp.

However, the concrete barriers were recently added, making the lane more narrow than it used to be.

No serious injuries were reported.