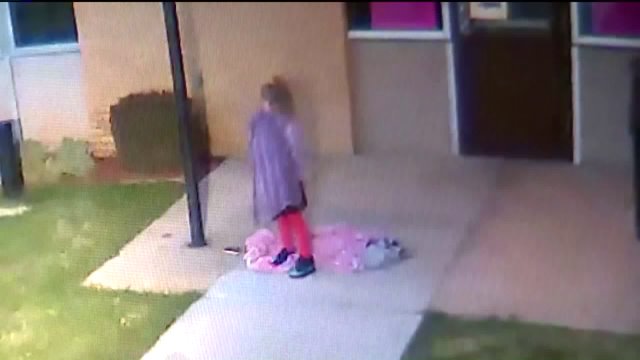 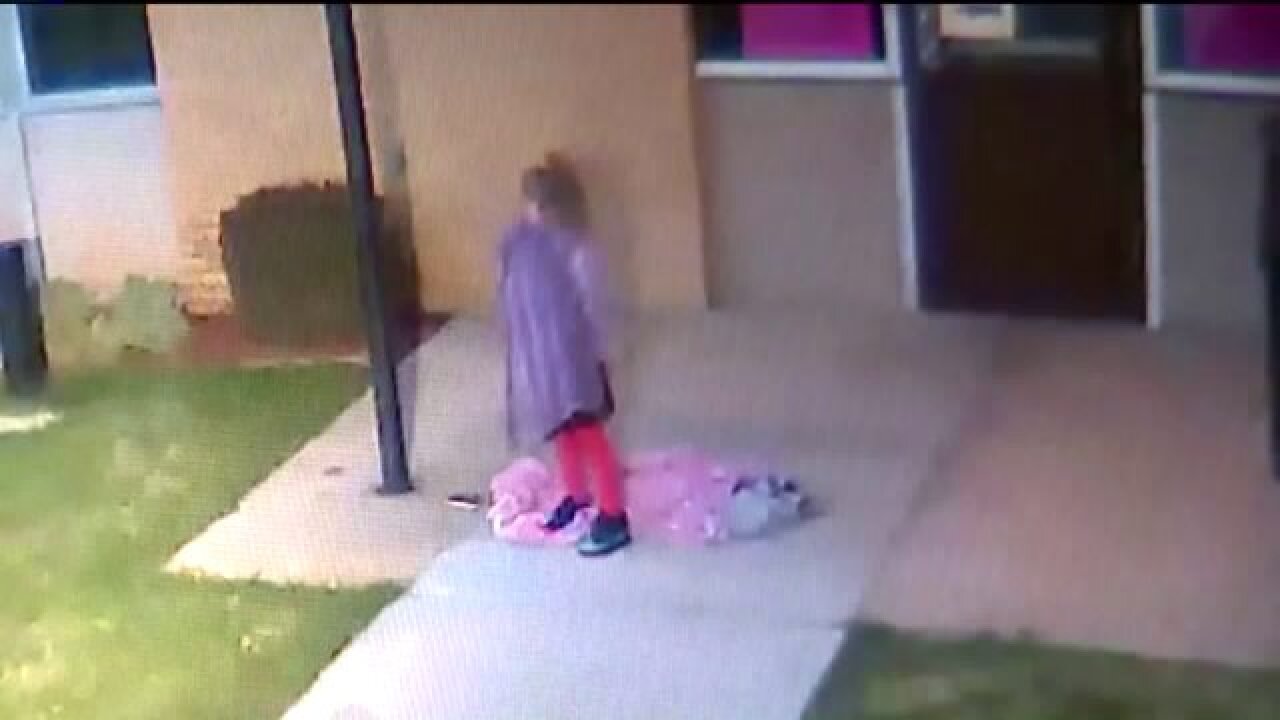 OGDEN, Utah -- Ogden Police want to know why a dad apparently ditched his 5-year-old daughter in the middle of the night and left her in the cold to fend for herself on a college campus.

A security guard later found her, and the whole thing was caught on surveillance camera.

The girl’s mother said her daughter was traumatized by the experience, which occurred while the child was staying with her father at his parent’s house for the weekend.

The father brought the girl to a doorway on the campus of the Ogden-Weber Applied Technology College, then left her there all alone.

“She said she got scared,” the girl’s mother said. “She was yelling, 'Daddy!' but no one was there.”

In order to protect the identity of the child, Fox 13 News is not identifying her mother or father by name. The girl's mother said her daughter was left with limited resources in the 39-degree weather.

“She said she just kind of had her blanket and waited until daylight,” the mother said.

Fred Frazier, Security Manager for the school, said the girl stuck to one spot.

“She stays right where she was told to stay,” he said, as he watched the security footage.

Her mom said the girl’s dad, "told her to shut up, and lay down and go to sleep."

Security personnel found her around 7:30 a.m., hurt and crying. Frazier said the security guard spotted the girl running. She tripped and fell, scraping up her knee and hand. The girl's mother said the girl had been running toward the security officer for help when she fell.

"It was heartbreaking for him," Frazier said. "To see a little girl running alone by herself. That's when he got very concerned, and she was shivering and cold.”

Ogden Police jumped into the investigation and figured out the girl's own father left her and didn’t come back. At this point they aren’t sure why.

“We don't know really what purpose he'd take the child, if there was a drug-induced psychosis. Right now, we're waiting to interview the father,” said Lt. Tim Scott with the Ogden Police Department.

Meanwhile, her mom wants answers on why her girl was left in the cold and why police have not yet spoken to the girl's father.

The mother told Fox 13 News they've had issues with the girl's father in the past. She said a protective order she filed on behalf of her daughter got denied by the courts, despite other family members also having a protective order against the man.

Ogden Police said the Department of Child and Family Services is involved in the investigation, and that the man could be charged with felony child abandonment or abuse.