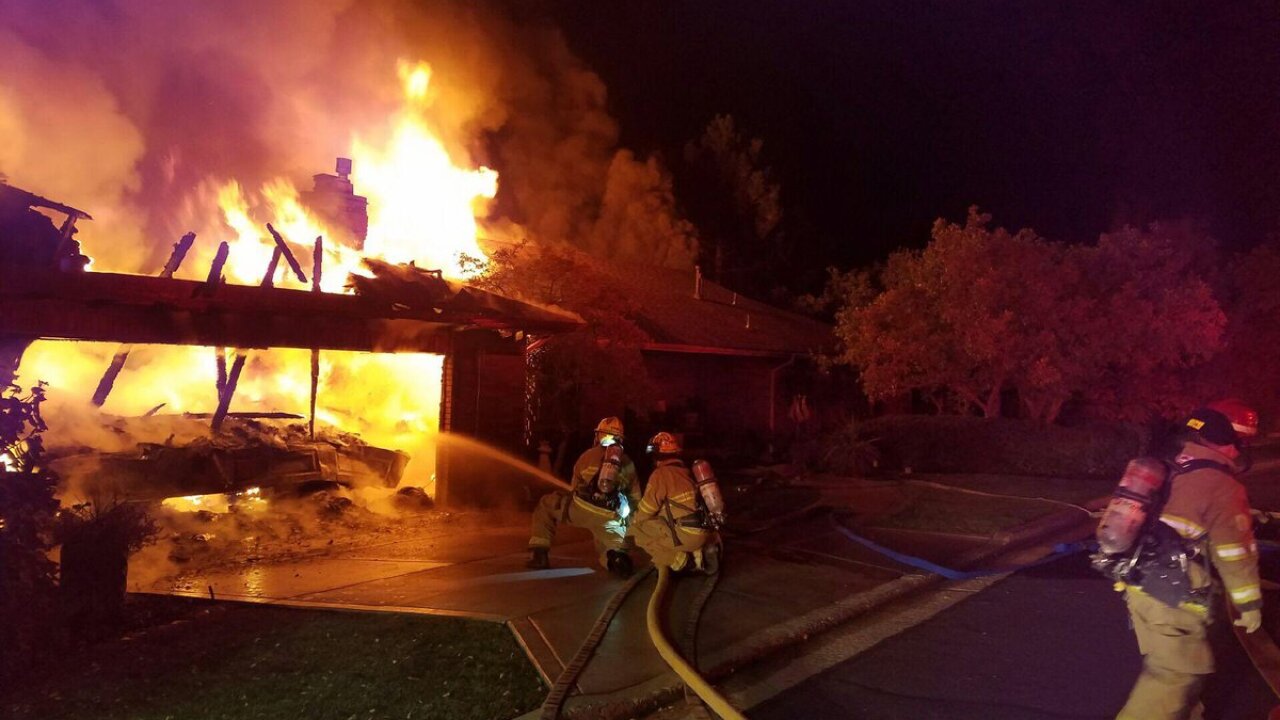 OGDEN, Utah – An Ogden family said their pets saved their lives after an overnight fire.

Authorities are investigating what sparked the blaze that caused $600,000 of damage early Thursday.

The homeowners said their pets woke them up and led them to a large fire in the garage.

Both residents, the dog and cat safely got out before the fire department arrived.

Crews are extiguishing the fire now using an offensive strategy.

Strategy changed from offensive to defensive by command at 1;07am.

Pets are safely outside of the home with homeowners. Damage is estimated at 600,000 dollars.