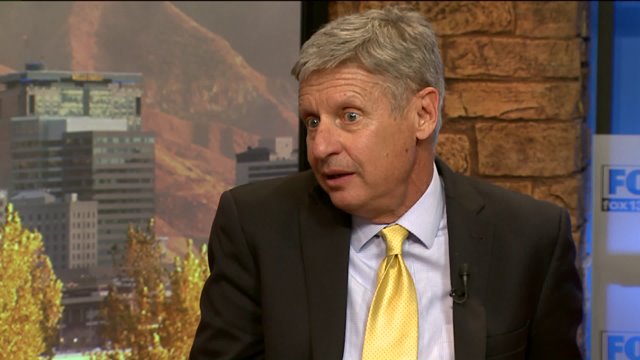 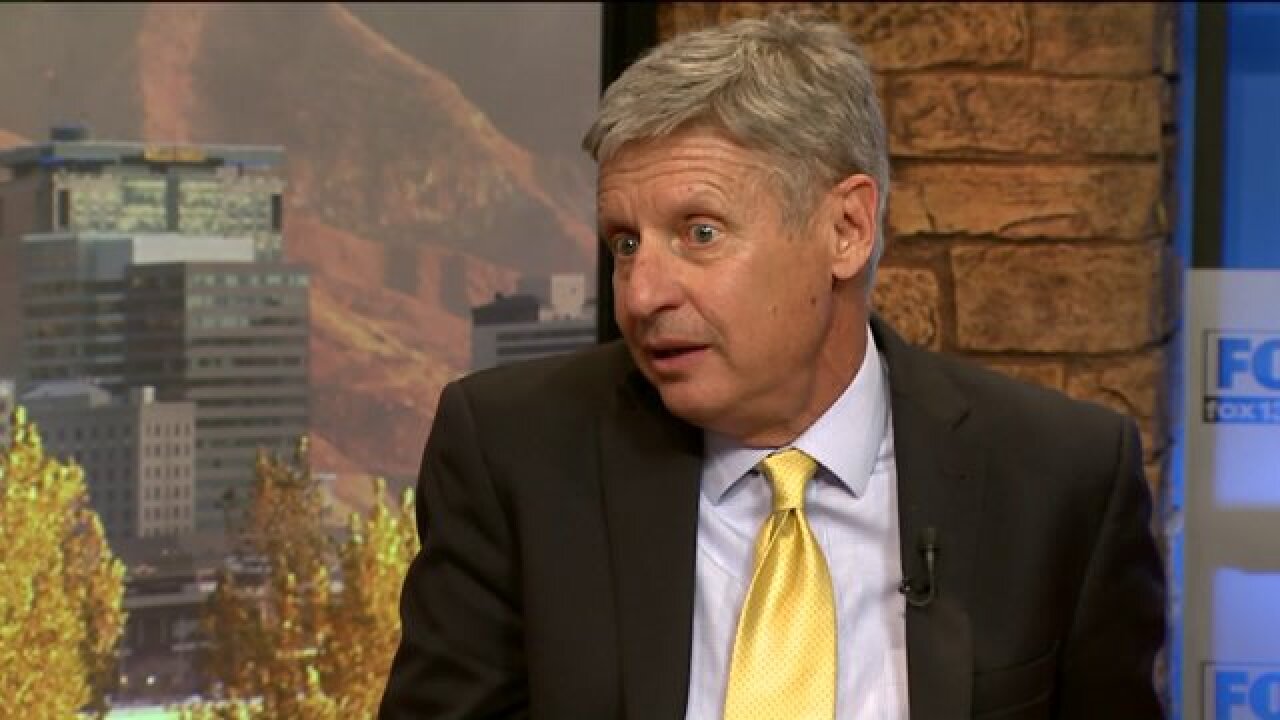 SALT LAKE CITY -- Libertarian candidate for president Gary Johnson is polling at 14 percent in Utah, and the former Governor of New Mexico stopped by Fox 13 News Wednesday to discuss his campaign.

Johnson is the only third-party candidate on the ballot in all 50 states, and he spoke about his campaign's chances in the upcoming race.

Johnson also addressed a recent pair of gaffes--one where he was unfamiliar with Aleppo, a city in Syria, and another where he failed to name a world leader he respected.

"Here's the response: Because you can dot the I's and cross the T's on foreign leaders and geographic locations, then that somehow qualifies you to put our military in harm's way?" Johnson asked. "To put our military in a position where they are losing their lives, they're getting hurt, they're getting maimed.... and then hundreds of thousands of innocent people are dying in areas that we are involved in. We are making the situation worse and not better."

Johnson said the U.S. military strategy lately is to make our military the world's policeman, a strategy he said he doesn't condone. He said crossing the T's and dotting the I's doesn't qualify someone to be Commander-in-Chief.

See the video above for Johnson's complete remarks.