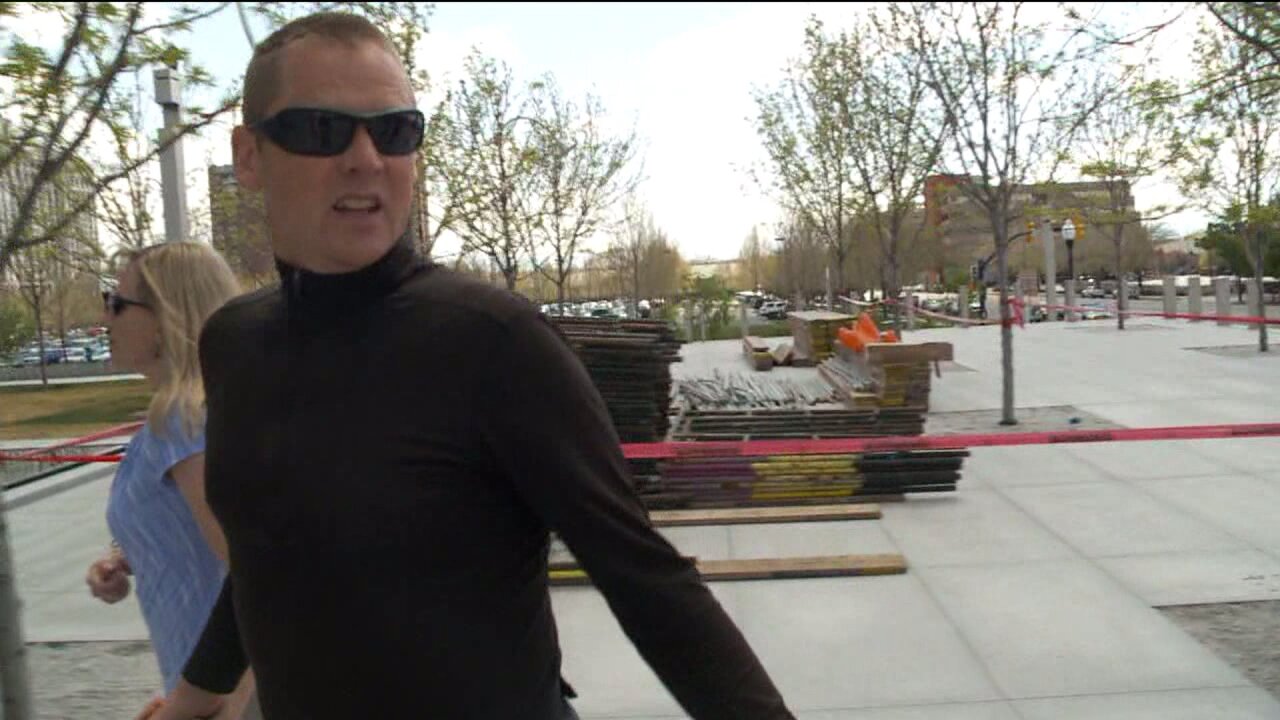 File Photo: Dell Schanze speaks to reporters outside of the Federal Courthouse in Salt Lake City

SALT LAKE CITY — Among the posed pictures of political candidates in Utah’s official Voter Information Pamphlet, the entry for “SuperDell” Schanze sticks out.

The Independent American Party candidate is in action, using a motorized glider on the water. Even his running mate, Gregory Duerden, looks more like a politico with his American flag tie. But Schanze’s statement to voters stands out from those of Republican Governor Gary Herbert, Democratic challenger Mike Weinholtz, or even Libertarian candidate Brian Kamerath.

Schanze threatens voters with the wrath of God.

File Photo: Dell Schanze speaks to reporters outside of the Federal Courthouse in Salt Lake City

From the Utah Voter Information Guide:

The Voter Information Guide is sent out to every registered voter in the state, featuring statements from each of the political candidates.

Schanze, a former TV pitchman and owner of “Totally Awesome Computers” has made runs for governor before: as a Libertarian in 2008 and a Republican in 2010. Most recently, he pleaded guilty to a federal misdemeanor charge of harassing wildlife stemming from a 2011 videotaped incident where he was accused  by federal prosecutors of chasing a barn owl in a paraglider and kicking it.