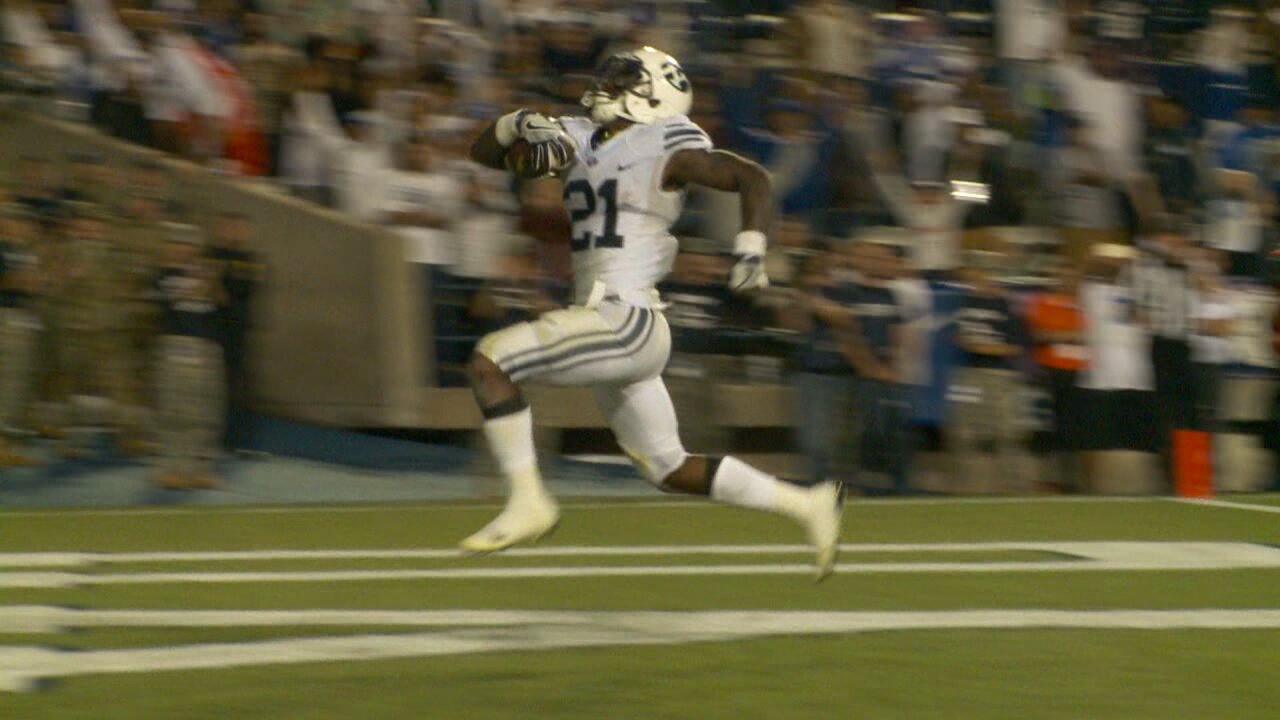 PROVO, Utah -- It was a scoring bonanza in Provo Friday night as the Brigham Young University Cougars fought off Toledo 55-53 in a game that featured plenty of last-minute drama.

The two teams combined for 14 touchdowns between them, including five for BYU running back Jamaal Williams. The game moves Williams into second place for BYU career rushing yards.

"You just take your opportunities, and one of the things I'm really working on is patience, and waiting for the holes to open up for me," Williams said. "So, just taking my time and waiting for my linemen to make the holes for me, and following my blockers. It's just a great team, we win, we're just learning every time we come out here, so we'll go back to practice and learn some more."

The teams traded the lead a handful of times in a fourth quarter that featured 35 points total, and Cougar fans were probably feeling confident as Williams earned his 5th TD with three minutes left to take a 52-45 lead for BYU.

But Logan Woodside lead the Rockets on a brisk drive down field, chewing up 79 yards in under two minutes and scoring a touchdown. Rather than kick the PAT to tie the game, Toledo went for and converted the 2-point play to take a 53-52 lead with just over a minute showing on the clock.

"...The funny thing is I was thinking about a 2-point play to get ready for that, so I can have the 2-point controversy continue every week," BYU Head Coach Kalani Sitake said. "It was just weird, the whole chain of events, the way  it happened,"

But Taysom Hill and the Cougars weren't out of the fight, and they rallied back on a 71-yard drive that included a 33-yard pass from Hill to Colby Pearson and set up sophomore kicker Rhett Almond with a 19-yard shot at victory. The kick was good, and BYU improved to 2-3 on the season.

"It was just like a PAT, that's what I was trying to think of the whole time, game winner or not, every kick's the same," Almond said.