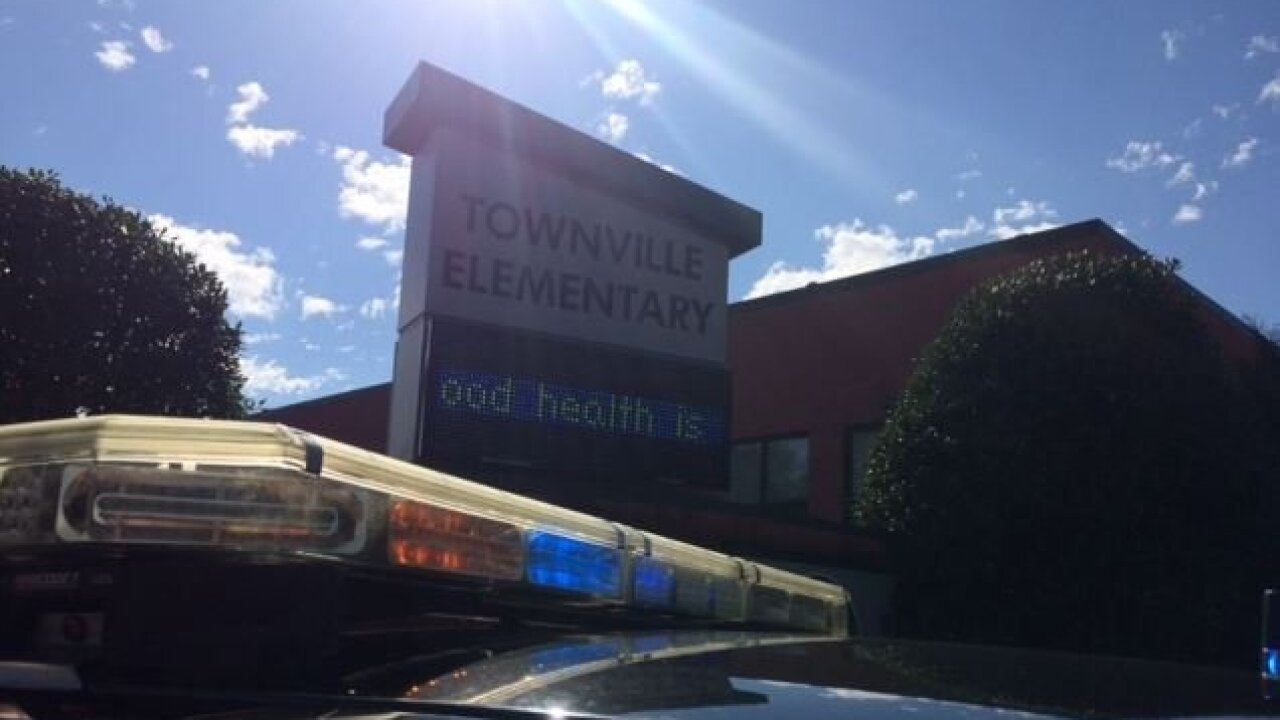 Two children and a teacher were shot by a gunman at an elementary school in Townville, South Carolina, an official with Anderson County Emergency Services told reporters Wednesday afternoon.

By Faith Karimi and Jason Hanna

(CNN) — A South Carolina teen suspected of killing his father before shooting and injuring children and a teacher at a school playground was charged in the case Friday, as one of the wounded students fought for his life.

The 14-year-old suspect was charged in family court in Anderson with murder and three counts of attempted murder. CNN is not naming him because he is a minor, and it is not yet clear whether the case will be heard in adult court.

Authorities say they believe the teen fatally shot his father in their Townville home, and then opened fire Wednesday at the playground at Townville Elementary School, southwest of Greenville, wounding two children and a teacher.

Jacob Hall, 6, was one of the injured. He is in critical condition and fighting for his life, relatives said.

In a statement, a doctor treating Jacob said he suffered a major brain injury.

“Jacob was shot in the leg. The bullet hit his femoral artery, causing massive blood loss, which led to cardiopulmonary arrest,” Dr. Keith Webb of the Greenville Health System Children’s Hospital said. “He has undergone surgery and a number of procedures to try to stabilize his condition.”

Describing the boy’s battle to survive, the first-grader’s family said, “We are hanging on every second.”

“As long as his heart’s beating, we’ve got hope,” his great-aunt Rebecca Hunnicutt told WHNS.

“Jacob was one of these kids who you would swear was carved out of cream cheese,” she said. “He is as beautiful on the inside as he is on the out.”

A minute before the teen allegedly opened fire, he called his grandparents’ cell phone, sobbing and mumbling unintelligibly, authorities said.

They could barely hear him because of his crying, CNN affiliate WYFF-TV reported. So they headed next door to his house to check on him.

The teen allegedly drove a Dodge Ram onto school property and jumped a fence to access the playground, according to CNN affiliate WHNS-TV. It said he never entered the school.

At 1:45 p.m., a teacher called 911 to report the shooting at the playground behind the school.

The teacher and other student injured were released that evening after being treated at a local health center, hospital officials said.

CNN’s Keith Allen and Shawn Nottingham contributed to this report.