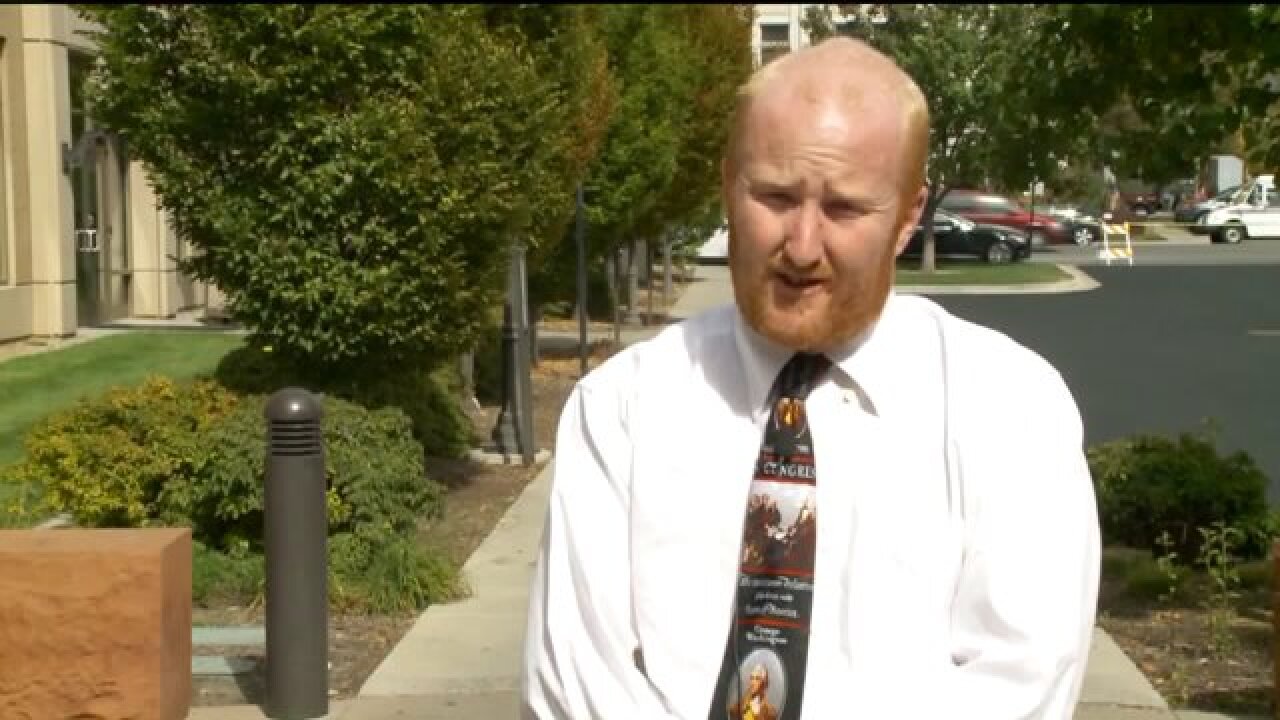 PROVO, Utah -- A third-party candidate for Utah Senate District 16 is apologizing for remarks he made about a gay youth's suicide after an image of the comments went viral online.

Jason Christensen, the Independent American Party candidate for Senate District 16 in Provo, posted on a Facebook thread after a gay teen committed suicide.

According to a screen capture posted online, the post stated: “Yes this is sad, hopefully God will have mercy on both sins that this boy committed. The sins of homosexuality and the sins of murder(sic)"

A 19 yo boy committed suicide this week for being gay. This man who commented on his obituary is running for public office. from lgbt

Further in the thread Christensen explained he believes suicide amounts to murder.

The comments went viral after being posted on Reddit and other websites.

Friday, Christensen said he is apologizing for those remarks.

“I apologize for that, and I hope with my love and asking for apology, I hope the family can accept my apology,” he told Fox 13 News.

Sen. Curt Bramble, the Republican incumbent Christensen is challenging in the upcoming election, offered his take on the issue.

"The comments that Jason Christensen made about a young, 19-year old man who had committed suicide are vile and cruel, and unbecoming of anyone who aspires to represent Utahns in state government,” said Troy Williams, Executive Director of Equality Utah.