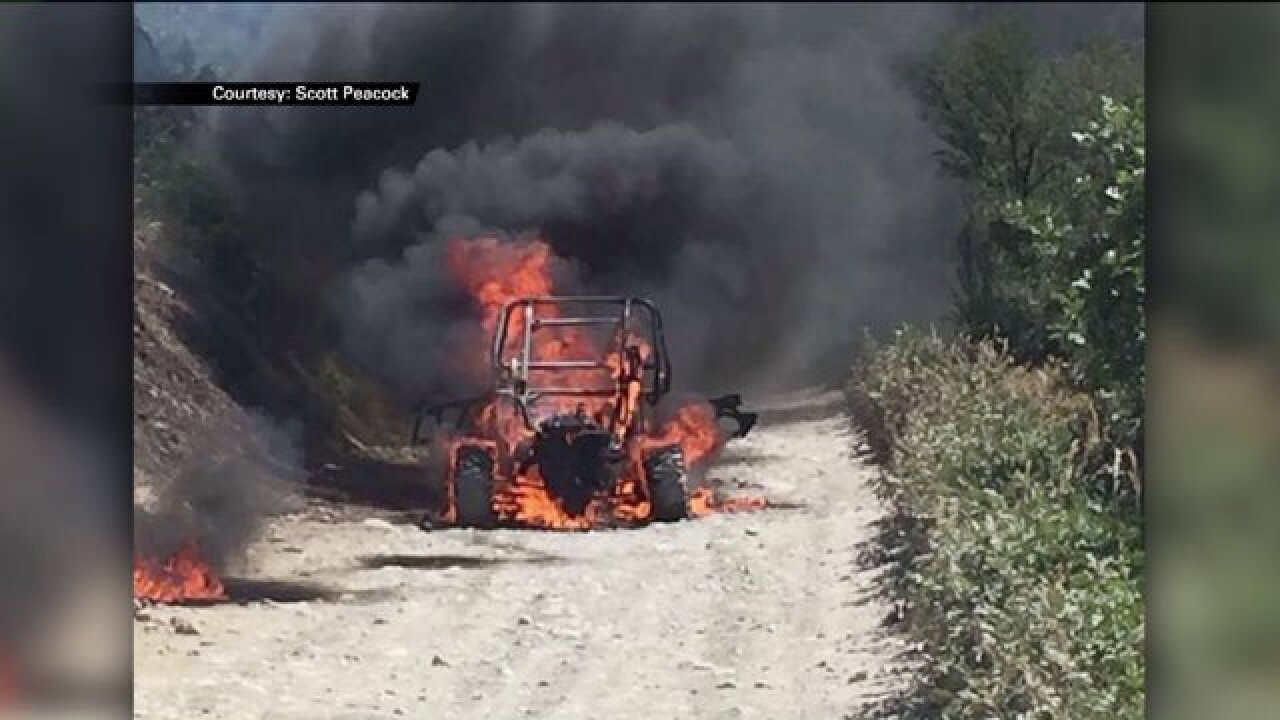 UTAH COUNTY -- A Utah family is suing Polaris, an ATV company who their attorney says sold them a faulty vehicle that caught on fire during a ride in American Fork Canyon.

Jose Pina was on the Utility Task Vehicle with his friend, Bernabe, and his wife, Maria, who was holding their baby son Anthony and daughter Alexa.

The family says the back seat caught fire randomly. That's where Maria, Anthony and Alexa were sitting. Alexa suffered the worst burns and needed skin grafts.

“It's a shocking scary thing that needs to be stopped by Polaris, and these recent fires indicate they have not done it right yet,” said Colin King, the family’s attorney.

Polaris has issued several recalls, including one for the Pina’s UTV model the day after the fire on July 25th.

“That's what annoys us and upsets us, is it shouldn't have waited until after our clients were burned; it should have been done before that, and we can't imagine that Polaris didn't know that this particular model was also subject to these risks of fire,” King said.

Polaris made another recall this month on September 1. The recall brings the total up to 13,000 vehicles, including 2,230 ROVs recalled in December.

“Polaris' recalls have been insufficient and inadequate, and we know that because this is about the sixth one they've done in the last four years, and about the fifth in the last year; and they have the same problems pop up," King said.

“It shows recklessness and outrageous conduct, and it shows they are valuing other things like sales and profits more than the safety of the people,” King said.

Fox 13 reached out to Polaris for comment on this story but so far has not yet received a response.