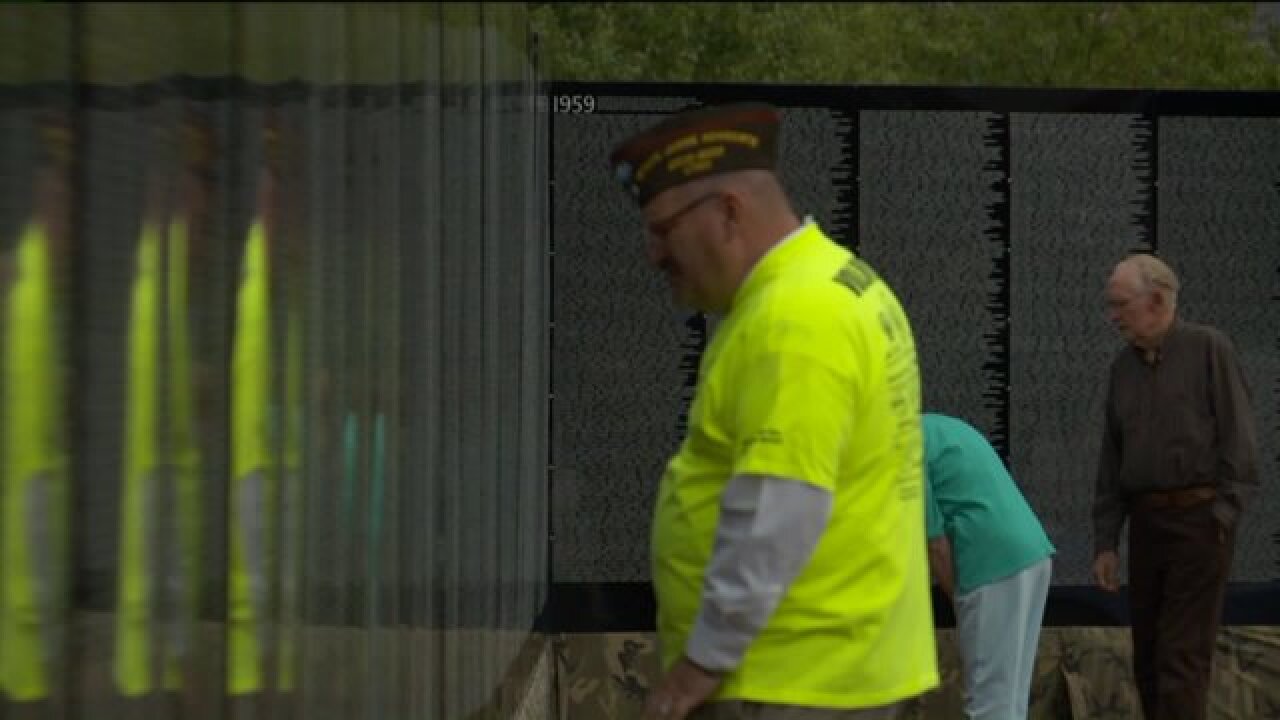 SALT LAKE CITY -- After being absent for nearly a decade, the traveling Vietnam Memorial Wall made its way back to Utah.

Fox 13 News spoke with several veterans about the wall and the efforts to make sure veteran’s sacrifices aren’t forgotten.

“There’s over 54,000 names on the wall, and we have several Utahns that are on the wall,” said Robert Pagnani, Elk Lodge President for Utah. “Just to see their name on the wall, gives me a little bit of peace."

The Elks Lodge Community Organization in Provo worked for more than a year to bring the wall to the Beehive State. Recently, technology made it so the memorial includes new ways to explore the names engraved on the wall.

“They'll put their name into a computer, and they'll be able to say, ‘OK, they were this age, they were killed at this time, and they're on panel number seven, line number E4,'”  Pagnani said.

Organizers also brought in local veterans to display uniforms, medals, and other memorabilia. But those who served say the most important thing they brought were memories they could share with the younger generation.

“We had seven young men from Pleasant Grove that got killed in Vietnam, one of them I had the privilege of escorting his body home,” said Paul Schoonover, a Vietnam veteran. “We played baseball and basketball together.”

The soldier he brought home was Jeff Goss. His brother John, another Vietnam veteran, attended the memorial. He said he doesn't want Jeff’s life or the surviving Vietnam veterans to be forgotten.

“Barely 20 years old when he died,” Goss said. “He was a brave kid. A lot more brave than I was. He got a Silver Star for one thing. He was wounded three times before. He could have gone home already, but he didn’t wanna leave his guys, and he paid the price for it.”

Veterans said the wall is a reminder of the cost some paid in service to their country.

“That’s mainly what I wanted the kids to know,” Schoonover said. “There's a lot of people that died and been wounded and served our country.”