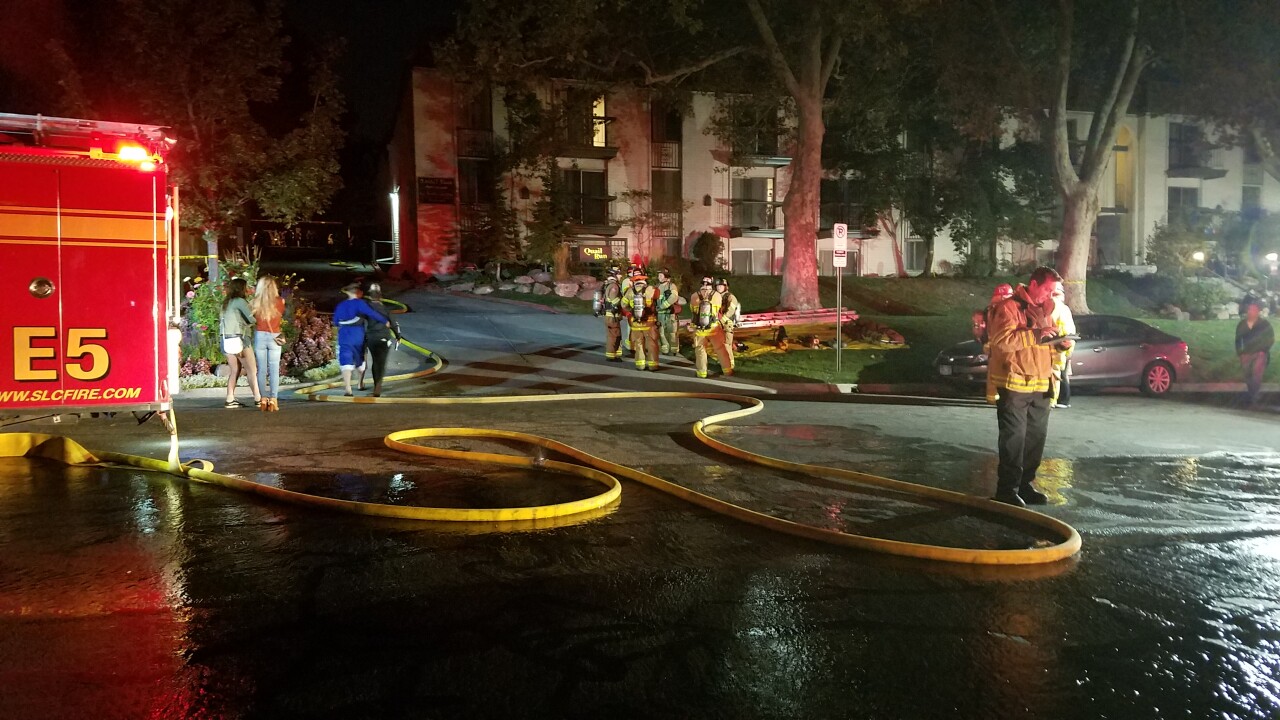 SALT LAKE CITY — Crews responded to a two-alarm fire in Salt Lake City Friday night, and occupants in all 18 units are displaced for the night due to smoke and water damage.

The fire broke out at an apartment building at 647 South and 1200 East. Fox 13 News first heard report of the fire just after 9 p.m.

According to the Salt Lake City Fire Department, the blaze affected one apartment on the first floor of the three-story building. There was also smoke damage throughout the building.

All residents of the building are displaced for the night, fire officials said. They estimate 30-40 people total live in the 18 impacted units. A nearby LDS Church has opened their doors for anyone who needs a place to go.

When crews arrived on scene, there was heavy smoke, and fire officials said the apartment sprinkler systems activated and the resulting flooding actually caused more damage than the flames did.

There were no injuries reported, and the cause of the fire remains under investigation.