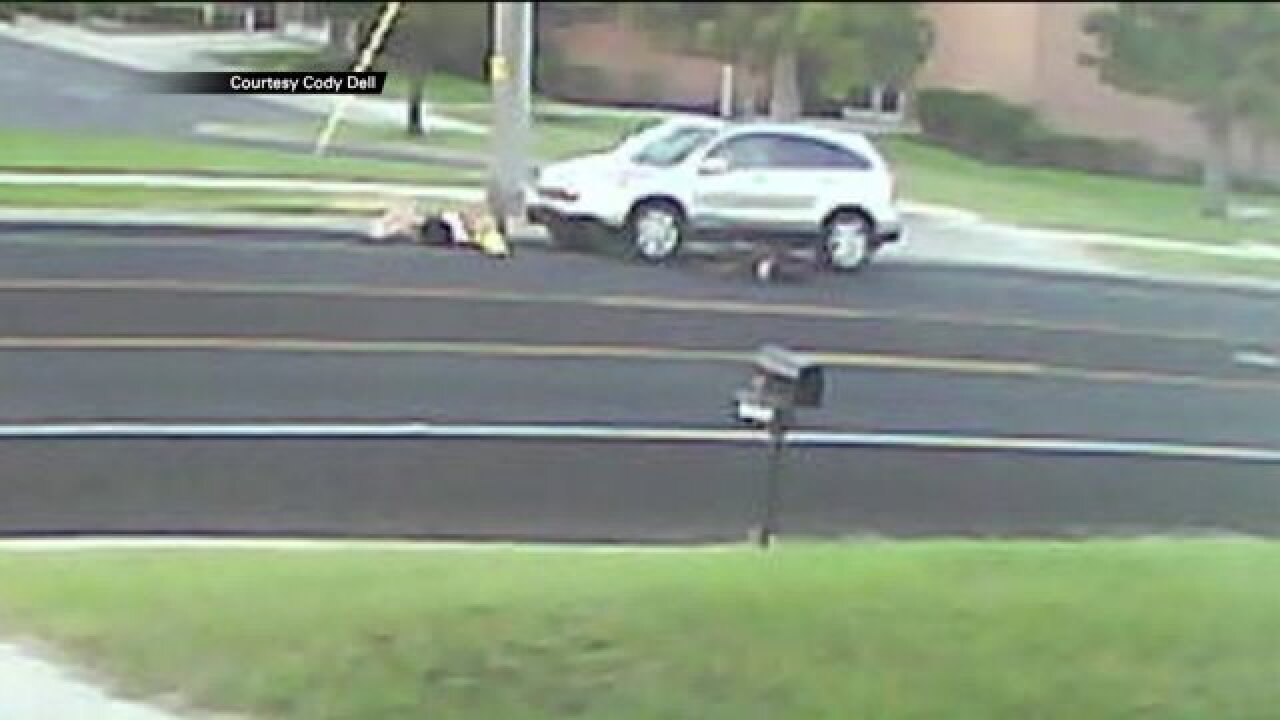 TAYLORSVILLE, Utah - A man bicycling in Taylorsville Tuesday morning got hit by an SUV, sending him flying up onto the hood of the vehicle.

Somehow he was able to walk away and it was all caught on home security video. The crash took place on 4800 South and 900 West around 7:30 a.m.

A man in a yellow jacket was riding his bike when all of a sudden an SUV coming from behind hit the cyclist, propelling him across the hood and windshield, then back onto the road ahead.

Police say the driver, a 16-year-old girl, was distracted and never saw the bike.

"As the viewer you are going, 'stop, slow down, wait,' you almost want to scream at the video because you can see it happening," said Christensen as she watched the video.

A second surveillance camera caught the end of the crash. Its fortunate the driver didn't run the man over. The cyclist, a 45-year-old man, quickly got up and walked away. Police say he suffered some bumps, bruises and road rash, but he'll be OK.

"Always shocked to see someone get hurt, if you're not you're not human," said witness Matt Beckstead.

Beckstead was sitting on his porch when he saw the accident happen. He said he broke his neck and back after getting hit riding his bike on this very same road years earlier.

"More and more I seeing people driving faster and faster on this road and we got a lot of people ride their bikes on this road," Beckstead said.

As for the driver, she was given a stern warning but was not cited. Zero Fatalities says nine cyclists in the past two years have been killed on Utah roads. They say most of those deaths could have been prevented.

"Watching this video you go, 'if I could allow myself to be distracted that could be me and I don't want that to be me,' luckily the cyclist is OK but too often on our roadways we don't see that happen," Christensen said.