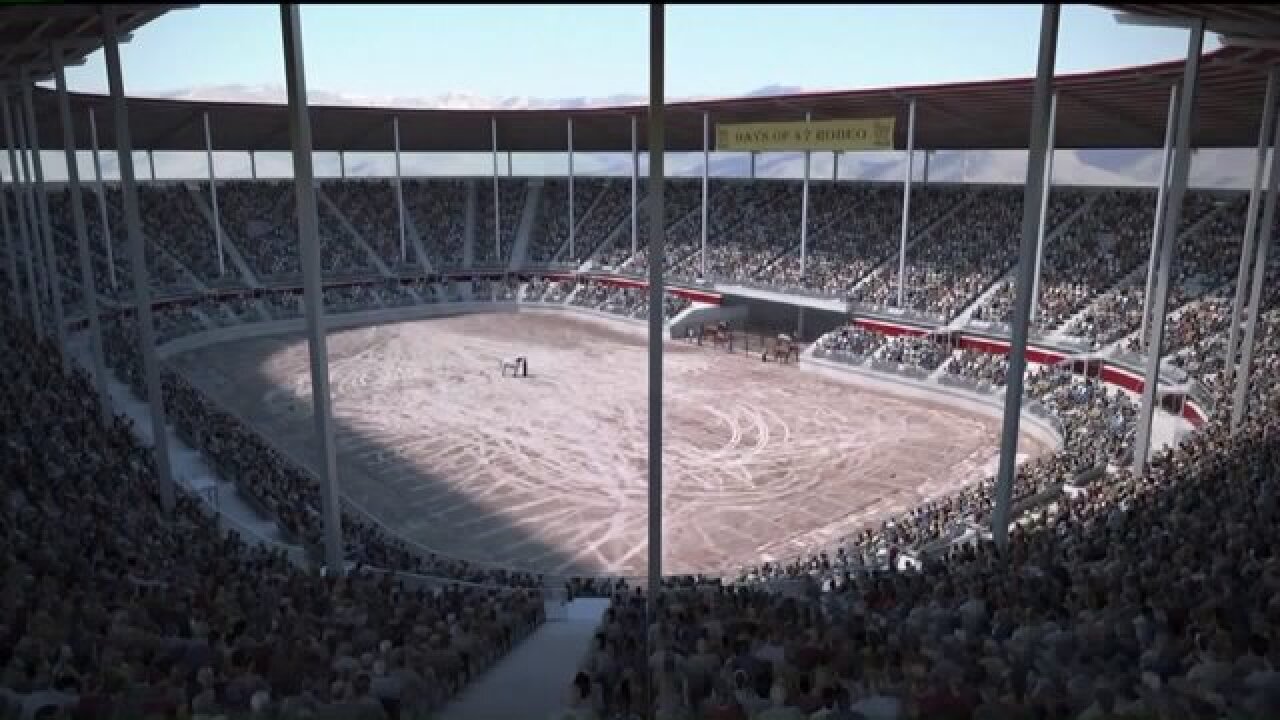 SALT LAKE CITY -- State and local leaders hope a $17 million arena will bring new life to the Utah State Fair Park and the areas surrounding it.

To keep the state fair where it is or move it has been a hot topic for years now, but after more than a decade of discussions a groundbreaking is the first sign the event is there to stay.

“On many levels this is a red letter day,” said Governor Gary Herbert.

A groundbreaking marks the start of turning an empty lot into a multipurpose arena.

“I grew up going to the fair, I have great memories doing that as a kid, and now they get to come up and experience the fair,” said Salt Lake County Mayor Ben McAdams.

This soil has been the host of the state fair since 1902. The new investment of the multipurpose arena marks a commitment the fair is here to stay. The $17 million arena, which seats 18,000, will be the new host of the Days of 47 Parade. It also aims to lure other big events like concerts and rodeos.

This move comes after years of debating whether to move the fair or renovate the area. Many were fighting to keep it where it is.

“For the first time in 16 years, the bruises on my forehead from banging against the wall are starting to heal; I’m very pleased, I could not be happier,” said Roger Beattie, Chairman of the Board for the Utah State Fair.

Local leaders say this investment is just what the west side needs to clean up the entire area.

“I think if you walk the grounds today, we are better off today than we have been for a decade,” Beattie said.

The anticipated finish date is July 19.