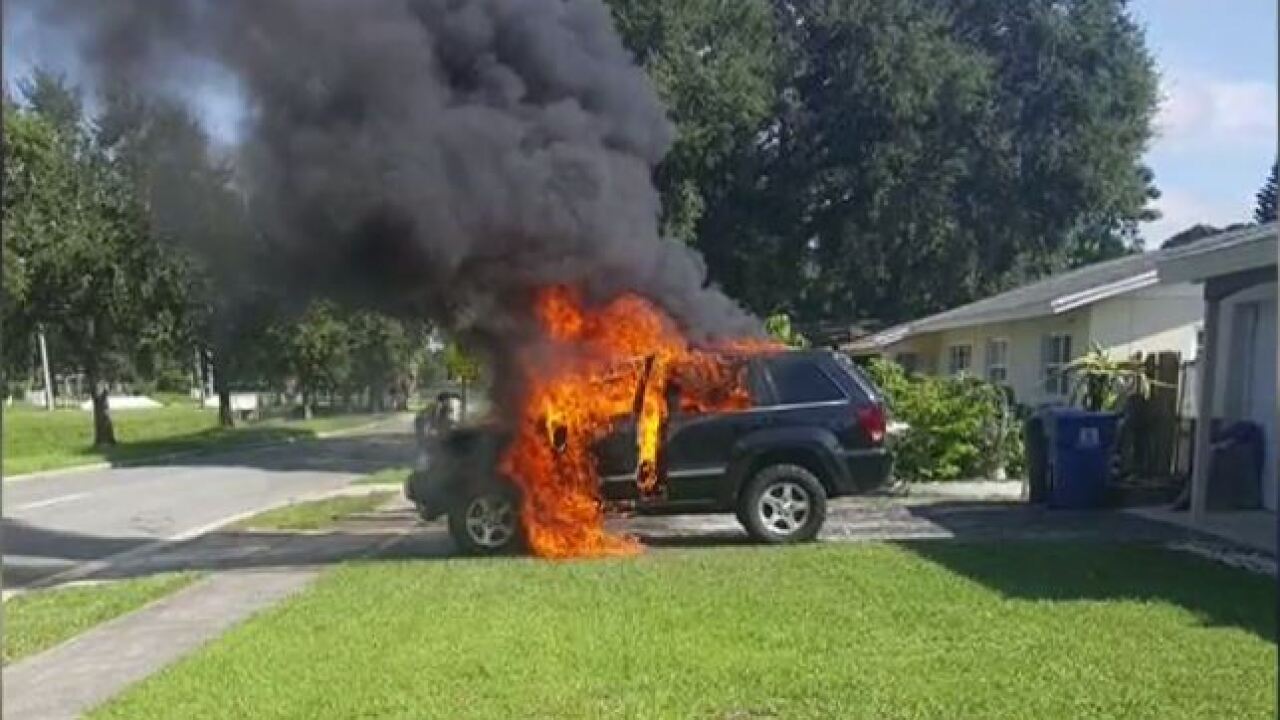 ST. PETERSBURG, Fla. — A family in Florida says their Jeep caught on fire after a Samsung smart phone exploded, and the incident comes just days after the company issued a recall for the Galaxy Note 7.

WTVT in Florida reports Nathan Dornacher and his family went to a yard sale Monday morning and left a Galaxy Note 7 charging in the center console of his Jeep Grand Cherokee while they unloaded a desk they bought for their daughter.

The parents sent their daughter and family service dog back to the car, but the dog knew something was wrong. That’s when Nathan looked out a window and saw his vehicle engulfed in flames.

Local fire crews responded to extinguish the blaze, which WTVT reports was ignited when the cellphone exploded. Samsung has recalled millions of the smartphones worldwide after reports the devices can catch fire while charging.

Samsung issued a statement to WTVT, saying in part they are working with the Dornacher family to investigate the case and “ensure we do everything we can for him. Consumer safety is Samsung’s highest priority.”

The statement also directs Note 7 owners to their exchange program associated with the recall.