Utah governor on Trump: ‘I don’t need to talk about this anymore’ 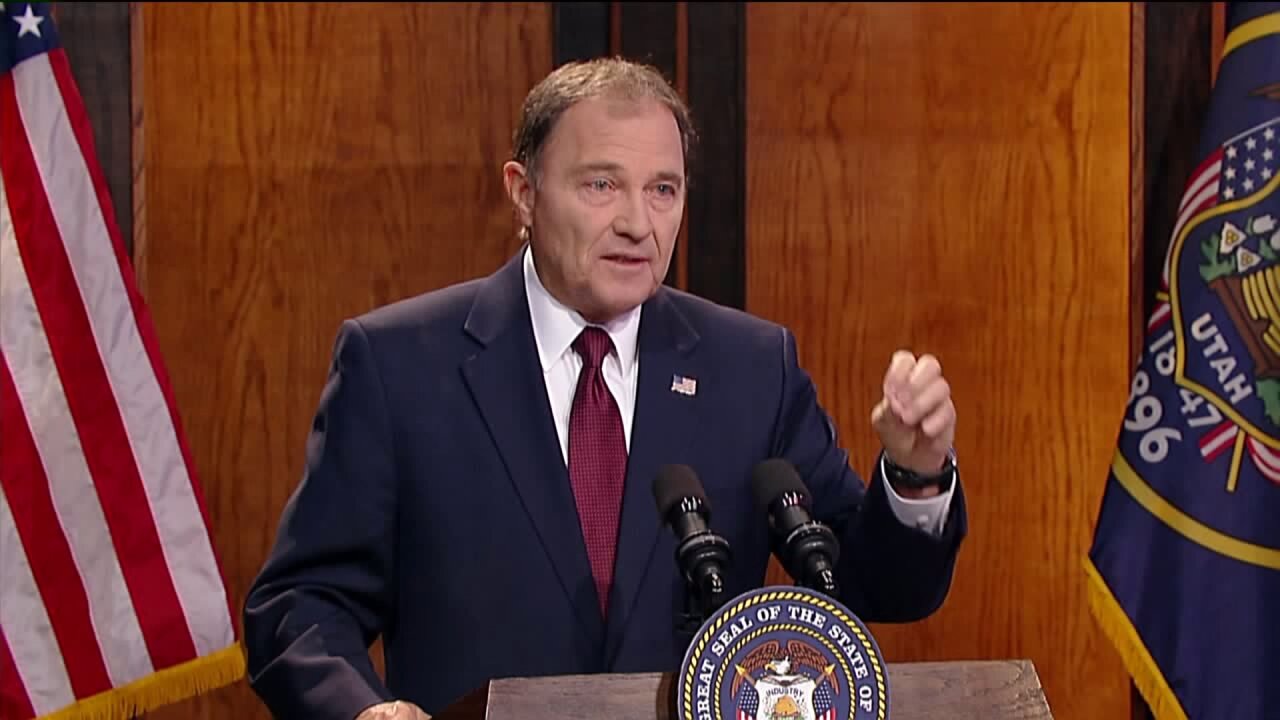 "I really do believe in Mike Pence," Gov. Herbert said during his monthly news conference at KUED. "He brings some stability and vision and he certainly lines up well with Utah."

Gov. Herbert did not join with other Utah Republican leaders recently in offering an endorsement of Trump when Pence made a stop in Salt Lake City last week. When reporters quizzed him about why he declined to offer an endorsement, the governor responded: "You know how I'm going to vote. I don't need to talk about this anymore."

"I'm focused on my own election here. I'm in my own campaign and what the people of Utah want me to concentrate on is not the presidential race," he added. "I'm not an advocate for anybody. I'm not an apologist for anybody."

Gov. Herbert maintained he would vote the GOP ticket, even as others within his own party have admitted to struggling with who they will vote for. Some Republicans have eyed independent candidate Evan McMullin, others are looking closely at Libertarian candidate Gary Johnson. Some Republicans have even declared that with Trump being so toxic, they'll vote for Democratic nominee Hillary Clinton.

The governor noted it cuts both ways: many Democrats have problems with Hillary Clinton. Speaking to reporters, Herbert said he'd like to look at the nomination system -- after the election.

"After we get through Nov. 8, let's talk about a new process," he said. "The question people ask is, 'Why is the process not delivering us the best and the brightest as the nominees of the party?' That's the question we ought to have a long discussion on and maybe we ought to have that after Nov. 8."

The governor would not elaborate on what he would like to see, but in the past has suggested a regional presidential primary.

Other highlights from the governor's monthly news conference: