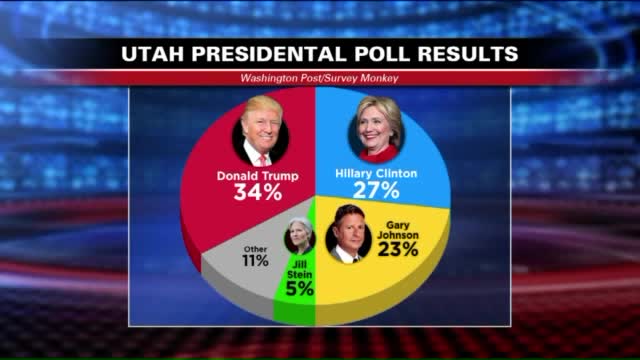 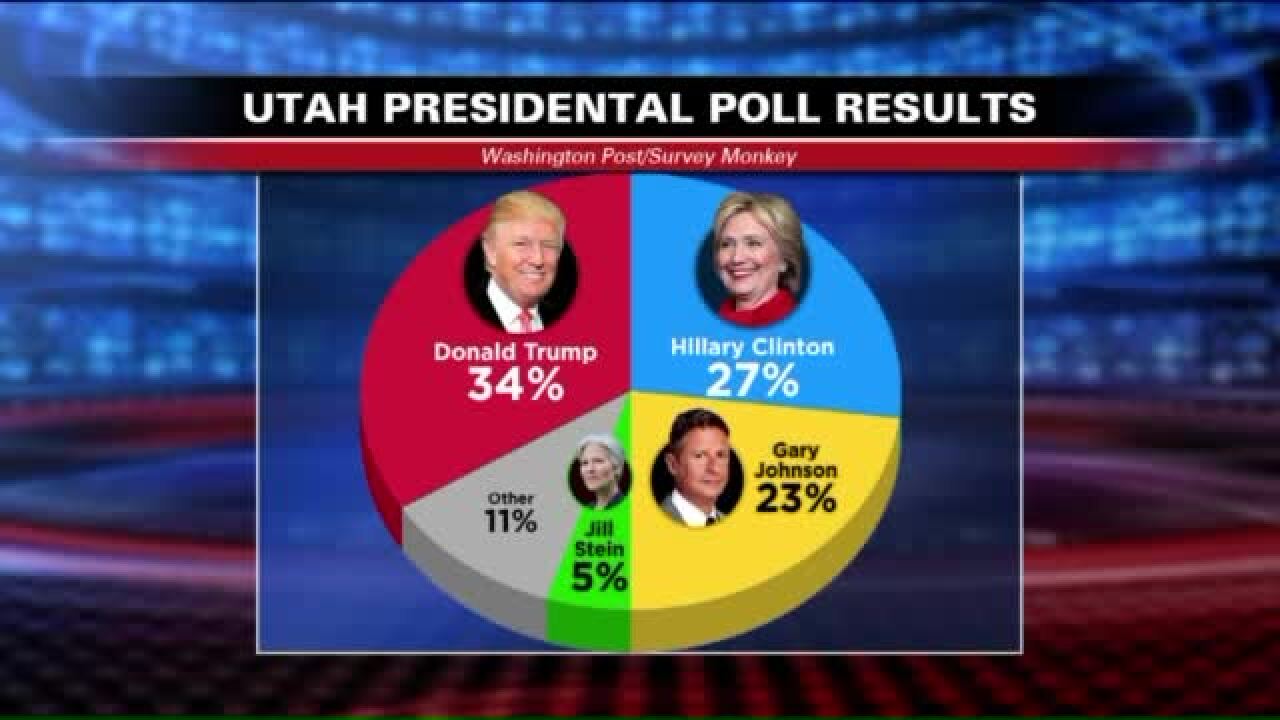 Utah is unique when it comes to this year’s presidential election.

A new poll from the Washington Post, conducted by Survey Monkey, shows Utah is the state where Donald Trump is likely to win with less enthusiastic support than anywhere else.

Trump gets 34 percent in Utah, ahead of Hillary Clinton’s 27 percent and 23 percent for Libertarian Gary Johnson.

“If I had to bet, I would bet that Donald Trump would win with a historically low percentage of the vote for a Republican nominee in modern times at least,” said Quin Monson, a professor at BYU and a pollster himself.

Trump’s 34 percent in Utah isn’t only the lowest number for a candidate winning a state, Trump also has more support in at least eight states where he’s still losing to Clinton or is tied.