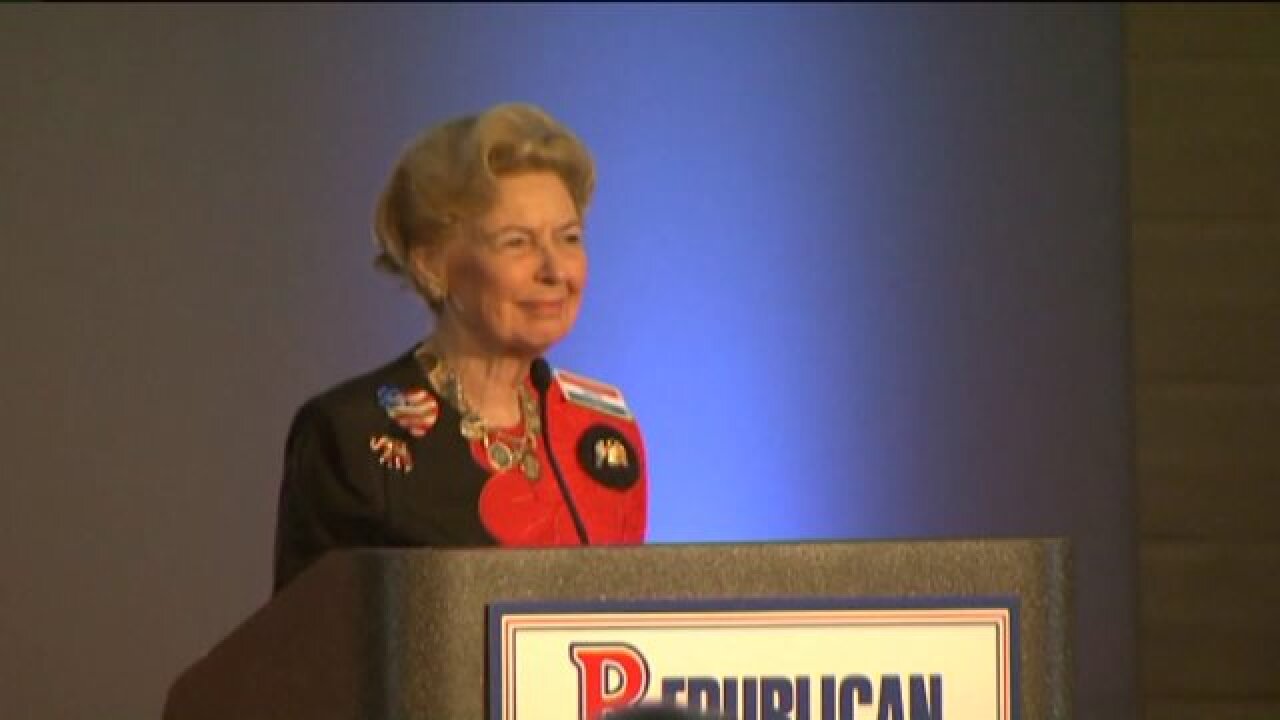 SALT LAKE CITY - Phyllis Schlafly became one of the most influential women in American politics by opposing the womens’ movement, and in so doing, she created a network of socially conservative women around the country called the Eagle Forum.

Utah Eagle Forum President Gayle Ruzicka said Schlafly was like a third parent, guiding her as a political organizer.

Schlafly is most known for organizing the Stop ERA movement as the Equal Rights Amendment sailed through Congress and 30 states in 1972 and 1973. The ERA stalled as Schlafly and other conservatives rallied arguments and protests in the American South, Midwest and Southwest, saying the amendment would force women into the draft and out of the home.

After defeating the ERA, Schlafly renamed Stop ERA the Eagle Forum and worked to make the Republican Party and the nation more socially conservative.