College football player from Utah under investigation for rape 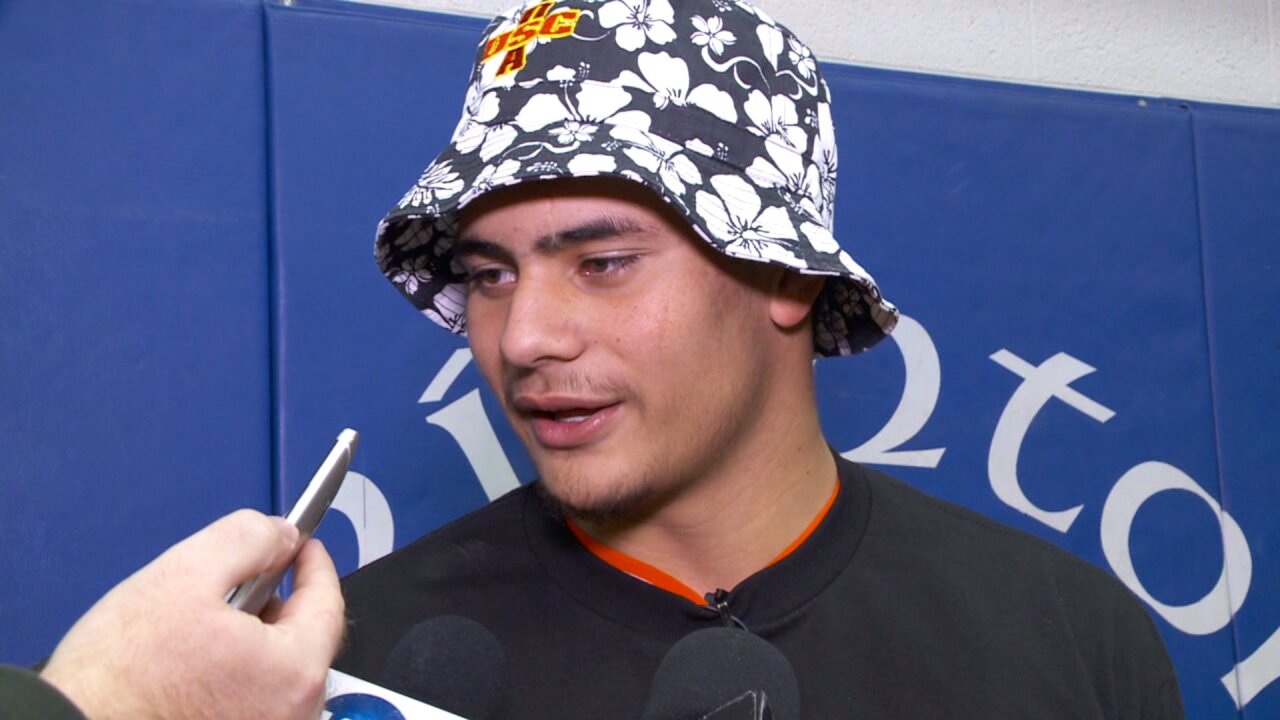 COTTONWOOD HEIGHTS, Utah – A USC football player from Utah is under investigation after accused of rape, sodomy and other sexual crimes officers say allegedly happened in Salt Lake County this summer.

Former Brighton High standout Osa Masina, currently a linebacker for USC, is suspended from the game this week against Alabama for a “violation of team rules.”

Reserve linebacker Osa Masina will not make the trip to Dallas for Alabama game, per Clay Helton, due to a violation of team rules.

Cottonwood Heights Police confirmed the ongoing investigation and said Masina could be facing charges for rape, forcible sodomy, fondling and “exploitation by telecom.”

Cottonwood Heights PD, with the help of the Los Angeles Police Dept., served a search warrant last week at a USC practice facility in Los Angeles.

USC Athletics told Fox 13, “USC is aware of the investigation involving student-athlete Osa Masina. USC is cooperating fully with authorities in Utah, the lead agency in the investigation. Due to privacy laws and to protect the rights of our students, we are not able to discuss this matter further.”

“Southwest division detectives did interview Osa Masina on a case they’re investigating. However, the nature of the case and his involvement in it are not being disclosed. Media relations made clear this is a separate case from the Utah case.”

Masina’s parents here in Utah referred Fox 13 to the defense attorney representing Masina who would not comment on the case.

Cottonwood Heights Police will not comment on the case either.