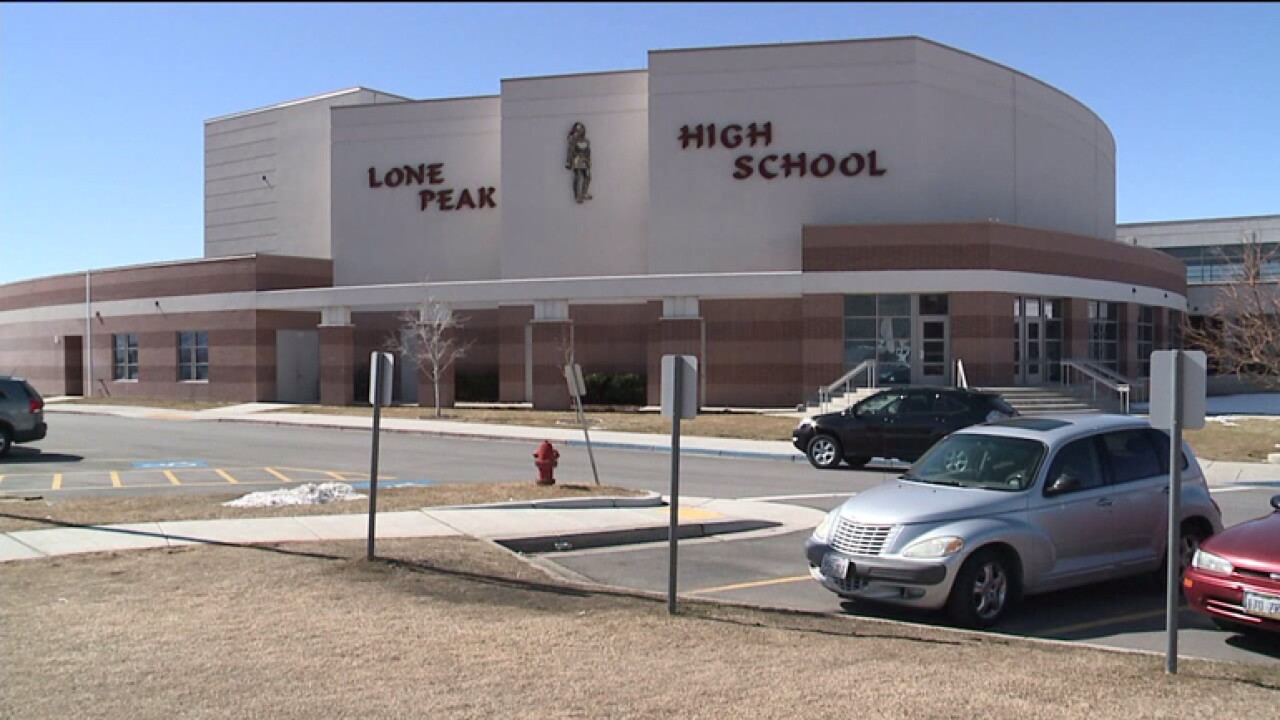 HIGHLAND, Utah — Several students from Lone Peak high school have come down with viral meningitis, and the school is trying to calm the nerves of parents, faculty and students.

“I’m kinda shocked, that there is that many,” said Leana Corry, mother of a Lone Peak High School student.

School officials said less than ten cases have been reported, and at least two of the students needed to be hospitalized. A specific number of cases was not provided.

“We had a good friend that lives in this area that had a form of meningitis and was in the hospital for a long time," Corry said.

Leana Corry is a parent of a student at Lone Peak High School, and she said she has some concerns.

“So it really makes me nervous, because I'm not quite sure what to expect, and I don't know if it's something like, how do I keep my child safe? ...it just scares me,” Corry said.

Lone Peak declined to comment on what it specifically said to its students, staff and their families, but Corry said she did get an email from the school letting her know that students are sick.

Lisa Guerra, Epidemiology coordinator with the Utah County Health Department, said they were notified as well.

“An ER doctor let us know and was alerted, he was a little concerned that there were more than one that came from this high school," Guerra said.

The Utah County Health Department wants to remind everyone to wash their hands regularly, stay home if they are sick, and seek medical attention if they have a fever.

“For some reason or another, very few people may actually have complications from this virus, and some of the complications can be phenomena and meningitis, among others,” Guerra said.

“The viral meningitis itself caused by the virus does not create a concern within the school that the condition meningitis will be passing through the school,” Guerra said.

The CDC says that adolescents need their meningitis vaccinations before 7th grade (age 11-12), and a follow-up shot when they’re 16.

In addition to vaccinations, the health department offered the following prevention measures for viral illnesses:

• wash hands frequently
• cover coughs and sneezes with arm or sleeve (not hands)
• clean and disinfect regularly touched surfaces, especially when someone is sick
• avoid touching your face with unwashed hands
• stay up-to-date on vaccinations
• stay home when you are sick

For more information about viral meningitis, visit http://www.cdc.gov/meningitis/viral.html and http://health.utah.gov/epi/diseases/viral_meningitis/