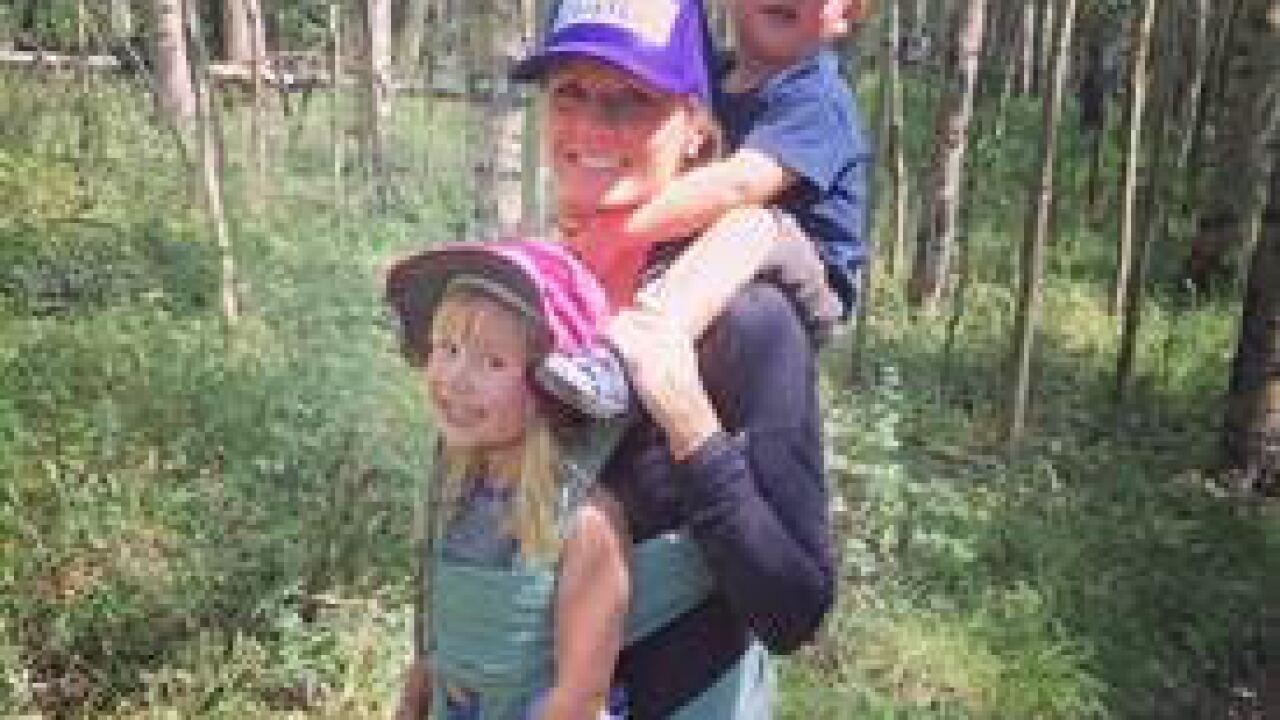 LAKE POWELL, Utah -- A mother jumped into Lake Powell Tuesday after her 2-year-old son went overboard, and while she was able to hold her child above water long enough for him to be rescued, that act would prove to be her last.

Chelsey Russell, a 35-year-old woman from Lakewood, Colorado, died Tuesday after she was pulled from the water in the Hall's Crossing area of Lake Powell, according to the San Juan County Sheriff's Office.

Russell was on a houseboat with others when her 2-year-old son went overboard, and she jumped into the water to help him. Neither of the two were wearing life jackets. Police state a "significant distance" developed between the pair and the boat before the vessel could be brought to a stop.

A family member untied a smaller boat from the houseboat and made it to the mother and child before they went completely under the water. Russell was able to hold her son above water long enough for him to be rescued, the press release stated.

"The conscious child was rescued from atop the mother’s chest however; the mother was unconscious when pulled from the water," according to the press release.

CPR was attempted after Russell was pulled from the water, and she was taken to Hall's Crossing Marina, where she was pronounced dead after efforts to revive her failed.

While a medical examiner will determine the official cause of death, the San Juan County Sheriff's Office stated they believe the woman drowned. Family members say Russell did not drown but rather suffered a heart attack while rescuing her son. Fox 13 News has not yet been able to verify that detail.

Russell is listed as an associate at a law firm, Welborn, Sullivan, Meck & Tooley. The firm posted a statement mourning her loss:

"Chelsey was an amazing mother, an exceptional legal talent, an extraordinary athlete, a loyal and generous friend, and left us all better for knowing her. She is sorely missed."

The child was flown to Flagstaff Medical Center in stable condition and for a precautionary medical evaluation.

Terri Tucker, Acting Superintendent for the recreation area, offered their condolences to the family.

“There are no words to convey the tragedy of losing a loved one like this,” she stated. “Our hearts are with the family and friends of the victims during this time of unexpected pain and loss."

Lydia Tomlinson, the victim's sister-in-law, said Russell was a hero.

"She is a mother beyond words," Tomlinson told Fox 13 News. "Her last act was that of a mother desperately trying to, and succeeding in, saving her son's life. Her children will remember her as the hero she was."