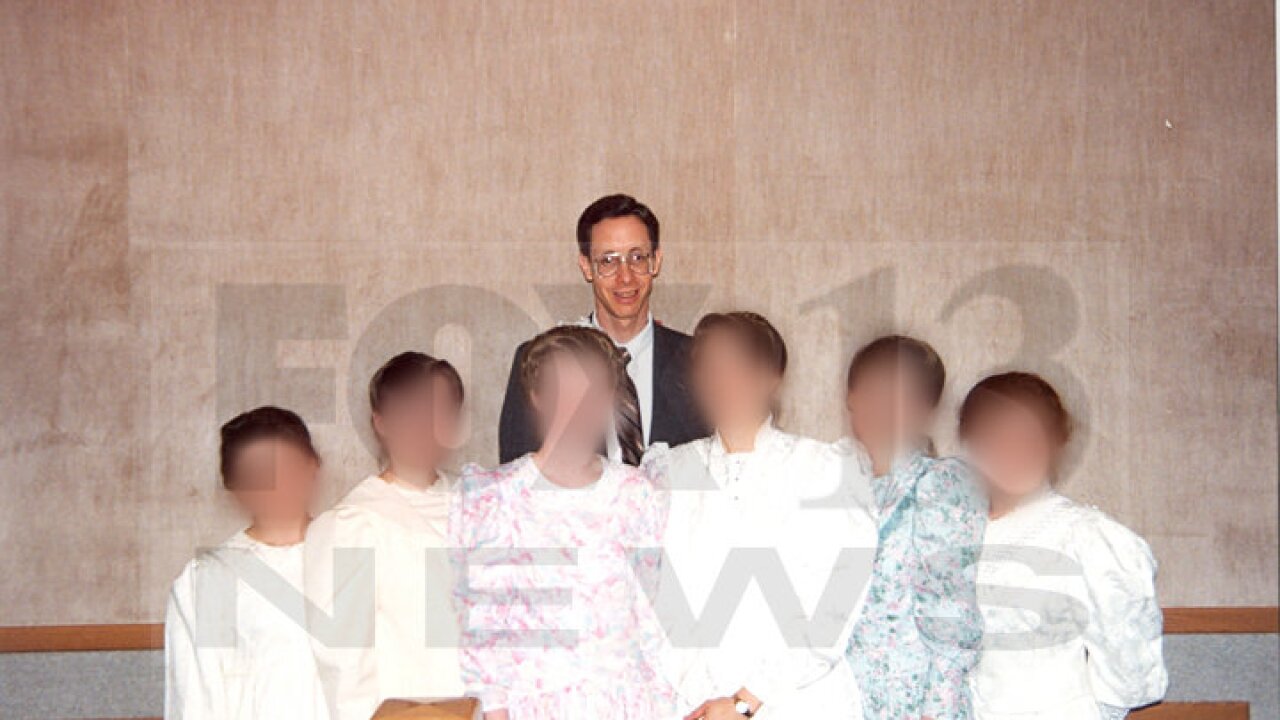 Polygamist leader Warren Jeffs and some of his wives in a photograph provided to FOX 13. (Faces have been blurred to protect the identities of any alleged crime victims.)

SALT LAKE CITY — A group of former members of the Fundamentalist LDS Church have asked a federal judge to reject requests to dismiss a lawsuit leveled against polygamist leader Warren Jeffs and his former law firm.

In a filing in U.S. District Court late Thursday, attorneys for 32 ex-FLDS members argued their lawsuit against the law firm Snow Christensen & Martineau, attorney Rod Parker and Jeffs himself had merit and needed to be heard by a jury.

Polygamist leader Warren Jeffs in a photo provided to FOX 13. (Faces blurred to protect the identity of any alleged crime victims)

“This is a case about a law firm that worked for decades to build, maintain and execute an illegal strategy, designed specifically and deliberately, with malice aforethought, to empower Warren Jeffs and his cronies to rape or severely abuse innumerable children and destroy hundreds of families,” wrote attorneys Brent Godfrey and Matthew Grimmer.

“Without the active, advance planning of specific torts and crimes and the ongoing support of Rod Parker and SC&M, Warren Jeffs could not have perpetrated those heinous acts for which he is now infamous throughout the world.”

Shortly after the lawsuit was filed in July, attorneys for Snow Christensen & Martineau and Parker asked a judge to dismiss the lawsuit, saying it was “lacking in merit” and failed to tie a long list of grievances against the FLDS Church to the law firm.

The attorneys for the ex-FLDS members accused the firm of participating in a pattern of criminal enterprise under RICO statutes.

“SC&M’s deliberate and knowing restructuring of the UEP Trust and enforcement thereafter of the provisions engrafted into it for the specific purpose of empowering Jeffs and his favored cohorts to commit rape, abuse, kidnapping, forced labor, extortion, unlawful taking of property and other torts and crimes detailed in the complaint over nearly a 20 year period,” they wrote. “Jeffs and his operation of the UEP Trust through SC&M’s restatement and enforcement actions satisfies the essential characteristics of an enterprise under RICO.”

Parker and SC&M have vigorously denied any wrongdoing, and have said an attorney’s representation of a client is not an endorsement of their views or activities.

Warren Jeffs, who was once a fugitive on the FBI’s Ten Most Wanted list, is currently serving life in a Texas prison for child sex assault related to underage marriages.

Court records show no hearing has been scheduled yet before a judge in the lawsuit.