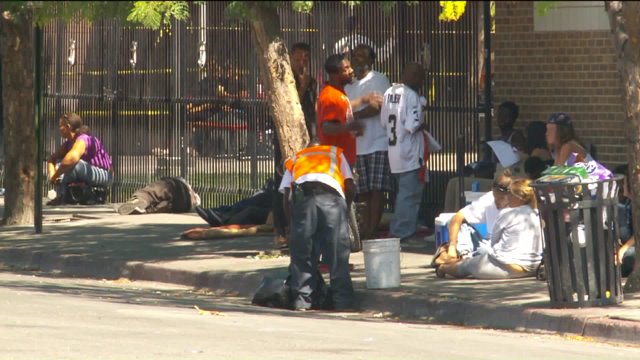 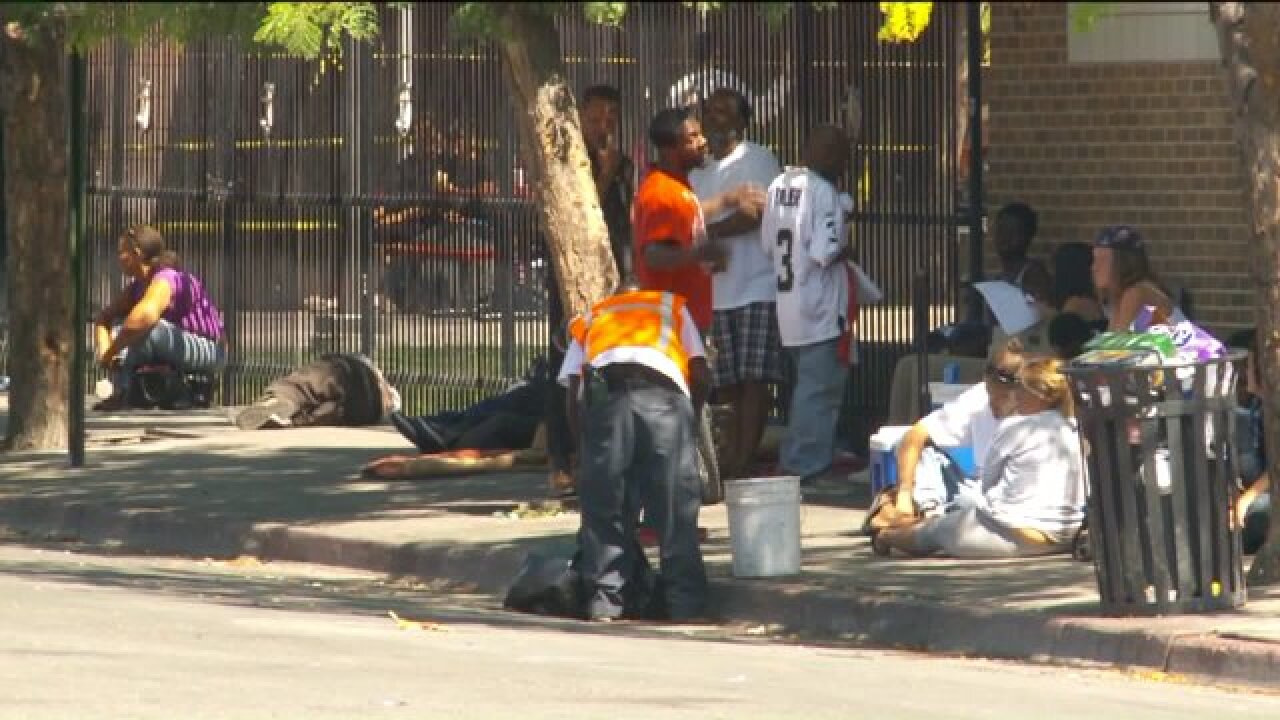 SALT LAKE CITY -- The Rio Grande area in Salt Lake City has been undergoing a face-lift in an effort to reduce problems that plague the area when it comes to homelessness.

Local businesses wonder how well these small steps will work on an issue they say is the worst they’ve ever seen.

Wednesday afternoon, dozens milled about on Rio Grande near 500 West and in Pioneer Park. Anyone walking in this area can catch this sight all day, every day.

“There's so much more crime and drug activity than ever before,” said Matt Caputo, C.E.O. of Tony Caputo’s Market and Deli across from Pioneer Park.

He’s seen what goes on, and he said it’s spilled into his business.

“Literally having people try and party in our bathrooms, utilize our facilities like they own the place,” he explained.

Caputo said they ended up investing thousands of dollars in a coin system for the bathrooms to keep the drug activity out. Salt Lake City has also spent time and resources trying to address the issues.

“It's a real primary concern for the city, and for the people who are working and living in that neighborhood,” said Stan Penfold, Salt Lake City Council Vice Chair.

In the past few weeks, the city ramped up efforts with visible, tangible changes and invested $500,000 toward improving the Rio Grande area.

“It started with more police on the streets,” explained Mike Reberg, Director of the City, Community, and Neighborhoods Department.

The Clean Team, made up of homeless employees, walks around and picks up garbage and human waste. Reberg said the team expanded their staff and coverage area.

Plus, he said, the city installed new LED lights to brighten the area at night for safety. Brand new chain link fences surround the permanent Portland Loo restrooms on 500 West, to cut down on loitering and drug use.

New Pit Stop toilets dot the area as well. An attendant at each of the three trailer-mounted Porta Potty stations monitors use, and keeps them clean and as drug free as possible.

The city can haul around the Pit Stop toilets to different locations, depending on need. They’re stationed in their respective spots from 7 a.m. to 7 p.m. and staffed during all of those hours. At night, the city takes them away for cleaning and storage.

Reberg said the city removed small, landscape-style rocks along the median of 500 West. Those rocks were often used to conceal drug paraphernalia. The city will also re-configure the long lines for the shelter, which often stretch down the sidewalks of Rio Grande each evening before the shelter opens.

He said they’ll move the lines off the sidewalk and into a different area, to make it safer for those walking down the street.

“So, there’s lot of things happening, going on to sort of try to make the day-to-day presence down here a little better,” Reberg said.

Caputo said he’s glad to hear about the several improvements, but he questions whether it’s enough.

Reberg admitted these are not long-term fixes. The changes are meant to help with immediate cleanliness and safety issues. He said the city is looking at other, larger projects, but those take time.

Reberg said they’ll work on dispersing the concentration of the homeless in the Rio Grande area, and they’re looking at new models for delivering services.

Reberg said it’ll be a 2-3 year process for the long-term solutions to start working.

In the meantime, he said the ongoing, every day fixes they implemented will help with the nefarious activity.

“We're trying to… keep things stable,” he said. “It's not like we're going to be making great strides, but every little thing we can do working on the margins helps.”