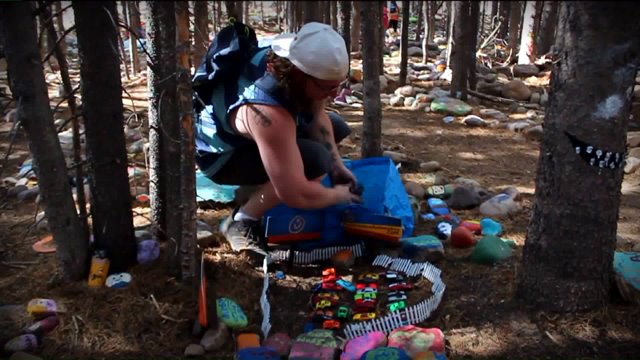 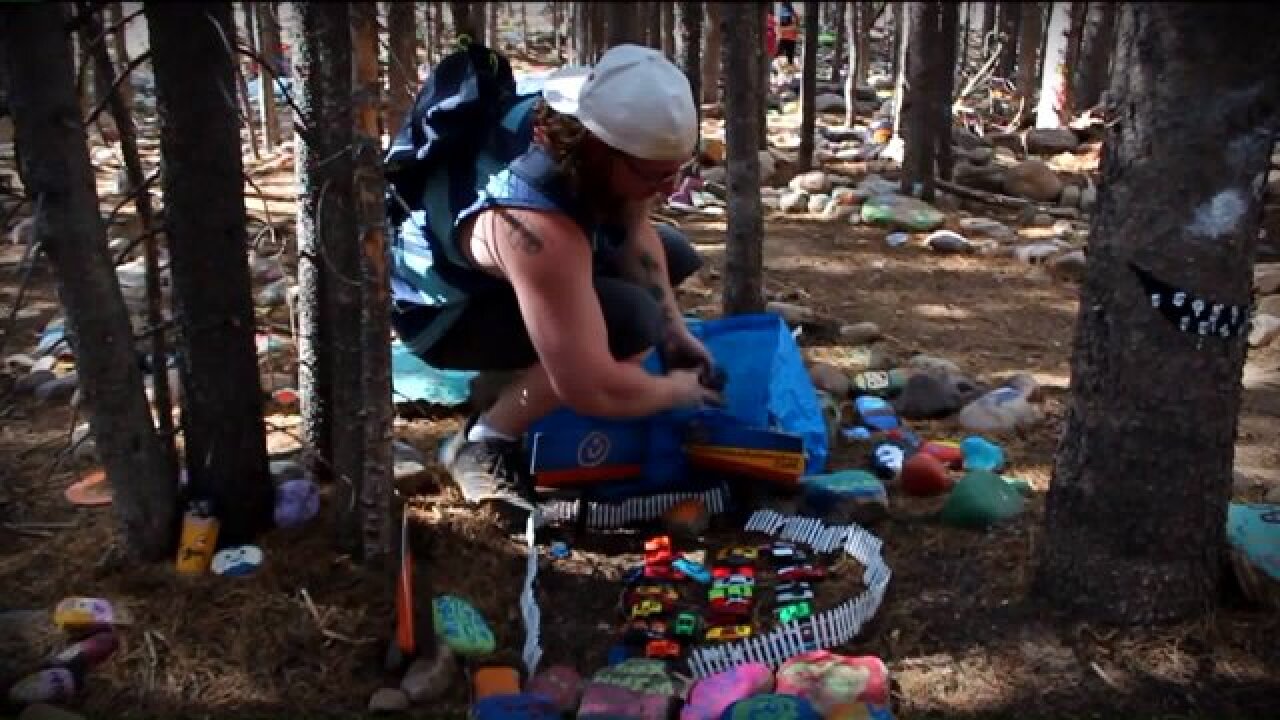 NORTHERN UTAH -- In July, FOX 13 News did a story about an increasingly popular attraction in the Unita-Wasatch-Cache National Forest known as the "Fairy Forest."

Found along the Mirror Lake Highway east of Kamas it draws dozens, if not hundreds, of visitors each day.

They wander into the woods to peruse the large number of mementos left by previous visitors, or to add their own. Many "shrines" are made up of painted rocks bearing family names. Others serve as tributes to favorite movies. Small ornamental fairy houses and figurines are also common.

Jeff Schramm with the U.S. Forest Service says many of these little "treasures" quickly turn into trash as time and weather take their toll. His staff removed "five truckloads" of debris from the Fairy Forest in 2015, and he anticipates removing more in the future.

After FOX 13 News' first story aired, a handful of people contacted the station with tips on the origin of the Fairy Forest. One person said it was created in tribute to a friend who died in a rock climbing accident. Another says practitioners of Wicca used the area for ceremonial purposes and built the first features.

Others pointed toward Scott Hayes, who tells FOX 13 he indeed moved the first rock.

Hayes provided photos detailing early changes the forest, including some which can still be seen today. 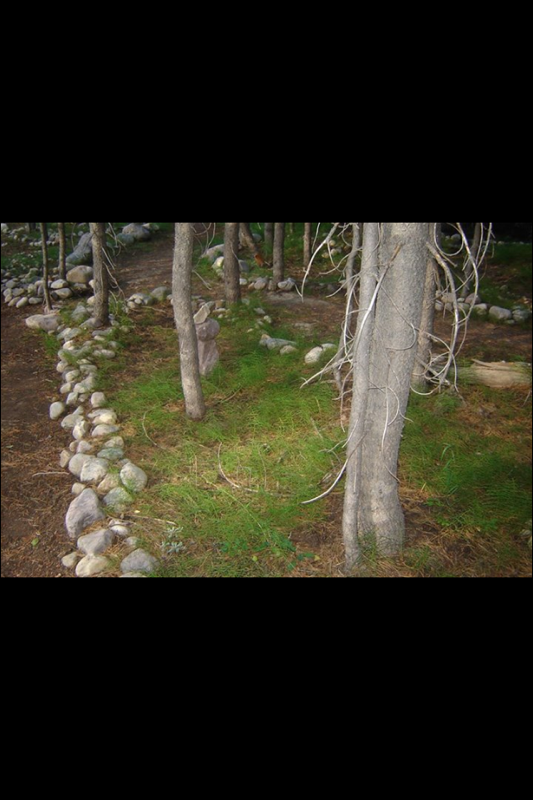 Hayes grew up in the Salt Lake Valley and said he made regular trips to the spot in the 1990s.

"We had a big group of high school friends that loved to hang out in the forest," Hayes told FOX 13.

Using the abundant supply of rocks in the area, Hayes says they first created pathways in the woods.

"All we had were backpacks," he said. "We'd go and load them up with as many rocks as we could carry, and we'd dump em, do six or seven trips, we'd take that pile and create a path."

After paths came a fire pit, makeshift furniture, and a few whimsical features.

But Hayes says his regular trips to the Fairy Forest ceased about five years ago when "the painters" took over. The location of his little spot in the woods was shared on Google maps, and once bloggers began writing about the site and encouraging people to bring paint and bobbles to attract fairies, the special spot, in his eyes, was ruined.

Looking over the area on a recent Saturday he said, "The only thing I can compare it to is a big line of train cars down in South Salt Lake with graffiti all over it waiting to be loaded."

Now, Hayes is on a mission.

The day FOX 13 met up with Hayes in the woods, he and a friend gathered hundreds of items not native to the forest and put them in the dumpster of a nearby campground.

He did pause for a moment after picking up one item in particular, a homemade memorial to a baby which lived only ten days. He carefully placed it back on the forest floor and moved on.

Hayes realizes many people, particularly those who've deposited items in the Fairy Forest, are likely to be angered by his actions. He hopes those people will return to the Fairy Forest soon to retrieve items they'd like to save and display elsewhere.

Scott Hayes has created a Facebook Group for those who share his interest in returning the Fairy Forest to a more natural state.