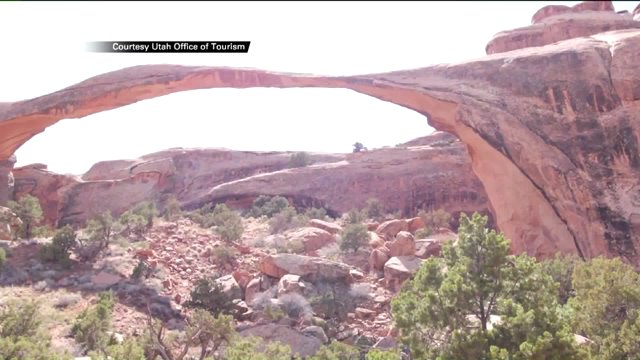 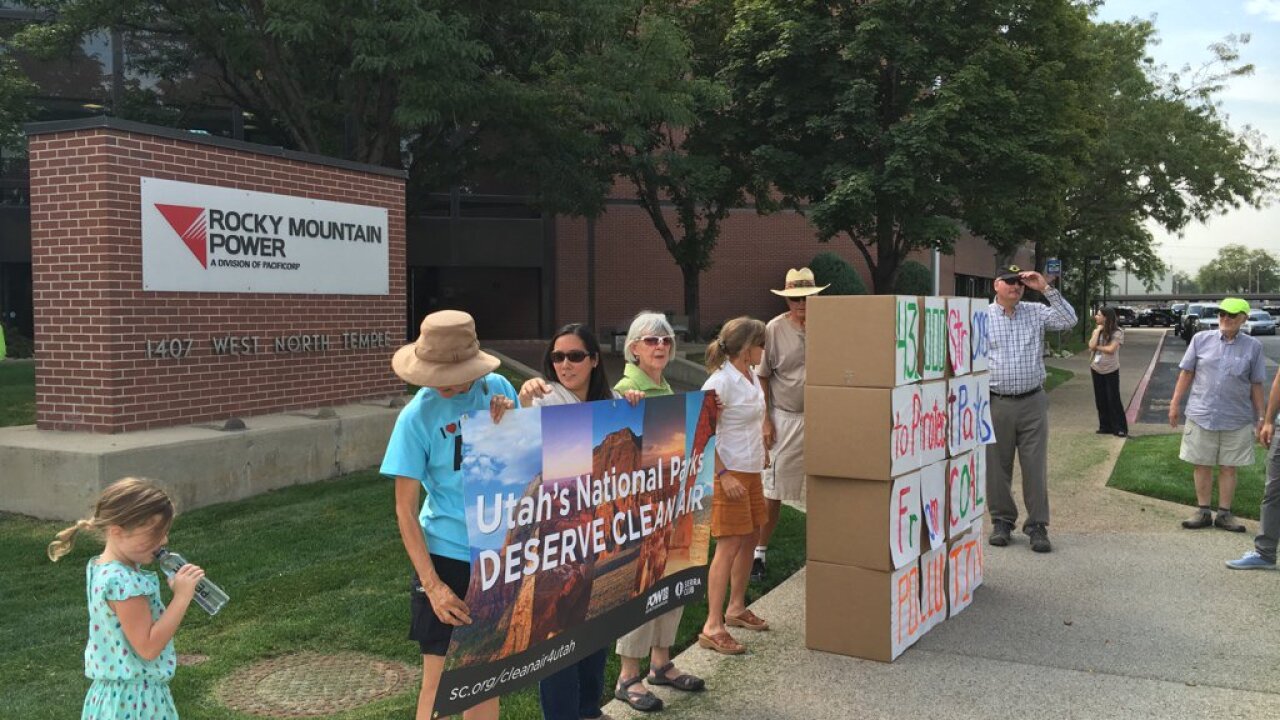 SALT LAKE CITY -- Environmental groups are pressuring Rocky Mountain Power to drop a planned lawsuit against the Environmental Protection Agency over new regulations to deal with haze over some of the state's most scenic national parks.

Activists delivered petitions containing 43,000 signatures to the headquarters of Rocky Mountain Power on Tuesday. They also put up a billboard outside the North Temple building urging the utility to comply with EPA requirements to take steps to eliminate regional haze.

The Utah Chapter of the Sierra Club claims the haze caused by Rocky Mountain Power's Hunter and Huntington coal plants in Emery County contributes to poor visibility at Arches and Canyonlands National Parks outside Moab.

"Arches and Canyonlands are impaired by human-caused haze 83 percent of the time," said the Sierra Club's Lindsay Beebe.

The EPA has required Rocky Mountain Power to install technology that environmentalists insist will reduce emissions and reduce the visibility problem.

"Their request is made based on bad science and it's just bad for customers," utility spokesman Paul Murphy said Tuesday. "They're the ones who have to pay an additional $700 million for these controls that won't make any difference at all."

Murphy said Rocky Mountain Power has already spent millions on clean air technology at its Hunter and Huntington plants with success. But he said the EPA requirements would not change anything, except increase the power bill for customers.

The Sierra Club, HEAL Utah and Utah Physicians for a Healthy Environment are pressuring Rocky Mountain Power not to proceed with a planned lawsuit over the EPA regulations. The deadline for notice of any appeal is September 6. Murphy said Rocky Mountain Power was moving forward, and the state of Utah might join them.

"Rocky Mountain Power as a corporation -- as I see it -- is looking out for their bottom line, and not in the best interests of Utahns and future generations of Utahns," said Beebe.