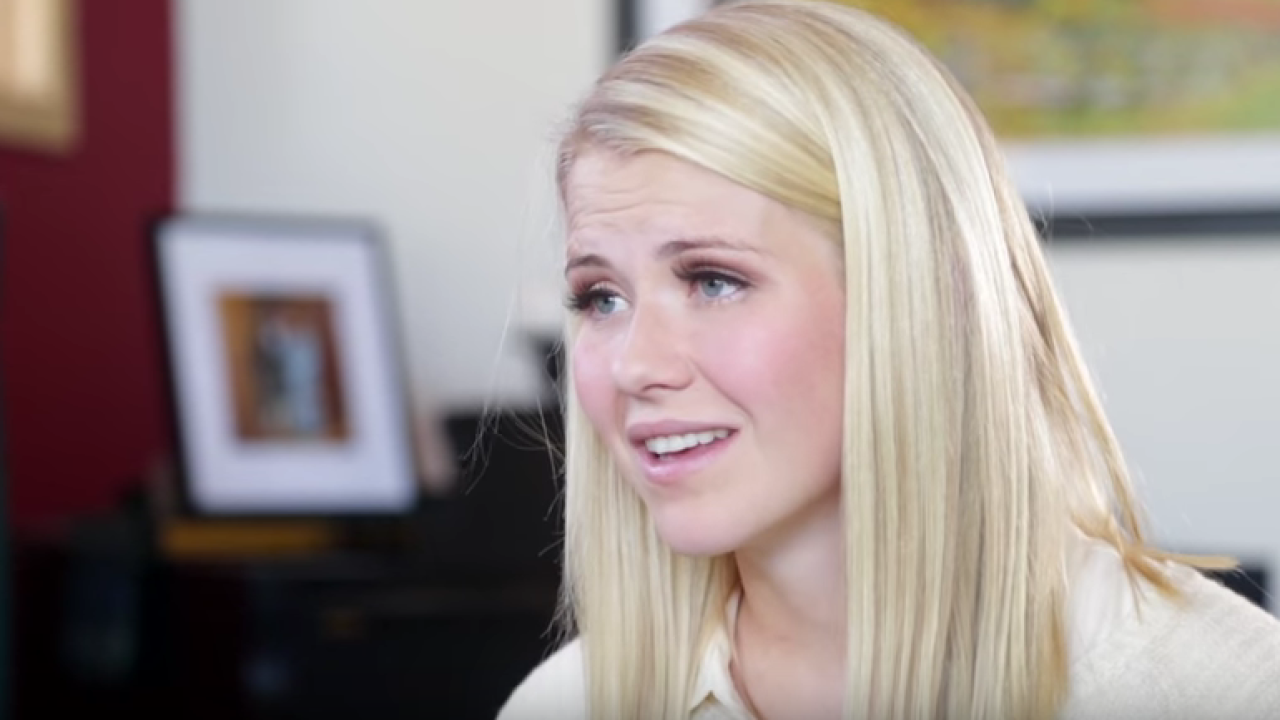 Elizabeth Smart in a video for the anti-pornography group “Fight the New Drug.” (via YouTube)

SALT LAKE CITY — Elizabeth Smart, who was kidnapped from her bedroom at age 14 and held captive for nine months, is speaking about the harms associated with pornography.

The video, produced by the anti-porn group “Fight the New Drug,” features Smart retelling the story of her ordeal at the hands of homeless street preacher Brian David Mitchell and his wife, Wanda Barzee. Smart describes being raped repeatedly, and Mitchell showing her hardcore pornography.

“I remember he pulled out this magazine full of hardcore pornography and I remember he would just sit and look at it and stare at it,” she recalls in the video. “He’d just talk about these women and then when he was done, he would turn and he would look at me and be like, ‘Now, we’re going to to do this.’ It just led to him raping me more, more than he already did, which was a lot.”

Elizabeth Smart in a video for the anti-pornography group “Fight the New Drug.” (via YouTube)

Smart blames pornography for contributing to Mitchell’s attacks on her.

Smart was abducted from her bedroom in 2002 at knifepoint by Mitchell, a homeless street preacher who had sought to make her one of his “wives.” She was held captive for nine months until being spotted walking down State Street in the company of Mitchell and Barzee.

The video features clips from the search for Smart as she describes how she has moved on and become an advocate for abuse victims and an opponent of pornography.

Mitchell is serving a life sentence in federal prison for his role in the kidnapping. Barzee is serving a prison term in the Utah State Prison with a parole hearing scheduled for 2018. In a 2013 interview with FOX 13, Elizabeth Smart said she had forgiven both of them for what they did to her.