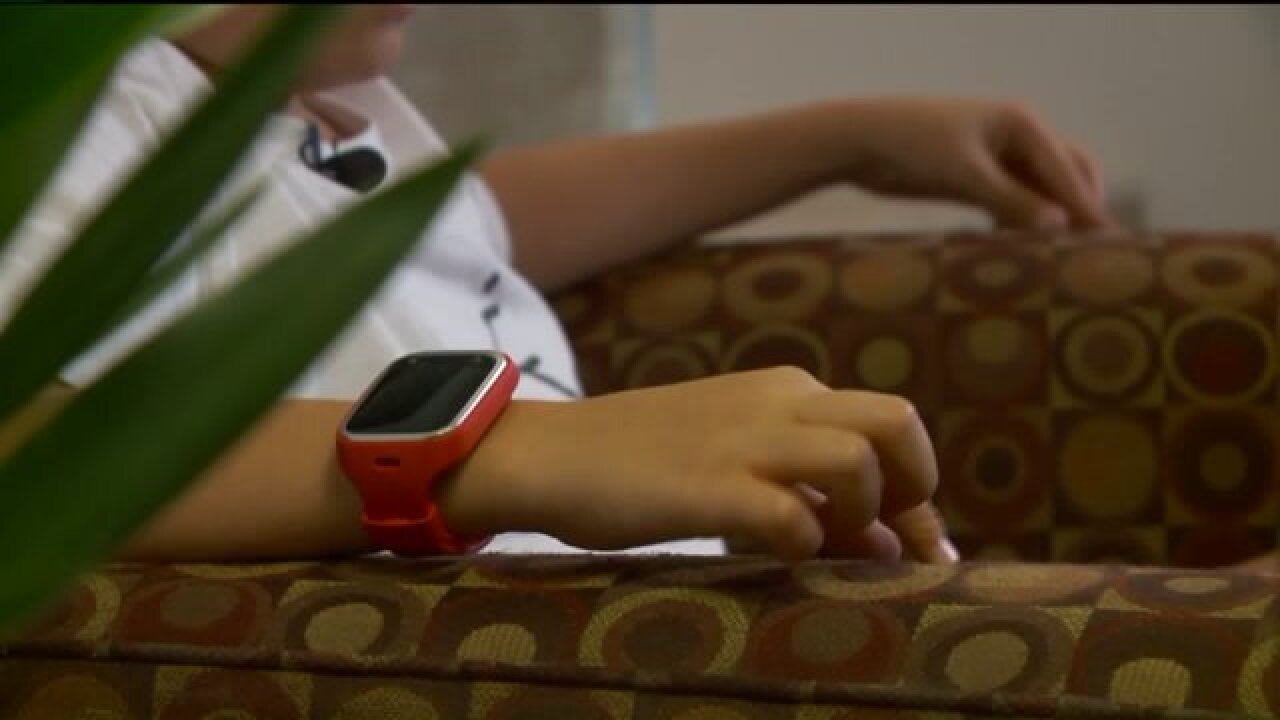 SARATOGA SPRINGS, Utah -- A 9-year-old boy abducted by a stranger in Saratoga Springs says he jumped from a moving vehicle and hid behind a dumpster in order to escape.

The boy, named Aiden, says his quick thinking and brave actions combined with a Gizmo Watch helped him survive.

He was walking through his own Saratoga Springs neighborhood Tuesday afternoon to meet a friend at the Aldara apartments, when he says a strange man in a strange SUV pulled up beside him.

"He got out of the car, walking, and then he just charged at me," Aiden said. "I ran as fast as I could, but I tripped and I fell and he caught me."

Aiden said he was thrown in the back seat of the vehicle.

"He just tried to put duct tape over my mouth, so I couldn't scream, so I just punched it away," he said.

The suspect drove a few blocks, when he turned behind a nearby Smith's Grocery Store.

That's when Aiden said he jumped from the SUV, spraining his ankle.

"My family is more important than breaking a bone," he said.

The suspect stopped the SUV when he realized Aiden had escaped.

"He started following me, I hid behind a dumpster," Aiden said.

As the man searched for Aiden, the frightened child said he turned to his Gizmo and he called his mom.

"Apparently my step-dad answered it because he was holding my mom's phone, and I could hear wheels squealing from his car," Aiden said.

Within a few minutes, Aiden was back with his family. The Gizmo Watch allows kids to make calls and receive calls with up to four different people.

The watch also has a built-in GPS. Aiden said he doesn't know how long he may have been hiding behind that dumpster without it.

"If moms are watching this, say this to your kids, 'Get a Gizmo for them,'" Aiden said.

As for the suspect in this case, police are asking for the public's help in finding him. He is being described as a white man with long black hair and a goatee. He was driving a tan, late '90s Chevy Tahoe.