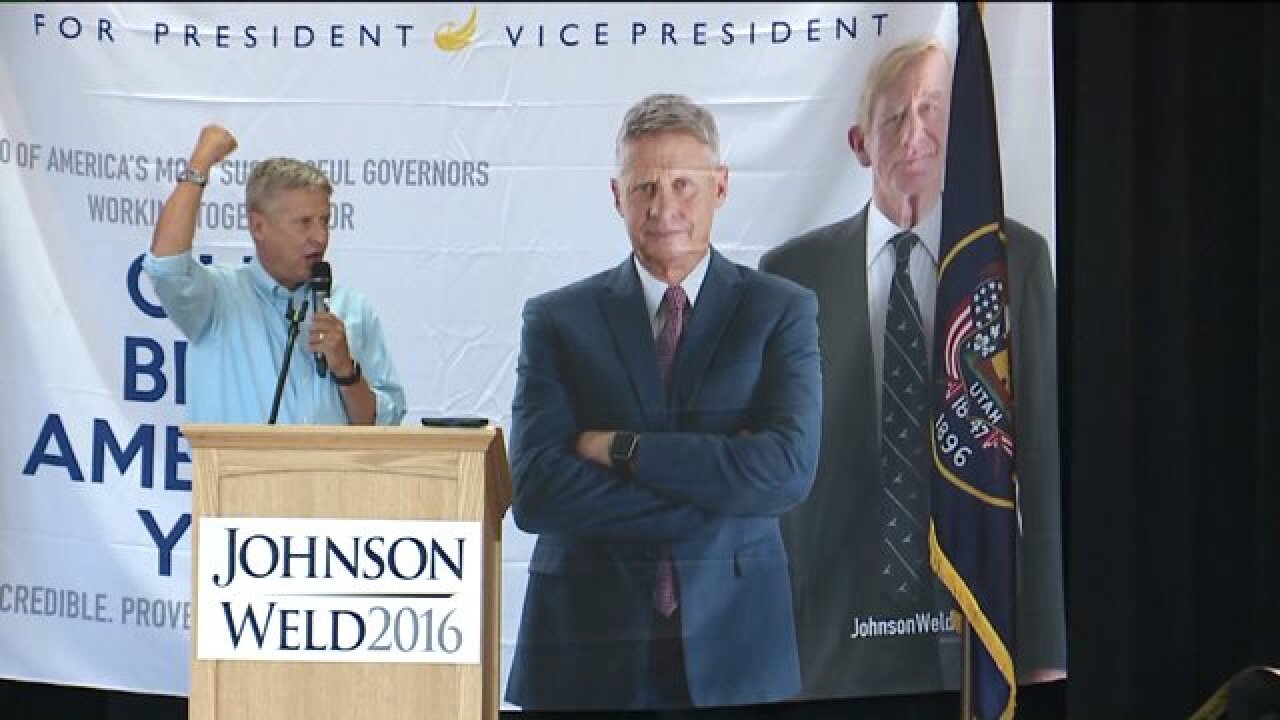 SALT LAKE CITY – Hundreds of people attended a rally at University of Utah Saturday as Libertarian presidential candidate Gary Johnson offered himself as an alternative to voters wary of Clinton and Trump.

"The polarization of Washington D.C. is going to be greater than ever," Johnson said of whoever wins between Clinton or Trump. "What if you have a couple of Libertarians elected, a couple of former governors that were Republicans in Democratic states? Officials that hire from both sides and challenge both sides to come to the table?"

The rally was the campaign’s first stop in Utah, and the crowd was a mix of committed Johnson supporters and others who have yet to make up their mind.

Kennedy and her boyfriend were among the hundreds who listened to Johnson and Weld speak for about two hours.

During his remarks, Johnson listed the issues his campaign wants to focus on, like reducing taxes, embracing immigration, supporting the legalization of marijuana, moving toward less military involvement overseas, and being pro-choice on women's right to choose.

Johnson said they are excited for the opportunity to educate voters about their platform, even as he acknowledged that he and Weld may not be on everyone's radar, yet.

“And that’s also exciting about moving forward is that 60 percent of Americans don’t even know who we are,” Johnson said.

Johnson is currently polling at about 10-12 percent nationally. He would need at least 15 percent to be eligible to participate in the upcoming presidential debates.