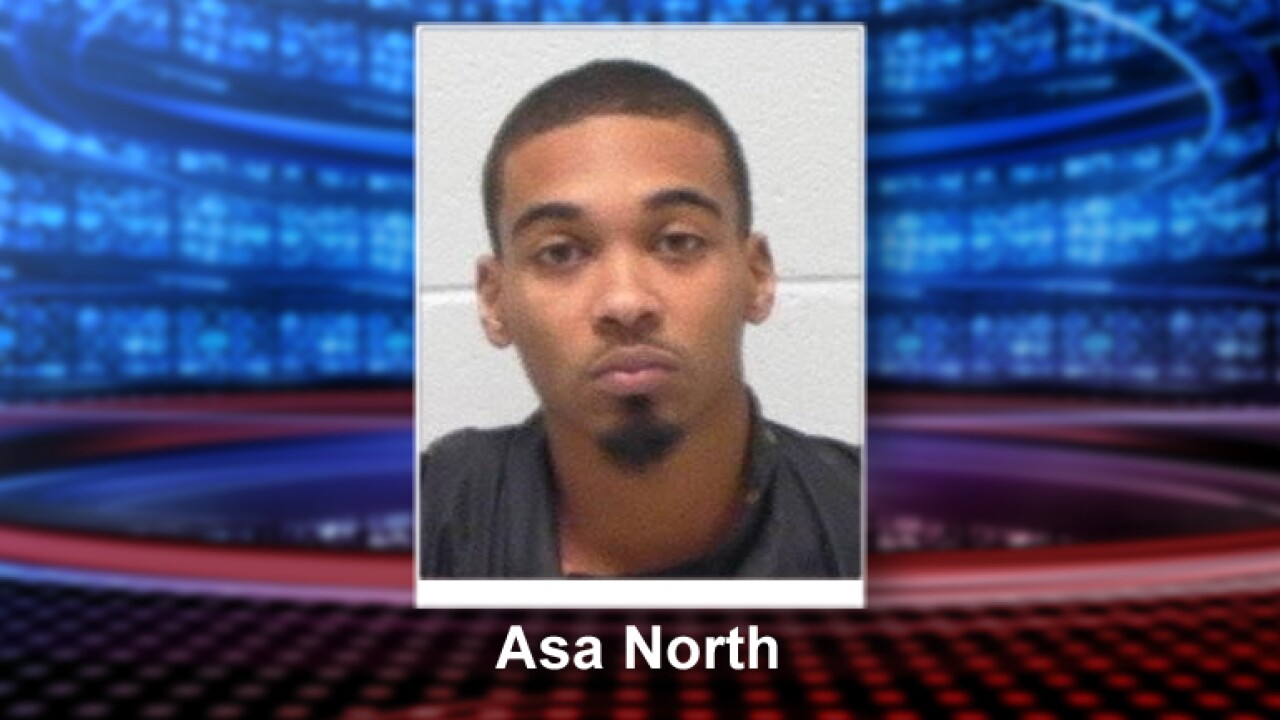 The twins’ father, Asa North, 24, is expected to be charged with two counts of involuntary manslaughter and two counts of reckless conduct, according to Dobbs. Credit: Carroll County Sheriff

By Faith Karimi and Khushbu Shah

(CNN) — Police arrested a father after the deaths of his toddler twin daughters who were left in a hot car in western Georgia, authorities say.

“We do believe they were left in the car for a period of time,” Carrollton police Capt. Chris Dobbs said.

Police said they were investigating the case under the assumption the girls died because of the heat inside the car; autopsies were to be conducted Friday morning.

Dobbs said neighbors of the family in Carrollton called 911 on Thursday evening after hearing screaming and yelling.

When police arrived at a duplex, the twins were out of the car and in a kiddie pool, where their father was trying to revive them. Frantic neighbors tried to lower their body temperatures using ice packs, Dobbs said.

The toddlers, Ariel Roxanne North and Alaynah Maryanne North, were transported to the hospital but did not survive.

The twins’ father, Asa North, 24, is expected to be charged with two counts of involuntary manslaughter and two counts of reckless conduct, according to Dobbs.

North had been consuming alcohol, and police are investigating whether it played a role in the twins’ deaths, Dobbs said.

The mother was visiting a sick relative out of town at the time but has since returned to Carrollton, he said. A car at the scene has been impounded.

If the investigation confirms the deaths are heat-related, it’ll add to the debate on how to prevent such deaths.

So far this year, at least 24 children in the United States have died as a result of hot cars, according to the national safety advocacy organization KidsAndCars. The deaths of the twins in Georgia, if they’re confirmed to be heat-related, would put that number at 26, the group said.

That would exceed the number of children — 24 — that the National Highway Traffic Safety Administration said died nationwide from heatstroke in vehicles in all of 2015.

The average yearly number since 1998 has been 37, according to the National Safety Council. Since 1990, the highest yearly total was 49, in 2010, KidsAndCars says.

Of the children who die this way, 87% are age 3 and younger, KidsAndCars founder Janette Fennell said.

It could happen to anyone

There are typically two set of circumstances that lead to this kind of tragedy: Children either climb into a car on their own or a distracted adult leaves them in the car.

Fennell’s organization urges parents and caretakers to read its safety tips, which include looking in the back seat each time you get out of the car and putting something you need in your back seat — a cell phone, handbag, employee ID or briefcase — to ensure that you check.

“The biggest mistake people make is thinking that it can’t happen to them,” she said. “Everyone should practice those safety measures and do whatever they have to do to remind themselves to check the back seat.”

Fennell also said she believes technology could save lives.

“You can’t buy a car (today) that doesn’t turn your headlights off for you or remind you to turn off your headlights,” said Fennell, who argues such changes show the auto industry realizes people are human and will forget to do things such as turn off the lights.

“And the question just begging to be answered is, who has decided it’s more important not to have a dead car battery than a dead baby? And I don’t say that to be harsh or sensational. It’s just a fact.”