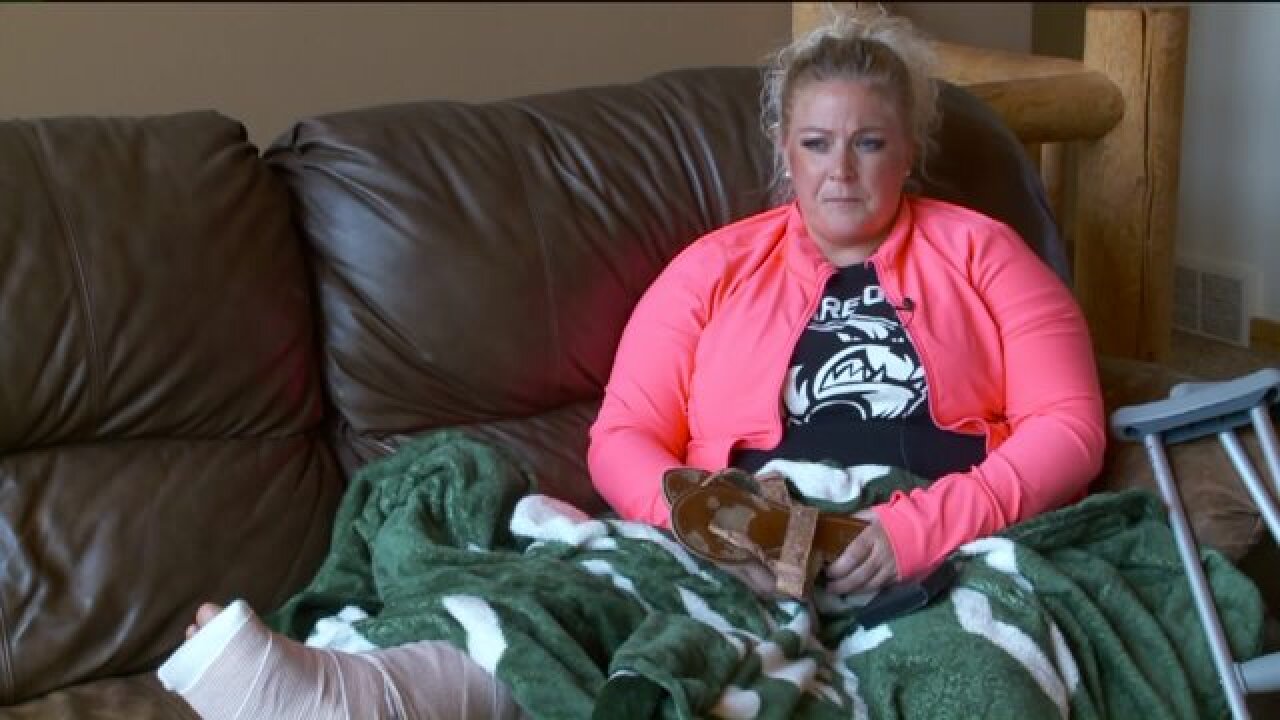 WASATCH COUNTY, Utah --  Two of the three spectators who were injured at a demolition derby in Heber spoke about the incident with FOX 13.

Duke, her husband Will and their three sons were sitting in a back row at the fairgrounds when the incident occurred.

“The full impact of it landed on my ankle so I don't know how my ankle didn't shatter to pieces,” Sonya Duke said. “I feel so lucky.”

The drive shaft sliced through Liam's cowboy boots and cut his ankle.

“I saw it hit my mom and I didn’t know I was hit because I was so worried about her,” Liam said.

Sonya and Liam were both taken to Heber Valley Medical Center. Liam was treated and released that night, but Sonya was in the hospital for two days.

The driver whose vehicle was the source of the flying drive shaft found Sonya on Facebook and apologized.

“He feels terrible and he called to check on me and stuff,” said Sonya. “He had been getting a lot of, um, flak from people saying 'You know, it was his workmanship.' We don’t blame anybody."

Will gave Sonya some flowers and chocolate when he brought her home from the hospital Monday, which happened to be their 18th wedding anniversary.

The third spectator who was hit by the flying debris declined FOX 13's request for comment.