More than 100 bunnies found dead, injured on the side of road in Weber County 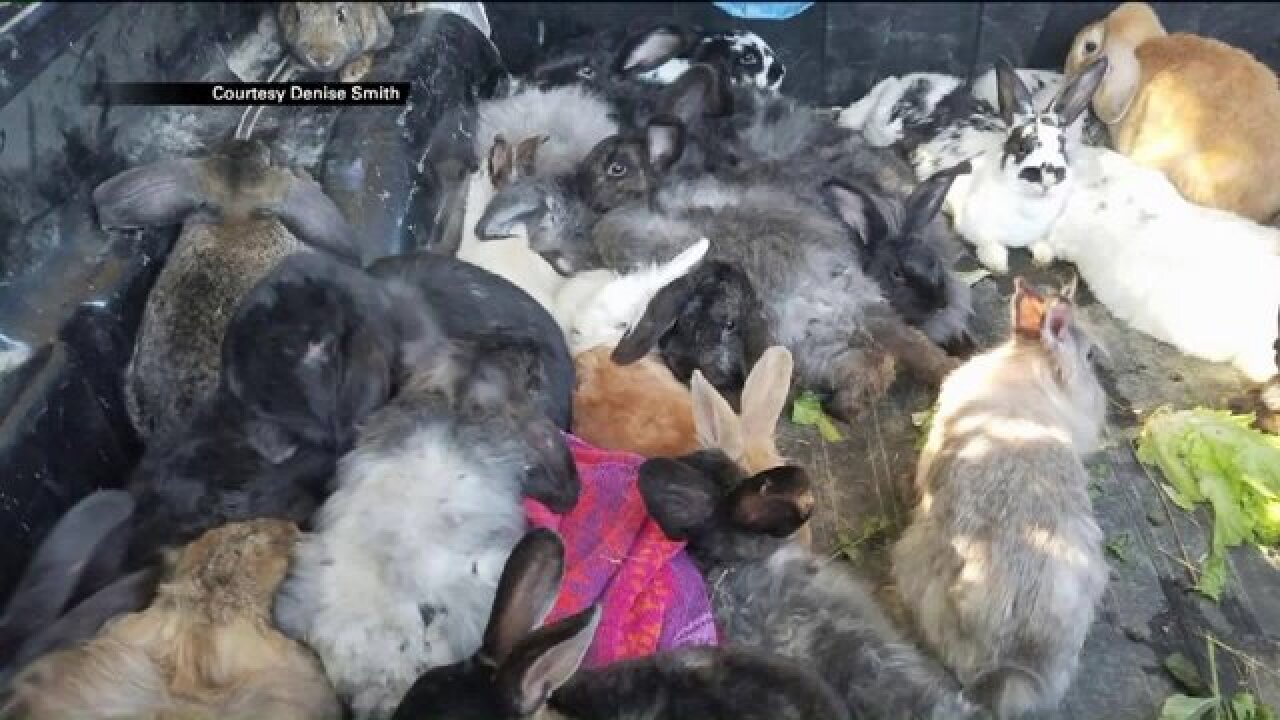 OGDEN, Utah - An Ogden family says it was intentionally done.

Driving down a dirt road not far from their own home, the Malan and Matue family says there's not much between them and the nearest town, so imagine their surprise when they came across nearly 100 rabbits left on the side of the road.

"They were everywhere," Ryan Malan said. "Some were already dying in the middle of the road."

"You automatically go into panic mode," Casey Matue said. "What can I do to save them?"

Malan shuffled through the field on Monday, showing a FOX13 news reporter where he found most of the bunnies, on three occasions stopping to pick up another one.

"The ground is too hard for them to burrow," Malan pointed out.

The two brother-in-laws and their kids found over 100 in total, though at least 20 of them were dead before they could get to them.

The families grabbed as many as they could, about 90, to head toward Cache Valley Safe Haven For Rabbits. Unfortunately, only about 60 of them made it to the end of the 45-minute drive alive.

"A lot of them have come in with bite wounds and missing ears," said Jennifer Simpson, who owns the sanctuary.

Simpson noted that normally she can only house about 30 rabbits.

"But then I got the call yesterday," she said. "What can you do? I had to help."

Now Simpson's safe haven is being pushed to the limits. To help find the rabbits a home quickly, Simpson is giving the rabbits to homes with responsible pet owners free of charge.

However, she is open to donations as well. The remaining rabbits need feeding until they can find homes.

The link to the GoFundMe account can be found here: https://www.gofundme.com/rabbitsafehaven

Those looking to adopt one of the bunnies are strongly encouraged to bring them to local vets to get checked out. The cost to feed a 7-pound rabbit for a month, ranges from about $15-$20.

As for whoever is responsible for dumping the rabbits in the first place, Matue says he's already reached out to the local sheriff's department in hopes they may investigate.